Baking, a Thor + Avengers Crossover fanfic. He'd been coming back from the gym when he'd heard the startled scream from the kitchen area from the floor above. 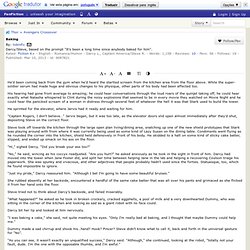 While the super-soldier serum had made huge and obvious changes to his physique, other parts of his body had been affected too. His hearing had gone from average to amazing; he could hear conversations through the loud roars of the quinjet taking off, he could hear exactly what Natasha whispered to Clint during the noisy explosions that seemed to be in every movie they watched on Movie Night and he could hear the panicked scream of a woman in distress through several feet of whatever the hell it was that Stark used to build the tower. He sprinted for the elevator, where Jarvis had it ready and waiting for him. "Captain Rogers, I don't believe…" Jarvis began, but it was too late, as the elevator doors slid open almost immediately after they'd shut, depositing Steve on the correct floor. Doctor Decaf, a Thor + Avengers Crossover fanfic. Coffee. 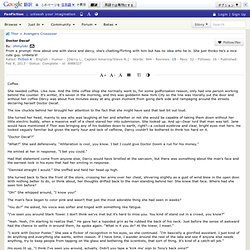 She needed coffee. Like now. And the little coffee shop she normally went to, for some godforsaken reason, only had one person working behind the counter. It's winter, It's seven in the morning, and this was goddamn New York City so the line was literally out the door and without her coffee Darcy was about five minutes away at any given moment from going dark side and rampaging around the streets declaring herself Doctor Decaf.

The low chuckle behind her brought her attention to the fact that she might have said that last bit out loud. She turned her head, mainly to see who was laughing at her and whether or not she would be capable of taking them down without her little electric buddy, when a massive wall of a chest stared her into submission. "Doctor Decaf? " "What? " He smiled at her in response, "I bet you could. " Hey Jealousy, a Thor + Avengers Crossover fanfic. Steve's never been jealous of Bucky for anything. 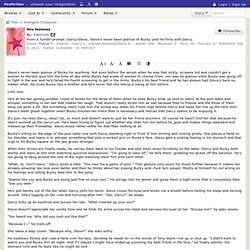 Not even before the serum when he was that sickly, scrawny kid and couldn't get a woman to literally give him the time of day while Bucky had scads of women to choose from; nor was he jealous when Bucky was going off to fight in the war and he'd failed his fourth screening to get in the Army. Day of Fools, a thor fanfic. Lookie! 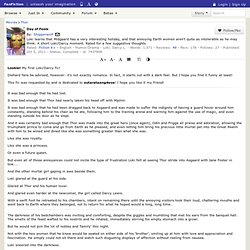 My first Loki/Darcy fic! Diehard fans be advised, however: it's not exactly romance. In fact, it starts out with a dark feel. Finding the Path Chapter 10, a Thor + Avengers Crossover fanfic. Steve shifted in his seat and sighed. 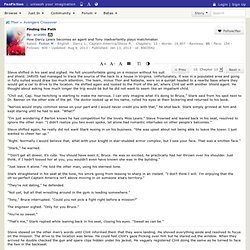 He felt uncomfortable going on a mission without his suit and shield. JARVIS had managed to trace the source of the hack to a house in Virginia. Unfortunately, it was in a populated area and going in fully suited would draw too much attention. The team, minus Thor and Natasha, were on a quinjet headed to a nearby base where they would get a car to drive to the location. He shifted again and looked to the front of the jet, where Clint sat with another Shield agent. Bets, Butts and Mario Party, a Thor + Avengers Crossover fanfic. I don't own anything and I was inspired by some awesome fanart I saw on tumblr. 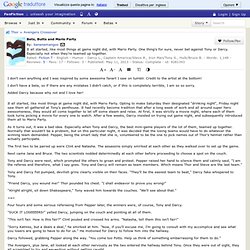 Credit to the artist at the bottom! I don't have a beta, so if there are any mistakes I didn't catch, or if this is completely terrible, I am so so sorry. Added Darcy because why not and I love her! It all started, like most things at game night did, with Mario Party. Opting to make Saturday their designated "drinking night", Friday night saw them all gathered at Tony's penthouse. Love and Other Lies Chapter 1, a thor fanfic. Disclaimer: I don't own. 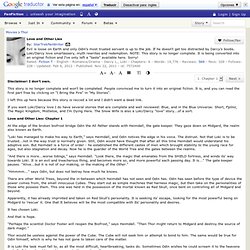 This story is no longer complete and won't be completed. People convinced me to turn it into an original fiction. It is, and you can read the first part free by clicking on "I Bring the Fire" in "My Stories". How to Defend Against the Home Invader, Claus, a thor fanfic. Tony Stark failed miserably at looking innocent. 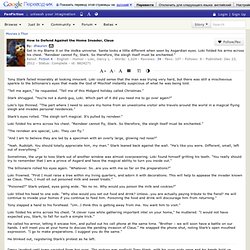 Loki could sense that the man was trying very hard, but there was still a mischievous sparkle to the billionaire's eyes that made the God of Mischief instantly suspicious of what he was being told. "Tell me again," he requested. "Tell me of this Midgard holiday called Christmas. " Stark shrugged. Everything Is Now, and We Are Here Chapter 3: Dream 2, a Thor + Avengers Crossover fanfic.

Dream #2 From a prompt by Achlys: childhood memories. 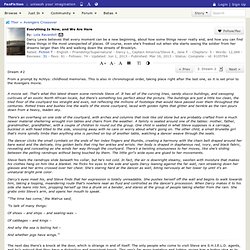 This is also in chronological order, taking place right after the last one, so it is set prior to the Avengers movie. Movie Night Chapter 6, a thor fanfic. I own nothing except some imagination. 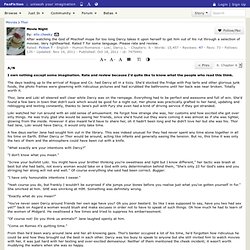 Rate and review because I'd quite like to know what the people who read this think. The days leading up to the arrival of Rogue and Co. had Darcy all in a tizzy. She'd stocked the fridge with Pop tarts and other glorious junk foods, the photo frames were gleaming with ridiculous pictures and had scrubbed the bathrooms until her back was near broken. Totally worth it. Thor, Jane and Loki all steered well clear while Darcy was on the rampage. Loki watched her run around with an odd sense of amusement. Darcy's adventures in SHIELD, a Thor + Avengers Crossover fanfic. Darcy's adventures in SHIELD [A.N] This is an Avengers/Thor one-shot. It is also my first story, so be gentle. The Subconscious Speaks Volumes Chapter 1, a Thor + Avengers Crossover fanfic. Part One "Is it a power source like the tesseract? " The question hung in the air for a moment. It was a very real possibility that anything they found could be just as dangerous and powerful as the cube taken by Thor.

None of them were eager to repeat past mistakes. Nick shared a worried look with Barton before they turned their attention to Doctor Selvig. Selvig shook his head, but his expression was grim. Blame it on the Vodka Chapter 12, a thor fanfic. Odin wouldn't really banish Loki to Jotunheim, would he? That thought seems to have made all of you nervous!

Remember…this is Loki we're talking about. He's very resourceful. Thanks for all the reviews from the last chapter! Everything Is Now, and We Are Here Chapter 3: Dream 2, a Thor + Avengers Crossover fanfic.