Medieval Price List. The list of medieval prices which follows is by no means complete or thoroughly researched; I merely extracted references from some of the books I have, and I thought others might like to inspect it. 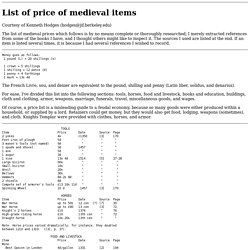 The sources I used are listed at the end. If an item is listed several times, it is because I had several references I wished to record. Money goes as follows: 1 pound (L) = 20 shillings (s) 1 crown = 5 shillings 1 shilling = 12 pence (d) 1 penny = 4 farthings 1 mark = 13s 4d. Fortified Places > 3D > Dunkirk. By the mid-17th century the channel port of Dunkirk had a reputation for being a haven for privateers who were a menace to Dutch and English shipping. 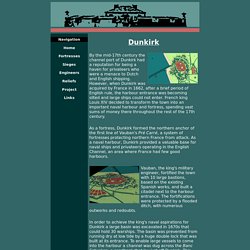 However, when Dunkirk was acquired by France in 1662, after a brief period of English rule, the harbour entrance was becoming silted and large ships could not enter. French king Louis XIV decided to transform the town into an important naval harbour and fortress, spending vast sums of money there throughout the rest of the 17th century. As a fortress, Dunkirk formed the northern anchor of the first line of Vauban's Pré Carré, a system of fortresses protecting northern France from attack. As a naval harbour, Dunkirk provided a valuable base for naval ships and privateers operating in the English Channel, an area where France had few good harbours. Vauban, the king's military engineer, fortified the town with 10 large bastions, based on the existing Spanish works, and built a citadel next to the harbour entrance. 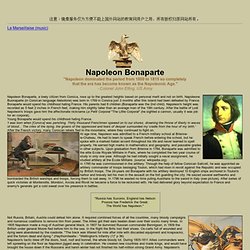 It required combined forces of all the countries, many bloody campaigns and numerous coalitions to remove him from power. The Allies got their ears beaten down over their socks many times. In 1805 Napoleon made a mug of Austrian general Mack, in 1807 he dummied Russian commander Bennigsen, in 1809 the British under general Moore fled before him to the sea. In the flight the Brits lost their shoes. Ox-carts full of wounded and dying were abandoned by the roadside. "He knew how 'to speak to the soul' of his officers and men. The emperors, kings and princes were shaken, their armies and best generals were defeated, their countries were conquered, their capitols were captured. On April 20, 1814 the Emperor of France bid farewell to the soldiers of his Old Guard. Napoleonic battle in 1812. 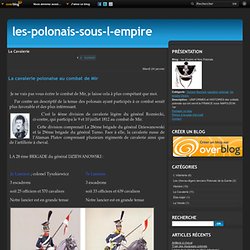 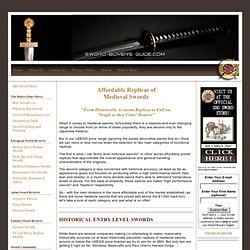 But in our US$300 price range (ignoring the purely decorative pieces that is) I think we can more or less narrow down the selection to two main categories of functional replicas. The first is what I call "entry level historical swords". In other words affordably priced replicas that approximate the overall appearance and general handling characteristics of the originals.

The second category is less concerned with historical accuracy (at least as far as appearance goes) but focuses on producing either a high performance sword (fast, lean and deadly) or a much more durable sword that's able to withstand tremendous levels of abuse. For the sake of simplicity, these swords are called "high performance swords" and "beaters" respectively. Windlass Medieval Swords Windlass Steelcrafts Medieval Sword Reviews Deepeeka Why? ARMAE Reproductions d'armes et d'armures historiques.