Transplant Ethics. The President's Council on Bioethics: Organ Transplantation: Ethical Dilemmas and Policy Choices. This topic was discussed at the Council's January 2003 meeting. 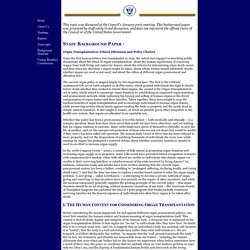 This background paper was prepared by staff solely to aid discussion, and does not represent the official views of the Council or of the United States Government. Organ Transplantation: Ethical Dilemmas and Policy Choices Since the first human kidney was transplanted in 1954, the nation has engaged in searching public discussions about the ethics of organ transplantation: about the human significance of removing organs from both living and cadaveric donors; about the criteria for determining when death occurs and thus when the decedent's organs might be taken; about whose wishes should ultimately decide whether organs are used or not used; and about the ethics of different organ procurement and allocation laws. Whether this policy has been a great success or terrible failure – both medically and ethically – is a complex question. Organ Donation and Religion, Religious Positions on Organ Donation. All major religions in the world view organ donation as act of charity or make it clear that it is a decision to be left up to the individual or family. 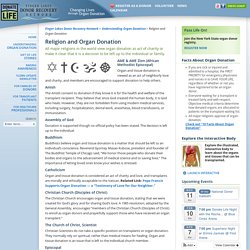 AME & AME Zion (African Methodist Episcopal) Organ and tissue donation is viewed as an act of neighborly love and charity, and members are encouraged to support donation to help others. Amish The Amish consent to donation if they know it is for the health and welfare of the transplant recipient. They believe that since God created the human body, it is God who heals. Donating body to science. Quote: Actually, canon law theory (and canons themselves) require that when a canon is silent on the specifics, previous Church tradition and law must be consulted. 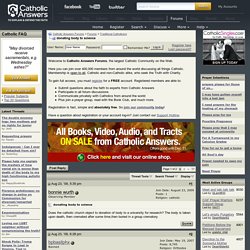 To ignore previous teaching and law and say "Well it doesn't say where or how or when; ergo it is allowed in all cases where it doesn't forbid it" is not in keeping with Church law or tradition. Please explain to me how you reconcile this? Canon 20 (1983 code): "A later law abrogates, or derogates, an earlier law if it states so expressly, is directly contrary to it, or completely reorders the entire matter of the earlier law.

" No law in the 1983 code abrogates or derogates from the 1917 prohibitions against cremation or the Church’s 1926 condemnation of cremation. Pope Francis: 'Organ donation is a testimony of love for our neighbour' Pope Francis with Archbishop Smith Pope Francis described the act of organ donation as ‘a testimony of love for our neighbour’ when he met with the Transplantation Committee for the Council of Europe (CD-P-TO) who gathered in Rome on Thursday. 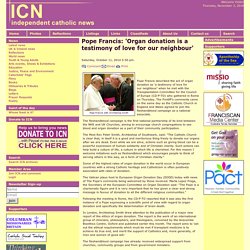 The Pontiff’s comments came on the same day as the Catholic Church in England and Wales agreed to join the fleshandblood campaign as a national associate. The fleshandblood campaign is the first national partnership of its kind between the NHS and UK Churches, aiming to encourage church congregations to see blood and organ donation as a part of their community participation. Play It Again Organ Donation. What is the position of the Catholic Church on organ donation for the purpose of transplant? 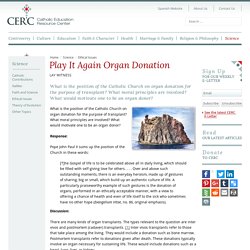 What moral principles are involved? What would motivate one to be an organ donor? Response: ODB. Organ Transplants: What You Need to Know. If you need a new organ, you are probably coping with a lot of emotions. 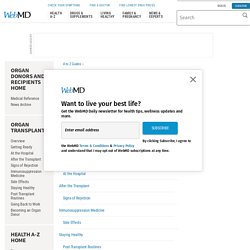 This article will help you understand what to expect. Organ transplantation -- the surgical removal of a healthy organ from one person and its transplantation into another person whose organ has failed or was injured -- is often lifesaving and gives the recipient a wonderful new lease on life. But organ transplantation is also a major surgery that carries potential risks and drawbacks, such as the chance of organ rejection.

The Dark Side Of Organ Donation. The transplant was drawing near, and Kimberly Tracy knew she might die. 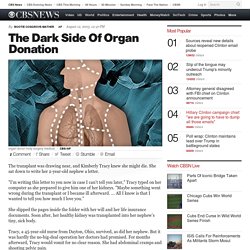 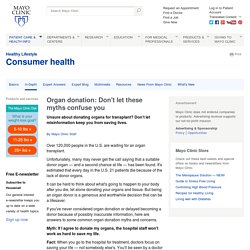 Don't let misinformation keep you from saving lives. By Mayo Clinic Staff Over 120,000 people in the U.S. are waiting for an organ transplant.