Research is6. Equine Symptomatic Lameness. By Jochen Schleese, CMS, CSFT, CSE Why is my horse lame? 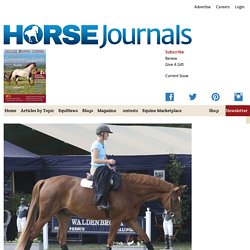 Why does he keep stumbling? Why does he seem to trip over his own feet? The horse suffering from back pain or injuries can exhibit symptomatic lameness, which can also manifest as behaviour issues including stubbornness or resistance. When the horse is displaying symptoms of lameness and logical treatments are not working, the horse’s owner may turn to injections, anti-inflammatory creams, or chiropractic adjustments at the sacroiliac joint. Symptomatic lameness often appears as a problem in the right hind leg. Above and Below: This saddle’s gullet channel is too narrow and the saddle has shifted to the left.

When the horse is in the cross-ties, the average fitted saddle appears to fit well. Shoulder-blade rotation and movement during different foreleg motion. Infrared thermographic imaging showing increased temperature in the region of the upper right sacroiliac joint due to sublaxation. Main Photo: Flickr/Just Chaos. Untitled. Electrical Stimulation for Fracture Healing: Current Evidenc... : Journal of Orthopaedic Trauma. Author Information From the *Division of Orthopaedics, Department of Surgery; and †Department of Clinical Epidemiology and Biostatistics, McMaster University, Hamilton, Ontario, Canada. 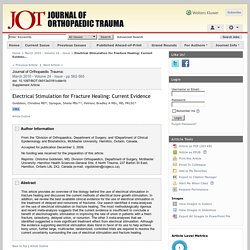 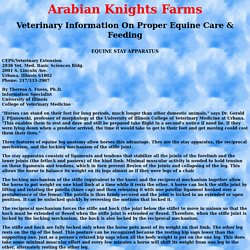 Med. Basic Sciences Bldg. 2001 S. Lincoln Ave. By Theresa A. "Horses can stand on their feet for long periods, much longer than other domestic animals," says Dr. Three features of equine leg anatomy allow horses this advantage. Sign up - ResearchGate. Anatomy of a Boxer. Straight red lines represents the angulation of the dog. 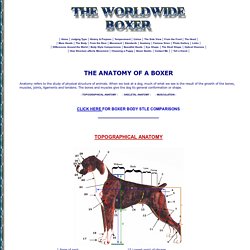 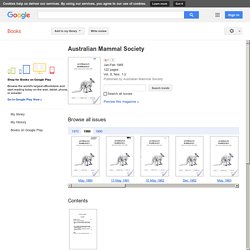 By using our services, you agree to our use of cookies.Learn moreGot it Add to my library Write review books.google.co. Cursorial locomotion – ability to travel fast/far over - BIOL - 1404. Cursorial - Locomotion in Mammals. Cursorial locomotion involves high speed running, generally over long distances; it is preferred among mammals that inhabit primarily open or forested areas, where speed and endurance are essential to survival. 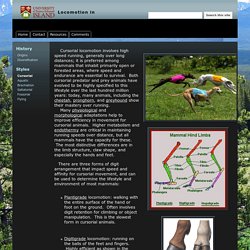 Forelimb anatomy and the discrimination of the predatory behavior of carnivorous mammals: the thylacine as a case study. Adaptation for Cursorial Locomotion. Running is mainly about speed -- obtained by combining stride rate and stride length. 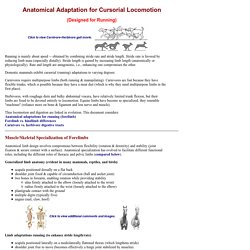 Herbivores, with roughage diets and bulky abdominal viscera, have relatively limited trunk flexion, but their limbs are freed to be devoted entirely to locomotion. Motions of the running horse and cheetah revisited: fundamental mechanics of the transverse and rotary gallop. Abstract Mammals use two distinct gallops referred to as the transverse (where landing and take-off are contralateral) and rotary (where landing and take-off are ipsilateral). 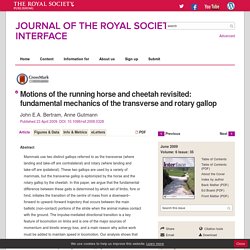 CursorialLocomotionNotes. Mechanics of locomotion of dogs (Canis familiaris) and sheep (Ovis aries) - Jayes - 1978 - Journal of Zoology. Records have been made of the forces exerted on the ground by dogs and a sheep, in walking, trotting, cantering and slow galloping. 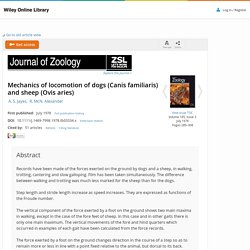 Film has been taken simultaneously. The difference between walking and trotting was much less marked for the sheep than for the dogs. Step length and stride length increase as speed increases. Functional specialisation of pelvic limb anatomy in horses (Equus caballus) Legs, Feet, and Cursorial Locomotion. Structure. 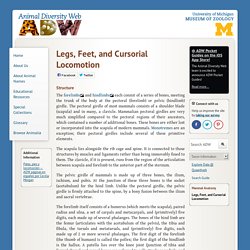 What is a cursorial mammal? - Stein - 1997 - Journal of Zoology. This paper focuses on the concept of cursoriality in mammals and aims to point out the confusion that can arise when a classical term is not explicitly redefined or expanded to incorporate the results of biomechanical techniques. Historically, the definition of ‘cursorial’ was based qualitatively on an animal's morphology and behaviour, generally referring to large, terrestrial mammals that ran fast or far across open spaces. However, in recent years, as biomechanicists have learned how to quantify aspects of limb movement and bone orientation, a more specific meaning of this term has come into use. Results from these new techniques have highlighted the lack of specificity in the historical definition and have led us to propose a clarified, quantitative definition of ‘cursorial’.

The exceptional nature of bovids and primates with respect to this new definition is also addressed in our analysis.