Medical Journals Have a Fake News Problem - Bloomberg. How the New York Times Is Using Strategies Inspired by Netflix, Spotify, and HBO to Make Itself Indispensible. “There’s this fashion for media companies to call themselves technology companies,” says Jake Silverstein, editor of The New York Times Magazine. 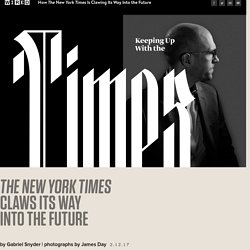 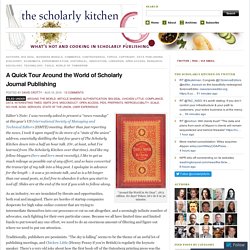 Pshaw, let’s do it in 30 minutes. Editor’s Note: I was recently asked to present a “news roundup” at this year’s US International Society of Managing and Technical Editors (ISMTE) meeting. Rather than just reporting the news, I took it upon myself to do more of a “state of the union” address, essentially distilling the last few years of The Scholarly Kitchen down into a half an hour talk. (Or, at least, what I’ve learned from The Scholarly Kitchen over that time). Can You Coko? An Interview with Kristen Ratan of the Collaborative Knowledge Foundation. Kristen Ratan, known to many in the scholarly communications world, has been embarking on a new adventure of late. 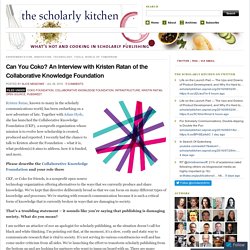 Together with Adam Hyde, she has launched the Collaborative Knowledge Foundation (CKF), a nonprofit organization whose mission is to evolve how scholarship is created, produced and reported. I recently had the chance to talk to Kristen about the Foundation – what it is, what problem(s) it aims to address, how it is funded, and more. Please describe the Collaborative Knowledge Foundation and your role there CKF, or Coko for friends, is a nonprofit open source technology organization offering alternatives to the ways that we currently produce and share knowledge. New 'pop-up' paper on Europe for the losing 48 percent to hit UK news stands.

By Alistair Smout LONDON (Reuters) - A new 'pop-up' weekly newspaper aimed at the 48 percent of Britons who voted unsuccessfully to stay in the European Union is being launched this week in what its publishers said was an effort to cater for people feeling a real sense of loss. 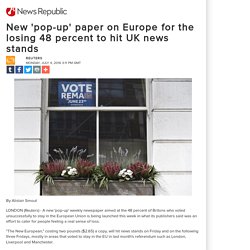 "The New European," costing two pounds ($2.65) a copy, will hit news stands on Friday and on the following three Fridays, mostly in areas that voted to stay in the EU in last month's referendum such as London, Liverpool and Manchester. Handful of Biologists Went Rogue and Published Directly to Internet. Photo On Feb. 29, Carol Greider of Johns Hopkins University became the third Nobel Prize laureate biologist in a month to do something long considered taboo among biomedical researchers: She posted a report of her recent discoveries to a publicly accessible website, bioRxiv, before submitting it to a scholarly journal to review for “official’’ publication. 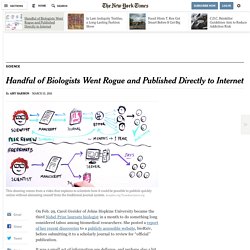 In a fast-changing media world, quality remains king. Murderous Attacks on Bangladeshi Science Writers and Publishers  This year to date, six people in Bangladesh who have promoted a natural and observation-based view of humanity's place in history have been hacked to death by those who seek to impose a particular supernatural view of humanity's origins and destiny. 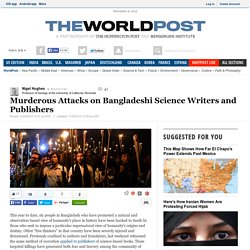 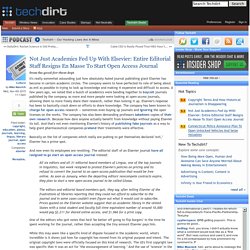 The company seems to have perfected its role of being about as evil as possible in trying to lock up knowledge and making it expensive and difficult to access. A few years ago, we noted that a bunch of academics were banding together to boycott journals published by the company, as more and more people were looking at open access journals, allowing them to more freely share their research, rather than locking it up. 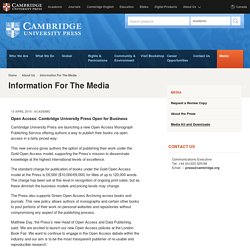 This new service gives authors the option of publishing their work under the Gold Open Access model, supporting the Press’s mission to disseminate knowledge at the highest international levels of excellence. The standard charge for publication of books under the Gold Open Access model at the Press is £6,500 ($10,000/€9,000) for titles of up to 120,000 words. The charge has been set at this level in recognition of ongoing print sales, but as these diminish the business models and pricing levels may change. The Press also supports Green Open Access Archiving across books and journals. SAPVoice: Disruption In Publishing: Little Business Books, Big Ideas. The real disruption for publishing is not the onslaught of self-published works in the marketplace; the real change is the consumers demand for short, more direct publications. 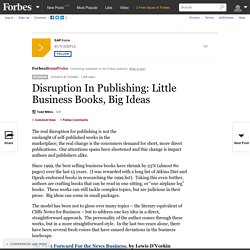 Our attentions spans have shortened and this change is impact authors and publishers alike. Since 1999, the best selling business books have shrunk by 23% (almost 80 pages) over the last 15 years. Digital Publishing – Current Issues and Challenges for 2014. Contact: Simon Stokes; Blake Lapthorn (Southampton, England) eBooks continue to attract much press coverage. 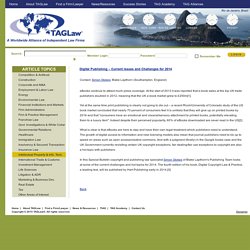 At the start of 2013 it was reported that e-book sales at the top UK trade publishers doubled in 2012, meaning that the UK e-book market grew to £250m[1]. Ten Bold Predictions for Ebooks and Digital Publishing in 2014Digital Book World. Kindle as Magic Eight Ball. Illustration by Todd Goldstein, 2012 It’s been another exciting year for the publishing industry – perhaps the most dynamic in the history of the business.

In 2013, all ebooks by publishers became subject to retailer price controls and ebook prices plummeted. At the same time, ebook revenue growth has tapered off even as many of the largest publishers still reported digital gains. A handful of ebook subscription businesses were launched and libraries won some key victories in their fight to bring ebooks from all publishers to their patrons. 5 Trends for Trade Publishing in 2014 - Publishing Perspectives. Top 5 Emerging Trends to watch out for… in Academic Publishing in 2014 « www.rockyourpaper.org. 2013 started on a bad news with the death of Aaron Swartz’, however was a good year for academic publishing.

10 Trends Driving The Future Of Book Publishing - Digital Thinking. Remember those days? Mark Coker (@markcoker), Founder of Smashwords, the world’s largest indie book distributor, gave a great talk at the excellent Edinburgh Publishing Conference on the key trends driving the future of the book publishing industry. The conference brought together a wide range of experiences from across the publishing industry under the title ‘Publishing: Evolution, Disruption & the Future’ and further posts will follow in due course.

Founded in 2008, Smashwords is now the world’s largest indie book distributor, with 60,000 authors and it shares data about what book sales looks like. The Future of Reading: 10 Trends for 2014 and Beyond. Increased Competition Between Traditional Publishers and Indie Authors  What does 2014 hold in store for ebook authors, publishers and readers? Today I bring you 14 book publishing industry predictions. The case against e-readers: Why reading paper books is better for your mind. With 1 Million Papers, Preprint Site Is Changing the Way Science Is Shared. The popular preprint server arXiv.org, where physicists, mathematicians and computer scientists routinely upload manuscripts to publicly share their findings before peer review, now holds more than 1 million research articles.

The Everything Book: reading in the age of Amazon. Index of News Article – Macmillan. London, UK and New York, USA: 2 December 2014. Macmillan Science and Education, one of the leading publishing and technology companies in the world, today announces the launch of a groundbreaking publishing initiative that will make it easy for readers to share an unprecedented wealth of scientific knowledge instantly with researchers and scientists across the globe. Nature publisher hopes to end 'dark sharing' by making read-only papers free. Amazon is testing “Kindle Unlimited,” an ebook subscription service for $9.99/month.

Amazon is testing an ebook and audiobook subscription service called “Kindle Unlimited” that offers “unlimited access to over 600,000 titles and thousands of audiobooks on any device for just $9.99 a month.” Press release archive: About NPG. How to Master on the Art of Getting Noticed: Austin Kleon’s Advice to Aspiring Artists. World Bank Announces Open Access Policy for Research and Knowledge, Launches Open Knowledge Repository. WASHINGTON, April 10, 2012 - The World Bank today announced that it will implement a new Open Access policy for its research outputs and knowledge products, effective July 1, 2012. Open access dominates discussions at London Book Fair. Why the Public Library Beats Amazon—for Now - WSJ. Association of Professional Futurists - What could the future look like if social networks impact foresight? Ask the Publisher: Five Lessons from the 2014 London Book Fair.