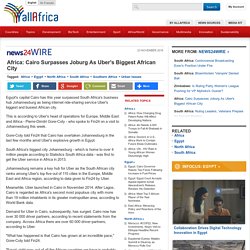 EgyptAir offers new luggage service to reduce ticket price. In the wake of the anticipated increase in ticket prices of EgyptAir, the company surprisingly introduces a new service called “Best-Buy” that gives travelers lower prices with only one piece of luggage weighing 23 kg and one 8 kg-carry-on bag. 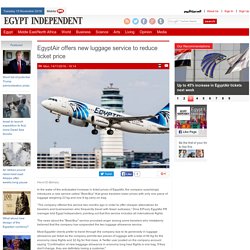 “The company offered this service two months ago in order to offer cheaper alternatives for travelers and businessmen who frequently travel with fewer suitcases,” Dina ElFouly EgyptAir PR manager told Egypt Independent, pointing out that this service includes all international flights. The news about the "Best-Buy" service provoked anger among some travelers who mistakenly believed that the company has suspended the two luggage allowance service. Most EgyptAir clients prefer to travel through the company due to its generosity in luggage allowance per ticket as the company permits two pieces of luggage with a total of 46 Kg for the economy class flights and 32 Kg for first class. 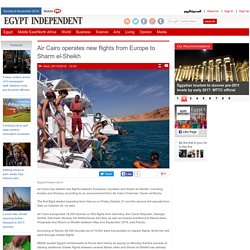 The first flight started operating from Vienna on Friday October 21 and the second will operate from Oslo on October 30, he said. Air Cairo transported 74,000 tourists on 582 flights from Germany, the Czech Republic, Georgia, Serbia, Denmark, Norway, the Netherlands and Italy, as well as Kuwait and Beirut to Marsa Alam, Hurghada and Sharm el-Sheikh between May and September 2016, said Ramly. According to Ramly, 60,000 tourists out of 74,000 were transported on regular flights, while the rest were through charter flights. MENA quoted Egypt's Ambassador to Rome Amr Helmy as saying on Monday that the process of starting additional charter flights between several Italian cities and Sharm el-Sheikh has already begun. Egypt’s river taxis get government backing. 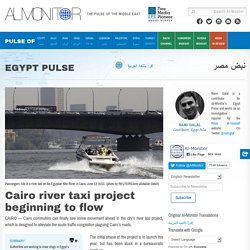 (photo by REUTERS/Amr Abdallah Dalsh) Author: Rami Galal Posted January 18, 2016 CAIRO — Cairo commuters can finally see some movement ahead in the city’s river taxi project, which is designed to alleviate the acute traffic congestion plaguing Cairo’s roads. Summary⎙ Print Authorities are working to clear clogs in Egypt’s long-awaited Nile transportation plan. The initial phase of the project is to launch this year, but has been stuck in a bureaucratic snarl-up.

On Jan. 12, the Egyptian Ministry of Transportation announced it is studying bids from three contractors for the project, which will start in Helwan south of Cairo and span some 40 miles to El Qanater el Khayreyya. Barghout wants to see a Cabinet-affiliated body established to license Nile projects once specialists from all the ministries are done studying them. ADM acquires interest in Egyptian ag merchandiser. 12/14/2015 - by Eric Schroeder The venture will own and manage merchandising and supply chain operations, including an international merchandising operation that handles more than 1.5 million tonnes of grains, oilseeds and soft commodities annually destined for the Middle East and North Africa. 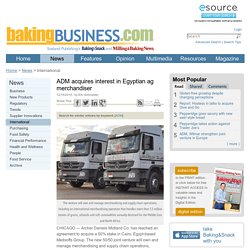 CHICAGO — Archer Daniels Midland Co. has reached an agreement to acquire a 50% stake in Cairo, Egypt-based Medsofts Group. The new 50/50 joint venture will own and manage merchandising and supply chain operations, including an international merchandising operation that handles more than 1.5 million tonnes of grains, oilseeds and soft commodities annually destined for the Middle East and North Africa. Cairo's Pink Taxi promises a safe ride for women. But a new car service driven by women, and accepting only female passengers, is promising a secure way to travel in the Egyptian capital. 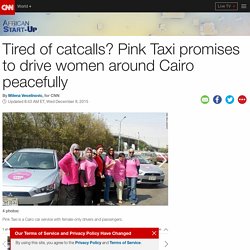 Pink Taxi's drivers take only pre-booked rides and know how to navigate Cairo's ferocious traffic jams -- clad in fuchsia uniforms nonetheless. "I saw that society needed a safe mode of transportation for women, and I began to think what I could provide," says Reem Fawzy, Pink Taxi's founder. Her drivers are required to have a university degree, speak English and have at least two years of experience driving in Cairo.

Cars are equipped with a GPS and a camera, as well as an SOS button that can stop the vehicle and alert Pink Taxi headquarters in case of an emergency. Egypt: Aviation Sector Brings Revenues Worth U.S.$2 Billion to Egypt. African Development Bank to help fund Egypt’s cross-continent shipping project. Egypt’s Ministry of International Cooperation has reportedly signed a US$650,000 grant agreement with the African Development Bank (AfDB) to finance feasibility studies on a shipping route linking Lake Victoria to the Mediterranean Sea through Nile River. 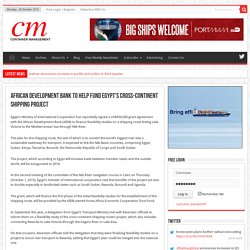 The plan for the shipping route, the aim of which is to convert the world’s biggest river into a sustainable waterway for transport, is expected to link the Nile Basin countries, comprising Egypt, Sudan, Kenya, Tanzania, Burundi, the Democratic Republic of Congo and South Sudan. Egypt: New logistics centre to be built in Qena. Egypt to set up cross-continent shipping line. New Suez Canal success hinges on what happens on land. The Suez Canal’s potential in the coming years will owe more to events on its surrounding land than on its waters. 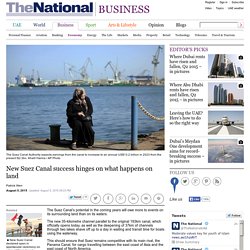 The new 35-kilometre channel parallel to the original 193km canal, which officially opens today, as well as the deepening of 37km of channels through two lakes shave off up to a day in waiting and transit time for boats using the waterway. This should ensure that Suez remains competitive with its main rival, the Panama Canal, for cargo travelling between the east coast of Asia and the east coast of North America. Untitled. Italy-based Mulmix, a global provider of grain storage solutions, has offered to participate in the establishment of silos for storing wheat and grain in Egypt’s Damietta logistics project, a report said. 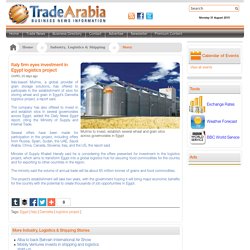 The company has also offered to invest in and establish silos in several governorates across Egypt, added the Daily News Egypt report, citing the Ministry of Supply and Internal Trade. Several offers have been made for participation in the project, including offers from Russia, Spain, Sudan, the UAE, Saudi Arabia, China, Canada, Slovenia, Iraq, and the US, the report said. Egypt's airports prepare for growth with SITA technology. AirportsTatiana Rokou - 13 August 2015, 11:43 The five airports being upgraded include Sharm El Sheikh International, Luxor International and Aswan International. 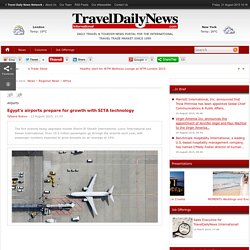 Over 10.5 million passengers go through the airports each year, with passenger numbers expected to grow annually by an average of 14%. CAIRO - The Egyptian Airports Company (EAC) has announced that it has chosen SITA as its technology partner for its airport IT modernization program at five of the largest airports it manages across Egypt. EAC is using a combination of SITA airport technologies to improve the passenger experience and increase efficiency across all these airports. The five airports being upgraded include Sharm El Sheikh International, Luxor International and Aswan International. Le nouveau canal de Suez : un espoir pour l'économie égyptienne. Égypte, Inauguration du nouveau Canal de Suez. Infograph: The new Suez Canal in numbers. 22 ships pass through new Suez Canal on Friday: MENA. Ahram Online , Friday 7 Aug 2015 Egyptian air force planes parade in front of a cargo container ship crosses the new section of the Suez Canal after the opening ceremony of the new Suez Canal, in Ismailia, Egypt, August 6, 2015 (Reuters)

Egypt opens Suez Canal in lavish ceremony. Reopening El Salam bridge would boost Egypt's economy after Suez expansion. While the completed Suez Canal expansion project, set to be formally opened today with the MSC Genova expected to be at the head of the first southbound convoy though the new channel, will see greater efficiency for vessels transiting the waterway, the immediate impact on container supply chains serving Egypt itself is likely to remain muted. Much of box traffic that comes in and out of North Africa’s largest economy is transported by feeder vessels, despite its location on the “highway” of the Asia-Europe trade, the world’s largest deepsea lane.

Maersk Line holds the largest share of Egyptian traffic, claims Mohammad Shihab, managing director of Maersk Line Egypt, Lebanon, Libya and Syria. It carries 16-17% of imports and exports, although he told The Loadstar that around 50% of that was on the company’s intra-Europe subsidiary,, Seago Line. Egypt is essential to Belt and Road initiative, Chinese Diplomat. CMA CGM’s Biggest Ship Successfully Crosses Suez Canal For Very First Time. Egypt revives high-speed rail plans. EGYPT is to revive plans for a high-speed line linking the Mediterranean coast with the country's far south, according to transport minister Mr Ibrahim El-Demeiry, who has described the project as "a top priority" for the interim government.

El-Demeiry says bids will be invited soon for the construction of the line, which would run for 1200km from Alexandria via Giza, Asyut and Luxor to Aswan when all phases are completed. The project had been shelved since the Egyptian government commissioned a technical study in 2009 from Italferr, the international engineering consultancy arm of Italian State Railways (FS). Russian, Italian, Spanish offers to invest in Global Logistics Project. Hanafy is considering the offers presented for investing in the global logistics project which aims to transform Egypt into a global logistics hub for securing food commodities for the country and for exporting to other countries in the region(AFP Photo) Russian businessmen strongly welcome the investment in the global logistics project in Damietta, according to Mikhail Orlov, President of the Russian-Egyptian Business Council.

Suez Canal hits record revenue of $5.3B. Suez Canal revenues grow 6.7% in 2014. Transportation ministry to build 4 new ports for major projects: Ministerial advisor. The new ports will serve national projects and logistics areas for grain trade in both Damietta and the canal area. Linking Egypt’s urban centres. Transport links must be improved if Egypt is to become competitive. Italy, Egypt cooperate in global logistics project. Egyptian government to subsidize charter flights from next month - ch-aviation.com. Cairo Aviation (OE, Cairo Int'l) and other charter carriers that serve Egypt will be able to access government subsidies with effect from November.

The funding is aimed at stimulating greater travel to the troubled North African whose tourism industry has suffered significantly as a result of the country's turbulent last three years. Egypt begins transformation into global logistics centre for grain handling: Prime minister. The government has begun taking steps to convert Egypt into a global logistics centre for the handling and storage of grain and food commodities(AFP File Photo)