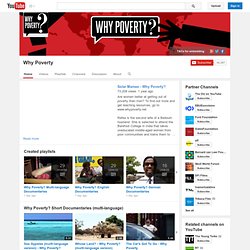 Op-Ed: If You Ignite a Kid’s Passion, a Zip Code Is No Longer Destiny. I met Sandra as a first-year tenth-grade teacher to 165 students at Locke High School in South Central, Los Angeles. 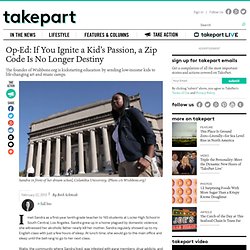 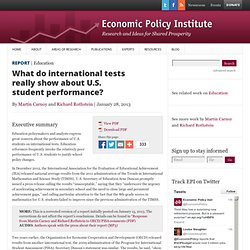 Education reformers frequently invoke the relatively poor performance of U.S. students to justify school policy changes. In December 2012, the International Association for the Evaluation of Educational Achievement (IEA) released national average results from the 2011 administration of the Trends in International Mathematics and Science Study (TIMSS). U.S. Too Young to Wed: The Secret World of Child Brides. TED 2012 More Slides Final1. Here Is the Full Inequality Speech and Slideshow That Was Too Hot for TED - National Journal. The Case Against Billionaires. It’s time we as a nation have a serious discussion about outlawing billionaires. 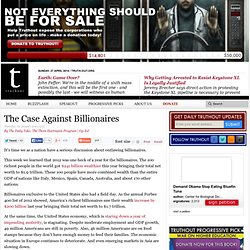 This week we learned that 2012 was one heck of a year for the billionaires. The 100 richest people in the world got $241 billion wealthier this year bringing their total net worth to $1.9 trillion. These 100 people have more combined wealth than the entire GDP of nations like Italy, Mexico, Spain, Canada, Australia, and about 170 other nations. Billionaires exclusive to the United States also had a field day. As the annual Forbes 400 list of 2012 showed, America’s richest billionaires saw their wealth increase by $200 billion last year bringing their total net worth to $1.7 trillion. At the same time, the United States economy, which is staring down a year of impending austerity, is stagnating. 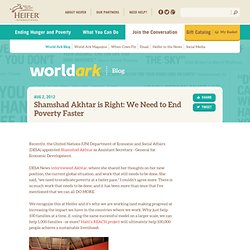 DESA News interviewed Akhtar, where she shared her thoughts on her new position, the current global situation, and work that still needs to be done. She said, "we need to eradicate poverty at a faster pace. " I couldn't agree more. There is so much work that needs to be done, and it has been more than once that I've mentioned that we can all DO MORE. We recognize this at Heifer and it's why we are working (and making progress) at increasing the impact we have in the countries where we work.

Akhtar also mentioned potential for new financing and green growth. O político que representa realmente a população! Two Classes in America, Divided by ‘I Do’ They are both friendly white women from modest Midwestern backgrounds who left for college with conventional hopes of marriage, motherhood and career. They both have children in elementary school. They pass their days in similar ways: juggling toddlers, coaching teachers and swapping small secrets that mark them as friends. They even got tattoos together. Though Ms. Notable Quotes. Global poverty. Educational Justice: Texas Republicans seek to criminalize thinking. Criminalizing Thinking. 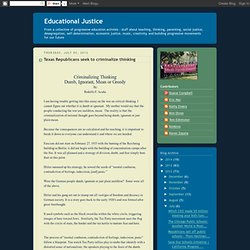 Noam Chomsky: Plutonomy and the Precariat. On the History of the U.S. 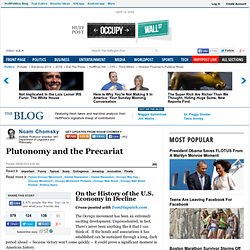 Economy in Decline. No Education Reform Without Tackling Poverty, Experts Say. Teach a Man to Fish. GlobalEd Collaborative News. How can education help tackle rising income inequality? By Ji Eun ChungInnovation and Measuring Progress Division, Directorate for Education The gap between the rich and poor has widened in OECD countries over the past 30 years. 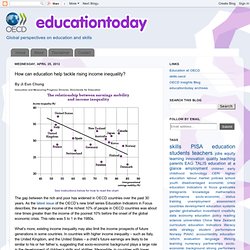 As the latest issue of the OECD’s new brief series Education Indicators in Focus describes, the average income of the richest 10% of people in OECD countries was about nine times greater than the income of the poorest 10% before the onset of the global economic crisis. This ratio was 5 to 1 in the 1980s. What’s more, existing income inequality may also limit the income prospects of future generations in some countries. In countries with higher income inequality – such as Italy, the United Kingdom, and the United States – a child’s future earnings are likely to be similar to his or her father’s, suggesting that socio-economic background plays a large role in the development of children’s skills and abilities. The implications for education policy are clear. The Powers Tweet Daily. Classroom Resources Meet National Learning Standards. The Girl’s Guide to Staying Safe Online. It’s still dangerous out there for feminist bloggers. 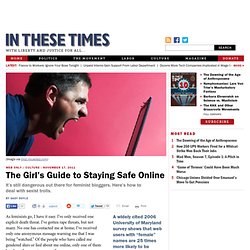 Here’s how to deal with sexist trolls. A widely cited 2006 University of Maryland survey shows that web users with “female” names are 25 times more likely to be harassed than users with “male” or ambiguous names.