Can the blue revolution solve the world’s food puzzle? Solaiman Sheik shows off the harvest from his father’s small pond near Khulna, Bangladesh: freshwater prawns, a profitable export. 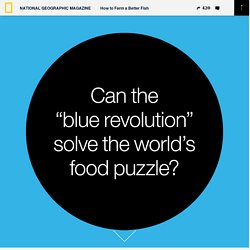 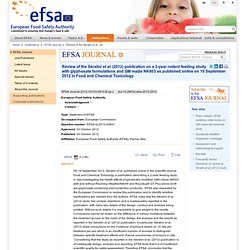 EFSA also thanks the peer reviewers of this statement Andrew Chesson (member of the GMO Panel) and Alberto Mantovani (member of the PPR panel).Contact sas@efsa.europa.eu. The Truth on Seralini GM Study. A study of the University of Caen neither constitutes a reason for a re-evaluation of genetically modified NK603 maize nor does it affect the renewal of the glyphosate approval. The BfR has scientifically assessed the publication by Séralini et al. (2012) The authors’ conclusion that rats fed with genetically modified NK603 maize throughout their life have a shorter lifespan than animals fed with conventional maize is not sufficiently corroborated by experiments. 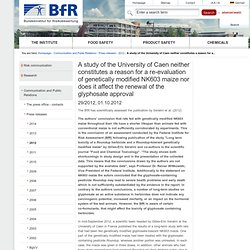 This is the conclusion of an assessment conducted by the Federal Institute for Risk Assessment (BfR) following publication of the study "Long term toxicity of a Roundup herbicide and a Roundup-tolerant genetically modified maize" by Gilles-Eric Séralini and co-authors in the scientific journal "Food and Chemical Toxicology". "The study shows both shortcomings in study design and in the presentation of the collected data. This means that the conclusions drawn by the authors are not supported by the available data", says Professor Dr. Reiner Wittkowski, Vice President of the Federal Institute. Calls for labelling GM food reveal attempts at market domination. Australia has one of the more rigorous food labelling systems in the world for genetically modified (GM) attributes. 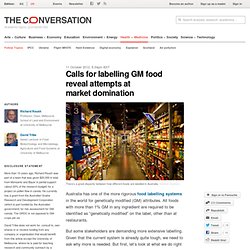 All foods with more than 1% GM in any ingredient are required to be identified as “genetically modified” on the label, other than at restaurants. But some stakeholders are demanding more extensive labelling. Given that the current system is already quite tough, we need to ask why more is needed. Reblog: “10 ‘scientific’ responses” to “10 reasons we don’t need GMOs” I don’t generally re-blog articles I’ve read. 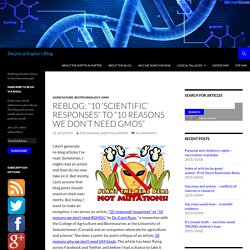 Sometimes, I might read an article and then do my own take on it. But mostly, I just assume that blog posts should stand on their own merits. Don't turn your back on science. Your Royal Highness, Your Reith lecture saddened me. 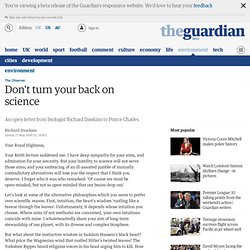 I have deep sympathy for your aims, and admiration for your sincerity. Richard Dawkins talks about GMO crops. For New Year’s Day, I’m republishing the top 10 articles I wrote in 2013. 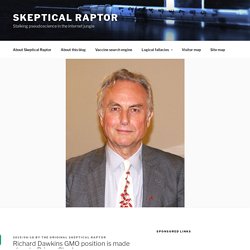 Well, actually top 9, plus 1 from 2012 that just keeps going. #2. This article was published on 12 June 2013, and has had nearly 40,000 views. GMO’s cause so much unscientific drama, that when Richard Dawkins, a “saint” for the a lot of pro-science people, makes it known that being against GMO’s is anti-science, it causes the time-space continuum to break. Thirteen years ago, Richard Dawkins, noted secularist, author and evolutionary biologist, wrote an open letter to Prince Charles, noted promoter of pseudoscience and heir apparent to the British throne, about the Prince’s hostility to science.

The great GM food hysteria: Do you believe eating genetically modified crops is like dining with the devil? No wonder - that's exactly what apocalyptic eco-zealots want you to think. By David Rose Published: 21:00 GMT, 6 July 2013 | Updated: 21:12 GMT, 6 July 2013 The lush, glorious wheat pictured here is ripening fast, growing healthily despite not being drenched in industrial-strength pesticides. 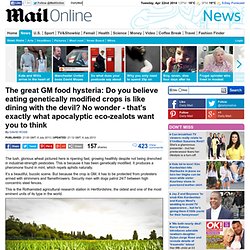 This is because it has been genetically modified. It produces a pheromone found in mint, which repels aphids naturally. Why Greek Yogurt Makers Want Whey To Go Away : The Salt. Hide captionMost of the gleaming steel tanks outside Fage's yogurt factory hold milk. 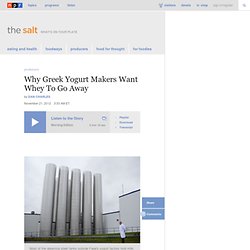 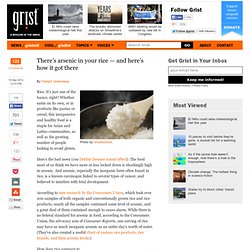 Rice. It’s just one of the basics, right? Whether eaten on its own, or in products like pastas or cereal, this inexpensive and healthy food is a staple for Asian and Latino communities, as well as the growing number of people looking to avoid gluten. The A-PORK-alypse is coming! Bacon, pork shortage 'now unavoidable' in 2013. By Daily Mail Reporter Published: 23:32 GMT, 25 September 2012 | Updated: 06:53 GMT, 26 September 2012. The British land grabbers snapping up swathes of African farmland to cash in on the world's food shortage. By Fred Pearce PUBLISHED: 21:00 GMT, 11 August 2012 | UPDATED: 21:00 GMT, 11 August 2012.

Price of bacon set to soar as new rules force European producers closer into line with UK welfare guidelines. EU to impose ban on sow stalls from January 1 2013Their use has been banned in UK since 1999 By Damien Gayle Published: 08:37 GMT, 13 August 2012 | Updated: 09:12 GMT, 13 August 2012 The price of bacon is set to soar next year with new welfare laws threatening to push many European producers out of business. A Europe-wide partial ban on sow stalls - crates in which pregnant female pigs are confined - is due to take effect from January 1 2013 and is expected to have a major impact on Europe's pig market. The use of the intensive farming method slashes the cost of pig production, but has come in for intensive criticism from animal rights campaigners and is already banned in the UK. Half American counties designated disaster areas due to drought. America drought: Price of corn surges by 20 per cent in July as drought continues to afflict Midwest.

Food price inflation could rise by as much as 3.5% this year, says US Agriculture DepartmentPercentage of crop rated 'very poor' or 'poor' rose to 48% - the worst rating since the 1988 droughtMany ranchers send animals to slaughter early to save costsGlobal grain trading firm Cargill joins chorus of critics of biofuelsChina worried about US soybean supplies By Nick Enoch Published: 15:23 GMT, 1 August 2012 | Updated: 17:41 GMT, 1 August 2012 As the worst drought in more than half a century continues to afflict the Midwest, the price of corn surged by 20 per cent in July - the biggest two-month rally since the last major drought in 1988. Britain faces food price hikes as fears grow that drought-hit Russia may impose export ban on grain. Russia expected to produce 75m tons this year - 30% less grain than 2011'Market is very fearful,' said cereals analyst Jack Watts Drop in yields could push up price of food across the world.