Digital Workplace Transformation. La digital workplace pour transformer l’expérience collaborateur. DOCAPOST Transformation digitale. IoT Vs. Workplace Privacy. Share Tweet Email When so many people have a stake in seeing the Internet of Things truly take off, it’s natural that the potentially unsavory aspects of an all-connected world might be played down in press releases or trade show coverage. 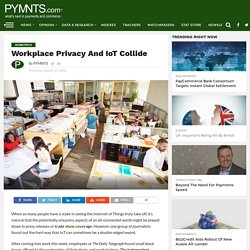 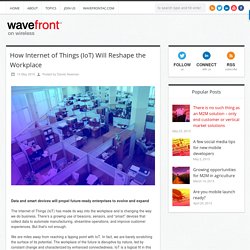 There’s a growing use of beacons, sensors, and “smart” devices that collect data to automate manufacturing, streamline operations, and improve customer experiences. But that’s not enough. We are miles away from reaching a tipping point with IoT. In fact, we are barely scratching the surface of its potential. 4 ways IoT will change the workplace. The Internet of Things (IoT) will palpably change office life. 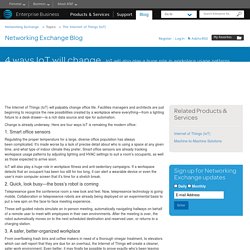 Facilities managers and architects are just beginning to recognize the new possibilities created by a workplace where everything—from a lighting fixture to a desk drawer—is a rich data source and ripe for automation. Change is already underway. Here are four ways IoT is remaking the modern office: 1. Smart office sensors. What could wreck SpaceX founder Elon Musk’s plan to colonize Mars is not technology, politics, or money—but ethics — Quartz.

Elon Musk, the founder of Tesla and SpaceX, is doing great things on Earth. 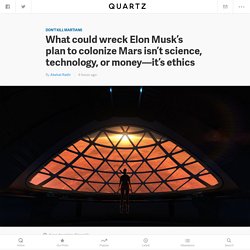 All the while, however, he is dreaming about living on Mars. Yesterday (Sept. 27), he laid out his most detailed plan to colonize the red planet. When Mars travel becomes commonplace, he thinks a ticket will cost as little as $200,000. Infographic: How the Internet of Things is transforming the workplace. By Megan Anderle, Editor and Contributing Writer Once heralded as a symbol of technological advancement, the Internet of Things (IoT) has been called the most overhyped technology in development today due to a lack of standardization of data, wireless protocols and technologies. 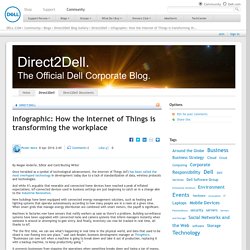 And while it’s arguable that wearable and connected home devices have reached a peak of inflated expectations, IoT-connected devices used in business settings are just beginning to catch on in a change akin to the Industrial Revolution. New buildings have been equipped with connected energy management solutions, such as heating and lighting systems that operate autonomously according to how many people are in a room at a given time. When smart grids that manage energy distribution are combined with smart meters, the payoff is significant.

Machines in factories now have sensors that notify workers as soon as there’s a problem. What the Internet Of Things Will Bring to the Workplace. We all live in a world dominated by networked devices — not just smartphones, but also smart coffee pots, thermostats, vacuum cleaners, running shoes, wrist bands, even smart Coke machines. 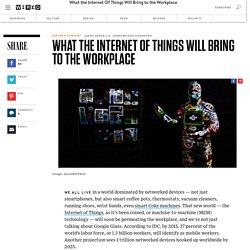 That new world — the Internet of Things, as it’s been coined, or machine-to-machine (M2M) technology — will soon be permeating the workplace, and we’re not just talking about Google Glass. According to IDC, by 2015, 37 percent of the world’s labor force, or 1.3 billion workers, will identify as mobile workers. Another projection sees 1 trillion networked devices hooked up worldwide by 2025. So how might the workplace “Internet of Things” take shape in the years to come? As some analysts suggest, it’s not just automating office temperature or turning on the office coffee pot.