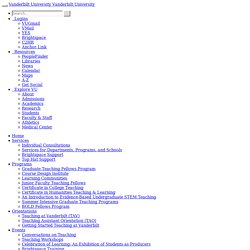 It is integrated as part of traditional courses, serves as a cornerstone of many blended courses, and is often the main information delivery mechanism in MOOCs. Several meta-analyses have shown that technology can enhance learning (e.g., Schmid et al., 2014), and multiple studies have shown that video, specifically, can be a highly effective educational tool (e.g., Kay, 2012; Allen and Smith, 2012; Lloyd and Robertson, 2012; Rackaway, 2012; Hsin and Cigas, 2013). In order for video to serve as a productive part of a learning experience, however, it is important for the instructor to consider three elements for video design and implementation: One of the primary considerations when constructing educational materials, including video, is cognitive load.

Cognitive Load Theory, initially articulated by Sweller and colleagues (1988, 1989, 1994), suggests that memory has several components (see the figure). Recommendations Keep it short. The Highest-Paid YouTube Stars Of 2020. A nine-year-old is still number one, but the runner-up is a newcomer who came armed with a forklift, an exploding Toyota and the most expensive firecracker ever made. And he’s just getting started. The Fourth of July this past summer was a muted occasion across most of the country. But not on YouTube, where Jimmy Donaldson, the digital celebrity known as MrBeast, released a special holiday episode containing a $600,000 fireworks show.

The show’s highlights included lighting 100 or so rockets bound to a mannequin, blowing up a Toyota and detonating the world’s most-expensive firework, a 400-pound, $160,000 device moveable only via forklift. The aerial display even forced MrBeast and his crew to consult the FAA, lest it interfere with overhead air traffic. The 11-minute episode has since been viewed nearly 60 million times, and it’s pretty representative of what has shot Donaldson to No. 2 on our annual list of the Top-Earning YouTubers.

The Highest-Paid YouTube Stars Of 2020 #2 | Mr. A Brief Timeline of the History of Blogging. Greetings, readers. 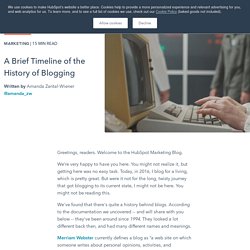 Welcome to the HubSpot Marketing Blog. We’re very happy to have you here. You might not realize it, but getting here was no easy task. Today, in 2016, I blog for a living, which is pretty great. But were it not for the long, twisty journey that got blogging to its current state, I might not be here. We've found that there's quite a history behind blogs. Merriam Webster currently defines a blog as “a web site on which someone writes about personal opinions, activities, and experiences. . ” → Download Now: 6 Free Blog Post Templates The Blogging Vernacular The early vocabulary and semantics around blogging are more than a little muddy. Now, we simply say “blog” -- that's a pretty popular term in our vocabulary. And their former look and feel was dictated by the language people used to use to describe the act of blogging. Luckily, we've evolved and expanded how and why we blog since then.

So, let's see if we can better understand how that all took place. History of Vlogging, the First Vlogger, & How Vlogging Evolved. After following a few Vloggers for over a year I started to wonder how long vlogging had even been a thing. 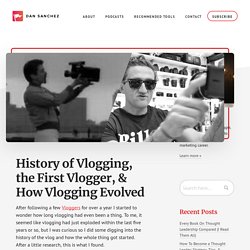 To me, it seemed like vlogging had just exploded within the last five years or so, but I was curious so I did some digging into the history of the vlog and how the whole thing got started. After a little research, this is what I found. How long has vlogging been around? Vlogs have existed since January 2nd, 2000 when Adam Kontras posted his first video of his journey to Los Angeles to his personal blog for friends and family to follow along in his journey.