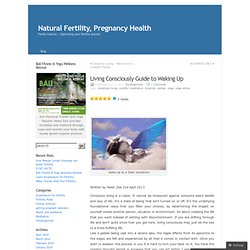 It cannot be measured against someone else’s beliefs and way of life. One World. A Cathedral Made from 55,000 LED Lights. The Luminarie De Cagna is an imposing cathedral-like structure that was recently on display at the 2012 Light Festival in Ghent, Belgium. 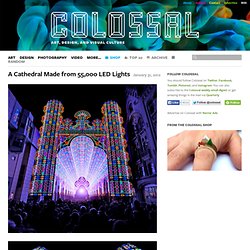 The festival was host to almost 30 exhibitions including plenty of 3D projection mapping, fields of luminous flowers, and a glowing phone booth aquarium, however with 55,000 LEDs and towering 28 meters high the Luminarie De Cagna seems to have stolen the show. ( via stijn coppens, sacha vanhecke, sector271) Vajroli Mudra (The Thunderbolt Attitude) Even anyone living a free lifestyle without the formal rules of yoga, if he practises vajroli well, that yogi becomes a recipient of siddhis (perfections). 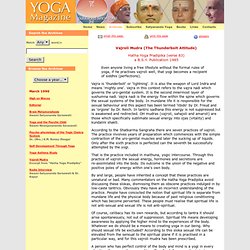 Vajra is 'thunderbolt' or 'lightning'. It is also the weapon of Lord Indra and means 'mighty one'. Vajra in this context refers to the vajra nadi which governs the uro-genital system. It is the second innermost layer of sushumna nadi. Purusha. Contemporary interpretation by artist Igor Kufayev, Purusha, 1995, tondo, oil on canvas, diameter 80 cm, London, private collection. 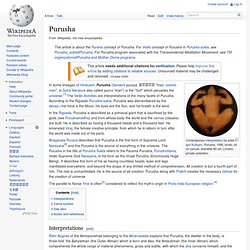 Bhagavata Purana describes that Purusha is the first form of Supreme Lord Narayana[2] and this Purusha is the source of everything in the universe. The Purusha in the title of Purusha Sukta refers to the Parama Purusha, Purushottama, Vedic Supreme God Narayana, in his form as the Viraat Purusha (Enormously Huge Being). It describes this form of his as having countless heads, eyes and legs manifested everywhere, and beyond the scope of any limited method of comprehension. All creation is but a fourth part of him. Natura Mythica Deios. A Cathedral Made from 55,000 LED Lights. ‪Atmosphere - Scapegoat‬‏ ‪Outkast - Da Art of Storytellin' (Part 2)‬‏ Music. Music Video Awesomeness. 100th Meme Keys. An Inquiry Into Islam. Home page. The genocide of the Jews of Europe: The Holocaust The word Holocaust (from Greek ‘holos’ meaning ‘complete’ and ‘kaustos’ meaning ‘burned’) has become the preferred name for the Nazis’ systematic genocide of some six million Jews during World War II. 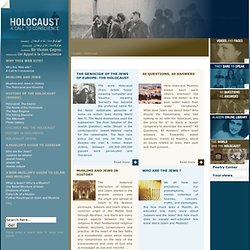