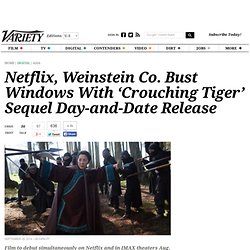 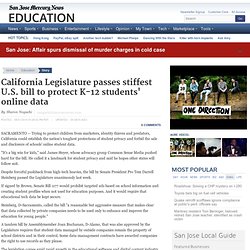 "It's a big win for kids," said James Steyer, whose advocacy group Common Sense Media pushed hard for the bill. He called it a landmark for student privacy and said he hopes other states will follow suit.Despite forceful pushback from high-tech heavies, the bill by Senate President Pro Tem Darrell Steinberg passed the Legislature unanimously last week.If signed by Brown, Senate Bill 1177 would prohibit targeted ads based on school information and creating student profiles when not used for education purposes.

Needed guidance Federal law already prohibits districts from releasing student information but doesn't limit the firms that contract to manage data. Bill Text - SB-1177 Privacy: students. (a) For the purposes of this section, “operator” means the operator of an Internet Web site, online service, online application, or mobile application with actual knowledge that the site, service, or application is used primarily for K–12 school purposes and was designed and marketed for K–12 school purposes. 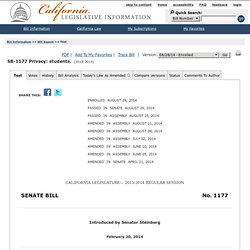 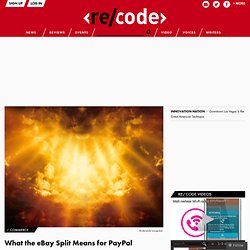 There are plenty of questions remaining about the plan eBay announced on Tuesday morning to remake PayPal as its own public company, but one thing seems likely: It’ll improve hiring and fortify the company amid a recent onslaught of competition from startups such as Stripe and even tech behemoths like Apple. One big concern before eBay’s decision to spin off PayPal was that eBay wouldn’t be able to find a top replacement for former PayPal President David Marcus, without a guarantee of eventual independence for the company.

The company today announced that well-regarded American Express exec Dan Schulman is taking over as PayPal’s president and eventual CEO, which allows the company to stabilize the executive ranks and put to rest that concern. 'Crouching Tiger' sequel Netflix's first original movie. As Netflix continues to grow its proprietary programming arsenal, the streaming service announced late Monday it's producing a sequel to Crouching Tiger, Hidden Dragon with the Weinstein Company as its first original movie. 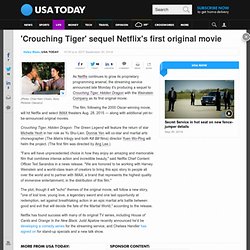 The film, following the 2000 Oscar-winning movie, will hit Netflix and select IMAX theaters Aug. 28, 2015 — along with additional yet-to-be-announced original movies. Starter cut-off devices keep car payments coming : Business. The US is ready to redefine “television” to include the internet. The US Federal Communications Commission is considering whether to treat certain online video services like cable and satellite TV providers. 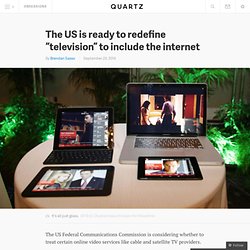 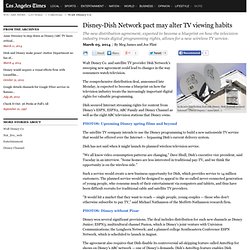 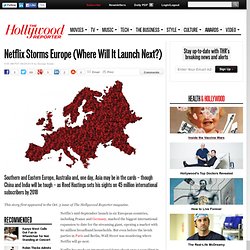 But even before the lavish parties in Paris and Berlin, Wall Street was wondering where Netflix will go next. Netflix has made an international foray about once a year (first in Canada in 2010, followed by Latin America in 2011, the U.K., Ireland and Scandinavia in 2012 and the Netherlands in 2013). Now it seems Australia is CEO Reed Hastings' next target. Read more Fall TV 2014: The Full Schedule Similar to Canada and Western Europe, Australia has a high percentage of broadband homes (about 6.4 million of a population of 23 million).

Netflix Deliberately Ruins A Lot Of Good TV And Movies. Netflix thinks that in this new era of television, spoilers matter less than they used to. 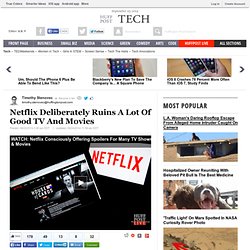 In fact, the company has created an entire site that gives away major plot twists of some popular and classic movies and TV shows. We're talking major. Whole Foods Turnaround Strategy. Can This Man Reprogram Microsoft? Whole Foods Turnaround Strategy - Business Insider. Studio Deal Renewals Could Hurt Redbox, Analyst Warns. The 5 Things We Know About Google's Five Year Plan  BetterWorks Raises $15.5 Million To Bring Google-Style Management To Small Co... Amazon vs alibaba. How Companies Learn Your Secrets. Japanese construction giant Obayashi announces plans to have a space elevator up and running by 2050. By North Asia correspondent Matthew Carney Updated Once the realm of science fiction, a Japanese company has announced they will have a space elevator up and running by the year 2050. 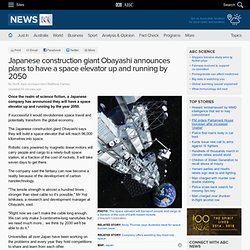 If successful it would revolutionise space travel and potentially transform the global economy. The Japanese construction giant Obayashi says they will build a space elevator that will reach 96,000 kilometres into space. Welcome to Forbes. Apple's Tim Cook attacks Google and Facebook over privacy flaws. Apple chief executive Tim Cook has fired a new salvo against Google and Facebook, emphasising in an open letter to customers that Apple doesn’t build profiles of its users from their email content or web browsing habits “to sell to advertisers”. The $3.2 Billion Man: Can Google's Newest Star Outsmart Apple? Lounging poolside in 93-degree July heat as Daft Punk's "Get Lucky" thrums through the patio speakers, Tony Fadell takes a sip of nonalcoholic beer and sinks far enough back into his chair that his belly peeks out from under his Lacoste polo.

We're in the backyard of his Woodside, California, home, not far from the tennis court, barn, and private forested driveway with a horse-crossing sign. The house itself is rather modest, a modern slice of heaven that Fadell spent five years searching for and then two years remodeling, filling its tall, white rooms with state-of-the-art technology and Art Basel–style furniture. He calls its design "classic California. " Amazon Announces New $79 Kindle eBook Reader, $99 Fire Tablet. NEW YORK (TheStreet) -- As Amazon (AMZN_) continues to press more in hardware, expanding its offerings, it's playing to its strengths - Kindles and Fire tablets, with the company announcing several new Kindle e-readers and Fire tablets last night. BCG Partners analyst Colin Gillis questioned the wisdom of Amazon's 9 p.m. midweek announcement of the new products but not the actual devices.

"The Kindle refresh will promote online book sales," he said in a phone interview. Gillis added, "The new, lower-priced Fire tablet will drive more market share. Google's New A.I. Ethics Board Might Save Humanity From Extinction. There Is No Privacy On The Internet Of Things. Yelp and TinyCo settle with FTC over COPPA Rule violations. September 17, 2014. What happens to calls that are 'recorded for quality assurance' - Sep. 15, 2014. Apple Supply Chain Mastery Is Key To CEO Tim Cook's Success. Apple has written a guide for people switching from Android to iPhone. Apple releases iOS 8 tomorrow, and its next generation of iPhone later this week. With the new models approaching larger Android phones in terms of screen size, the company appears to be expecting a lot of people will make the switch from Samsung, HTC, and other devices to its iPhone.

To that end, it's provided a guide to moving all your stuff from Android to iOS. Online Privacy: Using the Internet Safely. Microsoft buys Mojang, Minecraft: Five reasons it makes strategic sense. How Apple promises to safeguard your workout data. Apple not only unveiled the new iPhone last week. New App Makes It Easy to Stalk Friends (or Strangers!) Without Them Really Knowing. Your favorite social networks have asked you to share your location for a while now. We need a "moral operating system" - Damon Horowitz. Teens Get Online 'Eraser Button' With New California Law. 10 ways to protect your online identity. eHarmony Wants To Help You Find A Job. Yahoo Faced Big U.S. Fines Over User Data - WSJ. T-Mobile offers free cell spots to all customers. Malicious advertising hits Amazon, YouTube and Yahoo, Cisco says.

Verizon failed to tell 2 million people it was using their personal info for marketing. Now the FCC is making it pay. Skype with care – Microsoft is reading everything you write. Are You Data Rich but Insights Poor? Apple sets event for Sept. 9. Twitter Is Destroying Itself. 5 Careers That Pay $50 An Hour.