The Word is Not the Thing 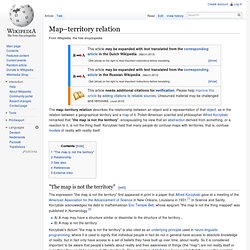 Korzybski's dictum "the map is not the territory" is also cited as an underlying principle used in neuro-linguistic programming, where it is used to signify that individual people in fact do not in general have access to absolute knowledge of reality, but in fact only have access to a set of beliefs they have built up over time, about reality. This concept occurs in the discussion of exoteric and esoteric religions. Historian of religions J. Watch the Pass it On Honesty commercial where a kid returns a purse. In a fast-paced stream of events through alleys and with a police car—all underscored by the Black Eyed Peas song, “Where is the Love,” we watch the drama unfold and wonder if the young man is stealing or returning the purse—until the last triumphant moment. 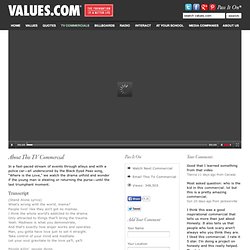 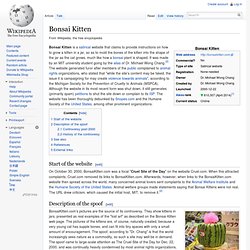 It was made by an MIT university student going by the alias of Dr. Michael Wong Chang.[2] The website generated furor after members of the public complained to animal rights organizations, who stated that "while the site's content may be faked, the issue it is campaigning for may create violence towards animals", according to the Michigan Society for the Prevention of Cruelty to Animals (MSPCA). Although the website in its most recent form was shut down, it still generates (primarily spam) petitions to shut the site down or complain to its ISP. The website has been thoroughly debunked by Snopes.com and the Humane Society of the United States, among other prominent organizations.

My Frog Playing African Bull Frog Ant Crusher. The Practical Philosopher's Blog. The word is not the thing. 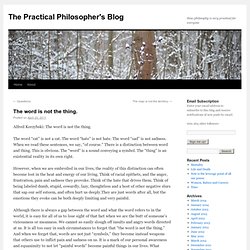 Alfred Korzybski: The word is not the thing. The word “cat” is not a cat. The word “hate” is not hate. The word “sad” is not sadness. When we read these sentences, we say, “of course.” However, when we are embroiled in our lives, the reality of this distinction can often become lost in the heat and energy of our living. Although there is always a gap between the word and what the word refers to in the world, it is easy for all of us to lose sight of that fact when we are the butt of someone’s viciousness or meanness. 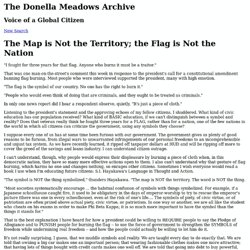 Anyone who burns it must be a traitor. " That was one man-on-the-street's comment this week in response to the president's call for a constitutional amendment banning flag burning. Most people who were interviewed supported the president, many with high emotion. "The flag is the symbol of our country.

No one has the right to burn it. " "People who would even think of doing that are criminals, and they ought to be treated as criminals. " In only one news report did I hear a respondent observe, quietly, "It's just a piece of cloth. " Listening to the president's statement and the approving echoes of my fellow citizens, I shuddered. I suppose every one of us has at some time been furious with our government. I can't understand, though, why people would express their displeasure by burning a piece of cloth when, in this democratic nation, they have so many more effective actions open to them.