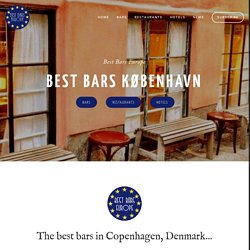 When the military chose to shut down the naval complex in Bådmandsstræde at the end of the 1960’s, no one would have ever imagined that the 32 acre area would evolve into what is one of the most unique places in Europe. Hippies and Scandinavian backpackers decided to squat in the complex making it a self-proclaimed autonomous neighborhood, of which the Danish Government has largely ignored to this day, despite attempts to shut down the open cannabis trade. On this spot, Nemo started to sell his fruit and vegetables to the new residents until Bullshit MC, a gangster biker's club, took over in an attempt to profit from the drugs trade. 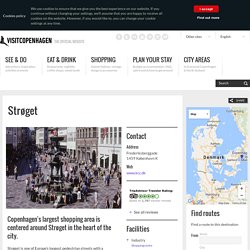 Strøget is one of Europe's longest pedestrian streets with a wealth of shops, from budget-friendly chains to some of the world's most expensive brands. The stretch is 1.1 kilometers long and runs from City Hall Square (Rådhuspladsen) to Kongens Nytorv. Strøget is a nickname from the 1800s and covers the streets Frederiksberggade, Nygade, Vimmelskaftet and Østergade and Nytorv square, Gammeltorv Square and Amagertorv Square. Shopping and sights Strøget is most famous for shopping. If your budget is more limited, you can continue along Strøget down towards City Hall Square, where you find shops like H&M, Vero Moda, Weekday and Zara. Read our big guide to shopping on Strøget However, Strøget is not just shopping. From Amagertorv you can also see across the canal to Christiansborg Palace, where the parliament sits. And street performers Strøget is a popular hangout for the city's street performers.

Visitcopenhagen. Top 10 value for money restaurants in Copenhagen. Best Copenhagen bars and clubs. Whiskey-a-go-go at Lidkoeb Many of Copenhagen’s best bars are located in the residential Bridge Quarters of Vesterbro and Nørrebro. 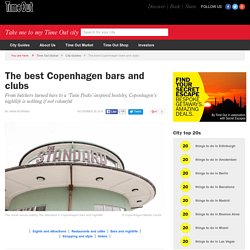 The former, in particular, is home to stylish newcomers – with several, such as Bakken, located in former butchers’ shops in the meatpacking district of Kødbyen – as well as old-school pub-style bars known locally as bodegas. Freddy’s [no website]is a good example of the latter, with ’80s jukebox tunes and a house-party feel after-hours. Lidkoeb, meanwhile, offers a more exclusive experience, with quality cocktails and a whiskey lounge with a fireplace. Pussy Galore’s Flying Circus, the archetypal modern nightlife spot of multicultural Nørrebro, is another popular Copenhagen bar. Good bets for a tipple in the historic centre include ‘Twin Peaks’-inspired bar The Log Lady – for mysterious decor (think big cacti, tree-stump tables and neon signs) and a genial vibe – and the bijou K-Bar, just around the corner from Amagertorv. 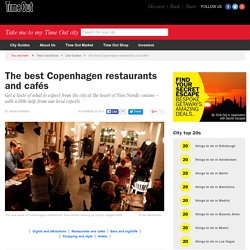 Copenhagen’s most famous restaurant, Noma, is located in Christianshavn, for instance – while Amass, established by an ex-Noma head chef in 2013, is in nearby Holmen. Both are among the city’s much-celebrated New Nordic restaurants, which combine Scandinavian (often organic) produce with culinary innovation, normally expressed by a series of tasting plates. Restaurant Relæ, Restaurant Radio and stylish Höst are other good bets for those looking to try this type of cuisine (though be warned: it doesn’t normally come cheap). Copenhagen isn’t all about small plates and pioneering flavour combining, however (though it can sometimes seem that way). Finally, any self-respecting foodie should make a beeline for Torvehallerne, the covered gourmet food market on Israels Plads.