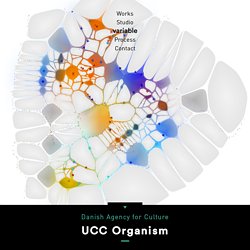 The visualization is rendered using one of 30 ODroids and 1-3 Mac Minis distributed across the buildings. They communicate with a central server responsible for updating the schedule and issuing events like lunhc breaks, holidays or train arrivals. There are three main parts of the visualization: Architecture, Agents and the Energy. The Map of the Wireless Network (interactive visualization)

Connections for Facebook. Bluescape. College Football Hall of Fame: Interactive Media Wall. Data visualization by Martin Grandjean In Shakespeare’s 37 plays, more than 1,200 characters speak more than 880,000 words to each other. 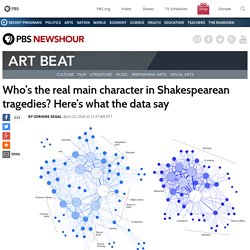 The numbers are staggering. But for Martin Grandjean, a data scientist based in Geneva, they’re also an opportunity. Grandjean examined how many and which characters appear on stage together at different points in each play to produce data visualizations that graphically represent these numbers. The graphics reconsider the relationships between different characters in the play, including who plays the most central role in the script — a result that Grandjean said sometimes surprised him. Watson News Explorer. Sizing Up Big Data, Broadening Beyond the Internet. OpenStudio Networks. The artist and designer Burak Arikan has been involved in great projects such as the Micro Fashion Network or Real Time Rome. 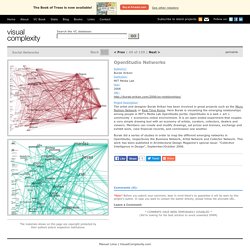