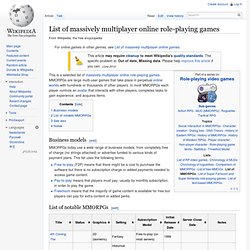 This list uses the following terms. Free-to-play (F2P) means that there might be a cost to purchase the software but there is no subscription charge or added payments needed to access game content.Pay-to-play means that players must pay, usually by monthly subscription, in order to play the game.Freemium means that the majority of game content is available for free but players can pay for extra content or added perks. Alan Sugar. Alan Michael Sugar, Baron Sugar (born 24 March 1947) is an English[4][5] business magnate, media personality, and political advisor. 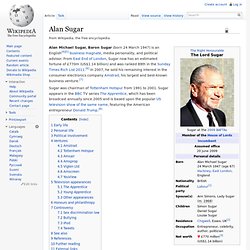 From East End of London, Sugar now has an estimated fortune of £770m (US$1.14 billion) and was ranked 89th in the Sunday Times Rich List 2011.[6] In 2007, he sold his remaining interest in the consumer electronics company Amstrad, his largest and best-known business venture.[7] Early life Sugar was born in Hackney, east London,[9] into a Jewish family.[10] He is the youngest of four children of Fay (1907–1994)[11][12] and Nathan (1907–1987)[12] Sugar. His father was a tailor in the East End garment industry.[13] When Sugar was young, his family lived in a council flat. Personal life. Alan Sugar. Data Protection. This guide is based on UK law. 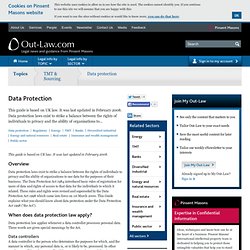 It was last updated in February 2008. Overview Data protection laws exist to strike a balance between the rights of individuals to privacy and the ability of organisations to use data for the purposes of their business. Data-protection. Clive Sinclair. Sir Clive Marles Sinclair (born 30 July 1940) is an English entrepreneur and inventor, most commonly known for his work in consumer electronics in the late 1970s and early 1980s. 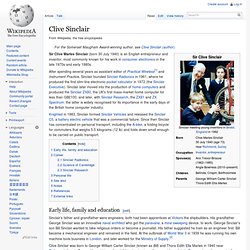 After spending several years as assistant editor of Practical Wireless[1] and Instrument Practice, Sinclair founded Sinclair Radionics in 1961, where he produced the first slim-line electronic pocket calculator in 1972 (the Sinclair Executive). Sinclair later moved into the production of home computers and produced the Sinclair ZX80, the UK's first mass-market home computer for less than GB£100, and later, with Sinclair Research, the ZX81 and ZX Spectrum; the latter is widely recognised for its importance in the early days of the British home computer industry. Knighted in 1983, Sinclair formed Sinclair Vehicles and released the Sinclair C5, a battery electric vehicle that was a commercial failure.

Sir Clive sinclair. Scary BYOD Data Protection Trends: 10 Common Problems. Iphone. United Kingdom) - iPhone 5 - Loving it is easy. That’s why so many people do. Bring your own: how modern-day schools are trying to cope. BYOD: Some schools require children to bring their own laptops. 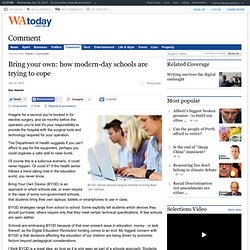 Imagine for a second you're booked in for elective surgery, and six months before the operation you're told it's your responsibility to provide the hospital with the surgical tools and technology required for your operation. The Department of Health suggests if you can't afford to pay for the equipment, perhaps you could organise a cake stall to raise funds. Of course this is a ludicrous scenario. It could never happen. Or could it? Bring Your Own Device (BYOD) is an approach in which schools ask, or even require in the case of some non-government schools, that students bring their own laptops, tablets or smartphones to use in class.

Advertisement BYOD strategies range from school to school. Schools are embracing BYOD because of that ever-present issue in education: money - or lack thereof, as the Digital Education Revolution funding comes to an end. Funding and equity issues aside, I wonder how teachers feel about BYOD. Computational thinking. Computational Thinking (CT) is a problem solving method that uses computer science techniques. 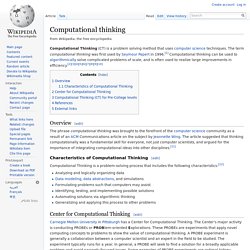 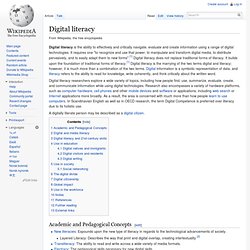 It requires one "to recognize and use that power, to manipulate and transform digital media, to distribute pervasively, and to easily adapt them to new forms".[1] Digital literacy does not replace traditional forms of literacy. It builds upon the foundation of traditional forms of literacy.[1] Digital literacy is the marrying of the two terms digital and literacy; however, it is much more than a combination of the two terms. Digital information is a symbolic representation of data, and literacy refers to the ability to read for knowledge, write coherently, and think critically about the written word. Digital literacy researchers explore a wide variety of topics, including how people find, use, summarize, evaluate, create, and communicate information while using digital technologies. 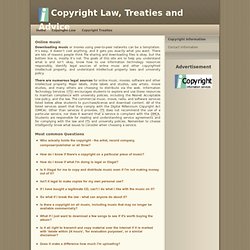 Who actually holds the copyright in a piece of music - artist, record company, composer/publisher or all three? There is generally more than one owner of rights in any given track. The people who wrote the tune and the lyrics and/or their publishers own authors' rights, which is the classic copyright. The artist that performs that music has certain 'related rights' as a performer. And a record label typically owns the copyright or producer's related rights in the particular recording of the song. Permission is needed from all of these people who created the music-or those to whom they have assigned their rights-in order to use the music.

Back to top 2. All music and recordings of music are copyrighted and also subject to protections of 'related rights' as of the date they are created, and for at least 50 years afterwards (up to 120 years in some countries). 3. Copyright and related protections apply in virtually every country. 4. 5. 6. 7. 8. Generally, yes. 9. 10. 11.