What can we learn from Google’s offices about workplace design? - Workspace Design & Build. Office putting-greens, vintage subway cars and revolving bookcases are among the zany features that can be found in Google’s charismatic offices. 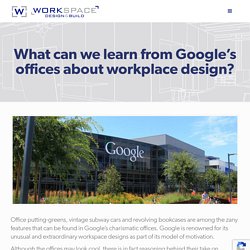 Google is renowned for its unusual and extraordinary workspace designs as part of its model of motivation. Although the offices may look cool, there is in fact reasoning behind their take on workspace. In this blog, we will explore the ways that Google makes use of its office space to “create the happiest, most productive workplace in the world.” Those that sit together, work together. Hertz is seeking a $1.5 billion bankruptcy loan after regulators blocked its controversial $500 million share sale, report says. Walmart wants to buy TikTok. Here's why. But analysts who have watched the meteoric rise of social commerce in China — a mash up of social media activity and frenzied online shopping — say Walmart's interest in TikTok makes perfect sense. 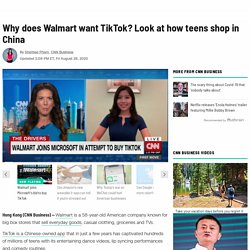 The Chinese version of TikTok, known as Douyin, is one of several apps in the country that have tapped into the rapidly growing number of Chinese shoppers who like to buy stuff on social media platforms. Users of Douyin and Tencent-owned(TCEHY) rival Kuaishou, for example, can buy goods after watching short videos about products. They tune into live streams of influencers peddling everything from makeup to furniture. Users can ask influencers about products and get responses in real time, or they can click on steep discounts that are offered only in the apps. It's like a modern version of shopping via QVC or the Home Shopping Network, but a lot more social and shrunk down to busy screens on mobile devices. 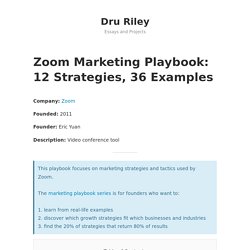 The marketing playbook series is for founders who want to: 1. learn from real-life examples2. discover which growth strategies fit which businesses and industries3. find the 20% of strategies that return 80% of results Niche Marketing 1. Zoom is used by more than 6900 educational institutions. They cater their messaging and features to educational institutions to make sales. There’s an entire page dedicated to customers in the education space. The Unconscious Power of Brands. June 24, 2016 5 min read Opinions expressed by Entrepreneur contributors are their own. 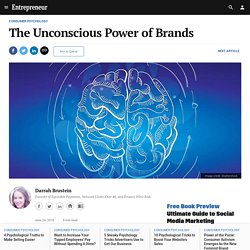 When we buy something, we like to think we know the reason why. We move through the world feeling in control of our actions; and the decision to purchase something is no different: We think we bought that new product because it had the best features, the best price or the best look. Related: 12 Great Resources for Diving Into Consumer Psychology But, as research from neuroscience, psychology and behavioral economics has shown, we humans are not nearly as rational as we think. As entrepreneurs involved in building businesses and brands, we have to realize how our customers’ minds actually work, not how we’d like them to work in a perfect world. Here are a few tips for how entrepreneurs and small business owners can apply his thinking: 1. For starters, realize that your brand is far more than your logo. 2. 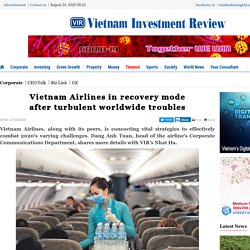 Is Vietnam Airlines going to face a similar scenario and if so, what solutions can be utilised? We predicted the worst scenario of 2020 would be lost revenues of around VND50 trillion ($2.14 billion), and the aviation industry could be set back by three or four years. However, since January Vietnam Airlines has set up and carried out many solutions to control the situation. We quickly restructured and filtered the labour force along with reducing salaries. Our policies received the wide support of all leaders and staff who are willing to temporarily leave their job or work unpaid. The airline has found a way to increase revenue by rising the number of cargo flights. International Journal of Corporate Social Responsibility. This part shows how Google became famous in the world and its culture and subcultures made it a special case for others to take into consideration. 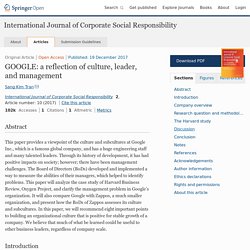 Google is one of the few technology companies which continue to have one of the fastest growth rates in the world. It began by creating a search engine that combined PageRank system, developed by Larry Page (ranking the importance of websites based on external links), and Web search engine, created by Sergey Brin (accessing a website and recording its content), two co-founders of the company (Jarvis 2011; Downes 2007).

Brand Culture theory: Coca Cola in social media. Brands need to renew themselves every time, because people and generation change. 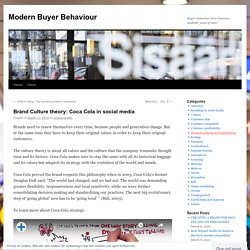 But at the same time they have to keep their original values in order to keep their original customers. The culture theory is about all values and the culture that the company transmits thought time and its history. Coca Cola makes sure to stay the same with all its historical baggage and its values but adapted its strategy with the evolution of the world and minds. Coca Cola proved the brand respects this philosophy when in 2003, Coca-Cola’s former Douglas Daft said: “The world had changed, and we had not.

The world was demanding greater flexibility, responsiveness and local sensitivity, while we were further consolidating decision making and standardizing our practices. To learn more about Coca-Cola strategy: Coca Cola always makes sure to remember to its consumers that the brand exists for a long time and have a real history. To learn more about Santa Claus history with Coca-Cola: