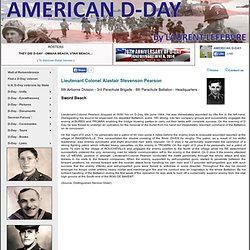 He was immediately wounded by rifle fire in the left hand. Disregarding his wound he organised his depleted Battalion, some 180 strong, into two company groups and successfully engaged the enemy at BURES and TROARN enabling the bridge blowing parties to carry out their tasks with complete success. On the evening of D Day he was forced to undergo an operation for the removal of the bullet from his hand but immediately resumed command of the Battalion on its conclusion.

On the night of D plus 1, he personally led a patrol of 40 men some 4 miles behind the enemy lines to evacuate wounded reported at the village of BASSENVILLE. This necessitated the double crossing of the River DIVES by dinghy. (Source: Distingushed Service Order) BBC One Programmes - In the Footsteps of Blair Mayne. SAS legend part 4. SAS legends part 3. SAS legends part 2. 11 Commando. Photos of 11 Commando Follow this link to the ROH for the Fallen from No.11 Commando who are commemorated in perpetuity by the Commando Veterans Association: Additionally follow this link to read an account of Layforce written by Alan Orton: See our Victoria Cross section for an additional picture of Lt Col. 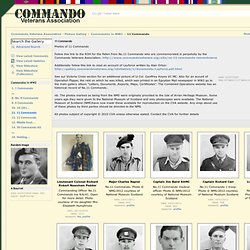 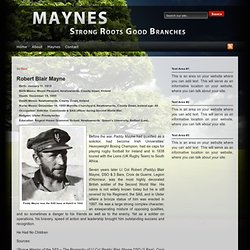 Commando & SAS officer during Second World War.Religion: Ulster PresbyterianEducation: Regent House Grammar School, Newtownards; Queen's University, Belfast (Law). Paddy Mayne near the SAS base at Kabrit in 1942 Before the war, Paddy Mayne had qualified as a solicitor, had become Irish Universities’ Heavyweight Boxing Champion, had six caps for playing rugby football for Ireland and in 1938 toured with the Lions (UK Rugby Team) to South Africa. Third Bar Films Ltd - Paddy Mayne. DSO) four times, and was also honoured by the French government with the Legion D’Honneur and the Croix de Guerre.

When the original SAS was disbanded at the end of the war many of Mayne’s soldiers went abroad in search of other wars and excitement. But not Mayne. He returned to the simple life he’d known before the war, and tried hard to settle down into provincial Northern Irish life. Six months after commanding thirty heavily armed jeeps in vicious action behind German lines, Mayne was back in his home town, doing his best to fit into a world he barely remembered. BLAIR MAYNE - IRISH RUGBY INTERNATIONAL. Martin Dillon - Rogue Warrior of the SAS: The Blair Mayne Legend. Blair Mayne. L.O.L 1952 Lodge Bannerette depicts Newtownards famous son Lt Col Robert Blair Mayne DSO & 3 Bars A Murial depicting Mayne's exploits in North Africa painted proudly on a gable end Queen Street newtownards (click on the image to enlarge) Mayne was born in January, 1915, one of four boys in a family of seven children.The outbreak of the Second World War cut short his sports career. 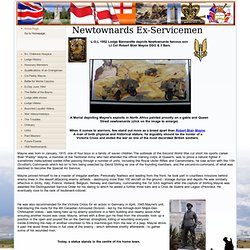 Blair "Paddy" Mayne, a member of the Territorial Army who had attended the officer training corps at Queen's, was to prove a natural fighter if sometimes indisciplined soldier.After passing through a number of units, including the Royal Ulster Rifles and Cameronians, he saw action with the 11th (Scottish) Commando which led on to him being selected by David Stirling as one of the founding members, and the second-in-command, of what was destined to become the Special Air Service. 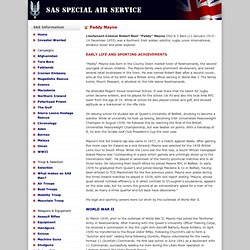 Early life and sporting achievements "Paddy" Mayne was born in the County Down market town of Newtownards, the second youngest of seven children. The Mayne family were prominent landowners, and owned several retail businesses in the town. He was named Robert Blair after a second cousin, who at the time of his birth was a British Army officer serving in World War I. The family home, Mount Pleasant, is situated on the hills above Newtownards. He attended Regent House Grammar School.

On leaving school he studied law at Queen's University of Belfast, studying to become a solicitor. Mayne's first full Ireland cap also came in 1937, in a match against Wales. His legal and sporting careers were cut short by the outbreak of World War II. World War II. Paddy Mayne. Early life and sporting achievements[edit] Robert Blair "Paddy" Mayne was born in Newtownards, County Down, the second youngest of seven children. 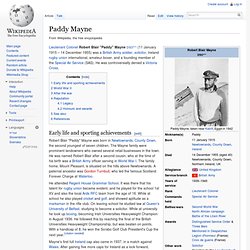