Data & Statistics. Prevalence of Heart Disease — United States (2005) Heart disease has been the leading cause of death in the United States for the past 80 years and is a major cause of disability.

Respondents to the 2005 Behavioral Risk Factor Surveillance System (BRFSS) survey* answered questions about whether a doctor or other health professional had ever told them that they had experienced a "heart attack, also called a myocardial infarction (MI)" or "angina or coronary heart disease (CHD). " Differences in prevalence, or the number of cases in a given population during a set timeframe, were assessed by age, race/ethnicity, sex, education, and state or territory of residence. Data were weighted to reflect each state and territory's population aged ≥18 years, and results were age adjusted to the 2000 U.S. adult standard population.

Race/ethnicity identification was provided by respondents; persons who identified themselves as multiracial were included in a separate category. For more information, see: DHDSP - Heart Disease Facts. America's Heart Disease Burden About 600,000 people die of heart disease in the United States every year–that’s 1 in every 4 deaths.1Heart disease is the leading cause of death for both men and women. 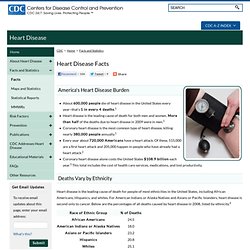 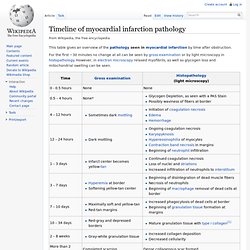 For the first ~30 minutes no change at all can be seen by gross examination or by light microscopy in histopathology. However, in electron microscopy relaxed myofibrils, as well as glycogen loss and mitochondrial swelling can be seen. Once scarring is completed, there is yet no common method of telling the actual age of the infarct, since e.g. a scar that is four months old looks identical to a scar that is ten years old. *It is often possible, however, to highlight the area of necrosis that first becomes apparent after 2 to 3 hours by immersion of tissue slices in a solution of triphenyltetrazolium chloride. This dye imparts a brick-red color to intact, noninfarcted myocardium where the dehydrogenase activity is preserved.

Instead of a triphenyltetrazolium chloride dye, a LDH (lactate dehydrogenase) dye can also be used to visualize an area of necrosis. FASTSTATS - Heart Disease. (Data are for the U.S.) 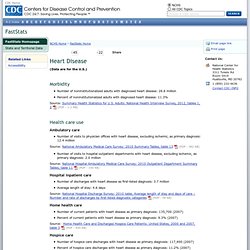