Inside the Fight for Free Education at Cooper Union. In November of 2009, then-president of Cooper Union Dr. 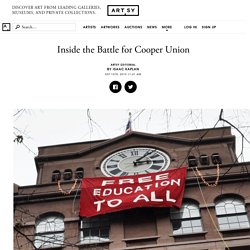 George Campbell Jr. delivered a speech accepting the Green Building Design Award, which had just been awarded to the institution’s recently completed home at 41 Cooper Square. The building was a symbolic shift for the school, its stainless steel facade something one would expect to find at a large research university with a global brand, not at a small arts, engineering, and architecture university where students attended gratis. With a droopy bowtie, tiny spectacles, and a teacherly grin, Dr. Campbell exudes a quaint, avuncular honesty. In his speech, Campbell briefly mentioned Cooper’s free education, touted the building’s environmental sustainability, and quickly alluded to some unspecified risks behind the project.

Under the 2006 plan, $35 million of the loan was invested in the school’s endowment, expected to produce returns in excess of 7% to cover the loan’s 5.875% interest rate. 19th-Century Album of Ottoman Fashion. In this section of the site we bring you curated collections of images, books, audio and film, shining a light on curiosities and wonders from a wide range of online archives. 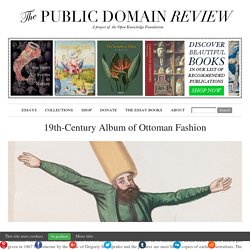 With each post including links back to the original source we encourage you to explore these wonderful online sources for yourself. Check out our Sources page to see where we find the content. Art history class: Learn to analyze and appreciate fine art in museums. Illustration by Mouni Feddag There are few things I dread more than a trip to an art museum. 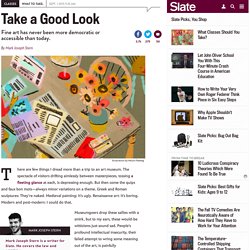 The spectacle of visitors drifting aimlessly between masterpieces, tossing a fleeting glance at each, is depressing enough. But then come the quips and faux bon mots—always minor variations on a theme. Greek and Roman sculptures: They’re naked. Medieval painting: It’s ugly. Mark Joseph Stern is a writer for Slate. Photos About Mental Health. A surreal work by Christian Hopkins, who explains, “I’ve been suffering from Major Depression for the past 4 years and it has manifested itself throughout that period in many ways, photography included.” 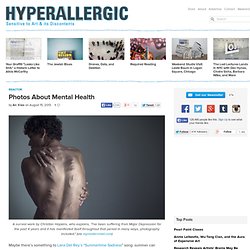 (via mymodernmet.com) Maybe there’s something to Lana Del Rey’s “Summertime Sadness” song: summer can sometimes be an intense, heavy season, so perhaps that is why two recent articles have been dipping their toes into the pool of complex emotion that is contemporary life. The first, which appeared in Salon, has an intense title: “Living in America will drive you insane — literally.” Here’s what writer Bruce E. Levine had to say: Fantastic explanations of the movie trickery in Fritz Lang’s ‘Metropolis,’ 1927. A great find by Mike Novak at Smithsonian Magazine proves that movie fans were just as interested in “special effects” as any fan of Star Wars, Alien, Terminator 2, The Matrix, or Avatar—a June 1927 issue of Science and Technology magazine laying out the innovative techniques behind Fritz Lang’s masterpiece Metropolis. 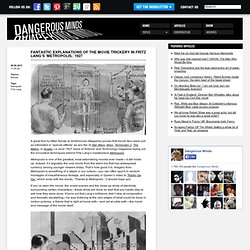 Metropolis is one of the greatest, most astonishing movies ever made—it still holds up. Indeed, it’s arguably the only movie from the silent era that has widespread currency among younger viewers today. That’s how good it is. Alice Goldfarb Marquis: Marcel Duchamp: The Bachelor Stripped Bare (2002. Art4anyone : C - Curve by Anish KAPOOR #art... I remember you.

The girl never owned the pearls, she likes tea with butter & honey on her toast. She likes to attempt empathy, by listening to Janis Joplin wail @8am. Tattoo History Occasionally. This morning while multitasking parenting and a group project meeting at my house, my daughter asked if she could watch the Disney movie, Pocahontas. 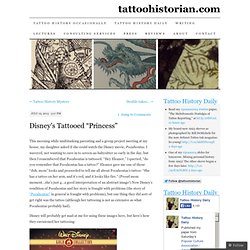 I wavered, not wanting to cave in to screen-as-babysitter so early in the day, but then I remembered that Pocahontas is tattooed. Linder at Kestner Gesellschaft. Artist: Linder Venue: Kestner Gesellschaft, Hanover Exhibition Title: Woman/Object Date: June 7 – August 4, 2013 Click here to view slideshow. 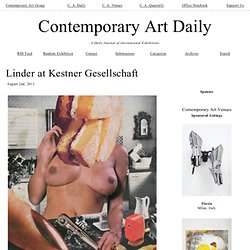 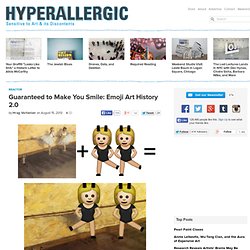 Behold, Emoji Degas! Specifically, Edgar Degas’s “Dancers Practicing at the Barre” (1877) meets the ballet dancers emoji (aka woman with bunny ears). These 2.0 versions of one of our favorite digital art history games is the work of a new tumblelog (or its fans), appropriately titled, emojinalart.tumblr.com. I dare you not to smile at these quirky mashups: A Van Gogh self-portrait … Showcom22.