What Rig Should I Buy? LPFM : Message: FM Translators, LPFM on Tap at FCC Later This Month. The FCC is taking a step towards eventually adding more low-power FMs to the dial. 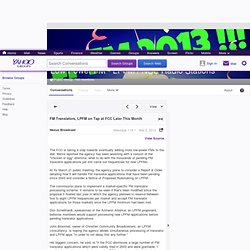 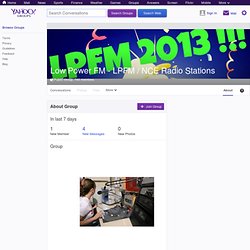 This is not about Pirate radio, rather the legal LPFM and NCE services. In-depth coverage of legal low power FM, LPFM. Advice on starting a LPFM radio station, operating a lpfm station. News and information for operators of LPFM stations - LPFM equipment, LPFM technical, LPFM programming, LPFM FCC rules and regulations, and LPFM Congressional action. This is the original LPFM group, started in 1998 as LPFM was in its infancy. FCC News Flash: The FCC will open a new filing window in October 2013! Nexus Broadcast - Start a Radio Station! Wizzard-Hosting. Risk FREE Paid Hosting » try risk free 30 days money back » free Script Installer 50+ scripts FREE Script Installer FREE Site Builder We value customers' satisfaction and aim to give our clients courtesy at its best. 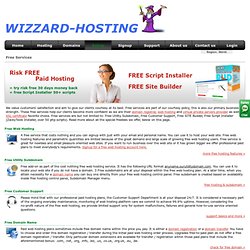 Free services are part of our courtesy policy, this is also our primary business strength. These free services help our clients become more confident as we are their domain registrar, web hosting and virtual private servers provider as well as SSL certificate favorite choice. Free Web Hosting A free service that costs nothing and you can signup with just with your email and personal name. Free Utility Subdomain Free add-on as part of the cost nothing free web hosting service. Free Customer Support Please mind that with our professional paid hosting plans, the Customer Support Department is at your disposal 24/7. Amateur radio. Member Home Page. Amateur radio. Amatuer \ Ham Radio. N2BHA Ham Radio. Kd1jv.qrpradio.com/tennadipper/tenna_dipper.HTM. Using just a few mw of output power, this circuit is used to find the 50 ohm resonance frequency of antennas or can be used to adjust an Antenna Tuning Unit for 50 ohm match, without generating QRM. 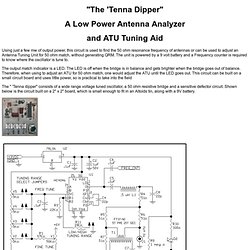 The unit is powered by a 9 volt battery and a Frequency counter is required to know where the oscillator is tune to. The output match indicator is a LED. The LED is off when the bridge is in balance and gets brighter when the bridge goes out of balance. Therefore, when using to adjust an ATU for 50 ohm match, one would adjust the ATU until the LED goes out. This circuit can be built on a small circuit board and uses little power, so is practical to take into the field The " 'Tenna dipper" consists of a wide range voltage tuned oscillator, a 50 ohm resistive bridge and a sensitive defector circuit. The R/C oscillator section of a 74HC4046 PLL/VCO chip is used as the frequency source. With the 22K R3 value, the stable tuning range of the oscillator is about 2.5 to 22 MHz. 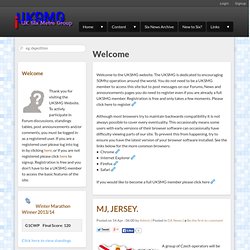