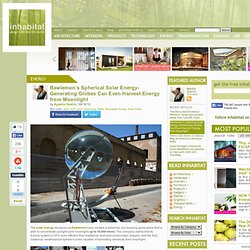 The company claims that its ß.torics system is 35% more efficient than traditional dual-axis photovoltaic designs, and the fully rotational, weatherproof sphere is even capable of harvesting electricity from moonlight. The ß.torics system was invented by Barcelona-based German Architect André Broessel. He sought to create a solar system that could be embedded in the walls of buildings so that they may act as both windows and energy generators. Knowledge & deep Search engine. Alternative & Free Energy. Researchers Create Highly Transparent Solar Cells for Windows that Generate Electricity — UCLA Engineering.

By Jennifer Marcus | July 20, 2012 Transparent Solar Cells UCLA researchers have developed a new transparent solar cell that is an advance toward giving windows in homes and other buildings the ability to generate electricity while still allowing people to see outside. Their study appears in the journal ACS Nano. The UCLA team describes a new kind of polymer solar cell (PSC) that produces energy by absorbing mainly infrared light, not visible light, making the cells nearly 70% transparent to the human eye. They made the device from a photoactive plastic that converts infrared light into an electrical current. Solar Tree – Ross Lovegrove. Solar Comes of Age. The solar industry is entering a dynamic period as costs decline, demand for electricity continues to grow, and competition heats up. 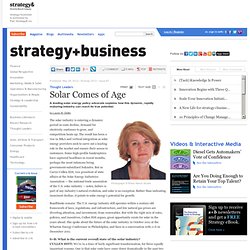 The result has been a rise in M&A and vertical integration as solar energy providers seek to carve out a leading role in the market and ensure their access to customers. Some high-profile bankruptcies have captured headlines in recent months, perhaps the most infamous being government-subsidized Solyndra. But as Carrie Cullen Hitt, vice president of state affairs at the Solar Energy Industries Association — the national trade association of the U.S. solar industry — notes, failure is part of any industry’s natural evolution, and solar is no exception. Rather than indicating imminent decline, it points to solar energy’s potential for growth. Roadblocks remain: The U.S. energy industry still operates within a century-old framework of laws, regulations, and infrastructure, and low natural gas prices are diverting attention, and investment, from renewables. 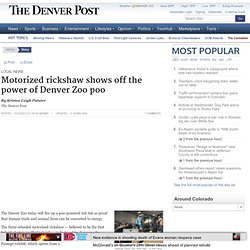 To the right, Brian Bruggeman and Paul Quick check on electrical components. (Helen H. Richardson, The Denver Post) Japanese breakthrough will make wind power cheaper than nuclear. NOTE: Some major wind projects like the proposed TWE Carbon Valley project in Wyoming are already pricing in significantly lower than coal power -- $80 per MWh for wind versus $90 per MWh for coal -- and that is without government subsidies using today's wind turbine technology. 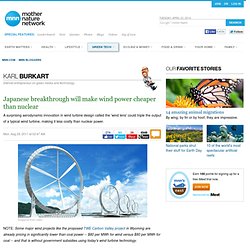 The International Clean Energy Analysis (ICEA) gateway estimates that the U.S. possesses 2.2 million km2 of high wind potential (Class 3-7 winds) — about 850,000 square miles of land that could yield high levels of wind energy. This makes the U.S. something of a Saudi Arabia for wind energy, ranked third in the world for total wind energy potential. The United States uses about 26.6 billion MWh's, so at the above rate we could satisfy a full one-third of our total annual energy needs. Now what if a breakthrough came along that potentially tripled the energy output of those turbines? You see where I'm going. Well, such a breakthrough has been made, and it's called the "wind lens. " New Car Engine Sends Shock Waves Through Auto Industry.

Despite shifting into higher gear within the consumer's green conscience, hybrid vehicles are still tethered to the gas pump via a fuel-thirsty 100-year-old invention: the internal combustion engine. 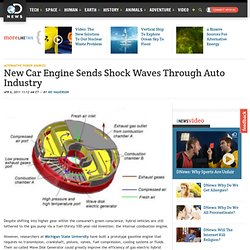 However, researchers at Michigan State University have built a prototype gasoline engine that requires no transmission, crankshaft, pistons, valves, fuel compression, cooling systems or fluids. Their so-called Wave Disk Generator could greatly improve the efficiency of gas-electric hybrid automobiles and potentially decrease auto emissions up to 90 percent when compared with conventional combustion engines. The engine has a rotor that's equipped with wave-like channels that trap and mix oxygen and fuel as the rotor spins. These central inlets are blocked off, building pressure within the chamber, causing a shock wave that ignites the compressed air and fuel to transmit energy. The Wave Disk Generator uses 60 percent of its fuel for propulsion; standard car engines use just 15 percent. Free-Energy Devices, zero-point energy, and water as fuel. Energy-Free Energy- Power Generation - shared folder - free file sharing and storage.