Road speeding does jeopardise safety of oneself and others. Everyone should be responsible of that. There are many ways that can minimise the number of cases for road speeding. This is a perfect example of lives sacrificed due to speeding. 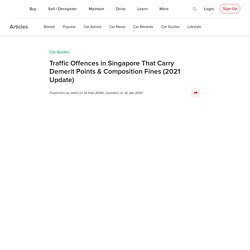 The same applies for suspensions as well—they will be cleared from a driver’s record if he doesn’t commit any offences for two years after his licence was suspended. Caught Speeding in Singapore: What Are the Penalties? Caution on the roads is important and adhering to speed limits is not just safe, it’s the right thing to do. 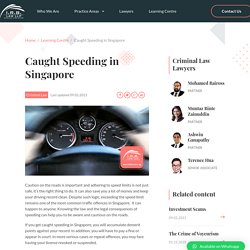 It can also save you a lot of money and keep your driving record clean. Despite such logic, exceeding the speed limit remains one of the most common traffic offences in Singapore. It can happen to anyone. Knowing the law and the legal consequences of speeding can help you to be aware and cautious on the roads. If you get caught speeding in Singapore, you will accumulate demerit points against your record.

Speeding is what is known as a strict liability offense, which means that as long as you are caught operating the vehicle in excess of the speed limit, you have a committed an offence even if you did not actually intend to exceed the speed limit. Road traffic and speeding offences are governed by the Singapore Road Traffic Act. What are the speed limits on Singapore roads? Section 2 of the Road Traffic (Restriction of Speed on Roads) Notification specifies speed limits. 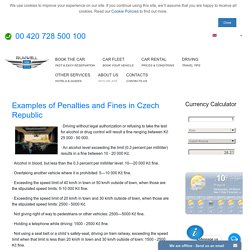 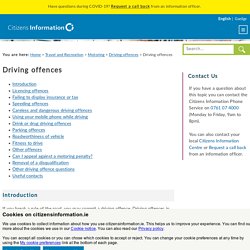 Driving offences in Ireland are set out in the Road Traffic Acts 1961 (as amended). Driving offences have different penalties, which depend on the seriousness of the offence, and sometimes, on how many offences you have committed in the past. Penalties range from fixed charges, which are fines that you must pay, to imprisonment for the most serious offences. If you are sent a fixed charge notice and you fail to pay the charge on time, you will be summoned to appear in court. Ireland also uses a penalty points system for driving offences. Gardaí have the power to arrest you for some driving offences, such as drink driving or dangerous driving. You will also be disqualified from driving if you commit an offence and a judge decides to disqualify you from driving, or if you have 12 penalty points on your licence. Licencing offences You must have a driving licence to drive in Ireland.