Gays Against Guns: can LGBTQ community curb the gun lobby? Patty Sheehan’s biggest worries on 11 June 2016 were parking tickets, potholes and whether her latest artwork was a good enough likeness of her cat, Loui. 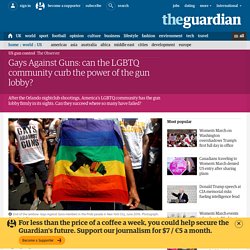 The Orlando city commissioner had stayed up late painting Loui that muggy Saturday night. Seven months later the portrait remains unfinished. Sheehan was woken by a phone call early the next morning telling her that a gunman armed with a military-style assault rifle had opened fire on clubbers at Pulse, an LGBT nightclub three miles from her door. 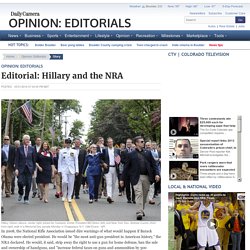 Andrew Cuomo (third from right) walk in a Memorial Day parade Monday in Chappaqua, N.Y. (Mel Evans / AP) In 2008, the National Rifle Association issued dire warnings of what would happen if Barack Obama were elected president. He would be "the most anti-gun president in American history," the NRA declared. Obama didn't propose any of those measures, much less achieve them. "If she could, Hillary would ban every gun, destroy every magazine, run an entire national security industry into the ground and put your name on a government registration list," Executive Vice President Wayne LaPierre said the other day.

Black Lives Matter and America’s long history of resisting civil rights protesters. Protesters at the courthouse in Selma, Ala., on Feb. 5, 1965. 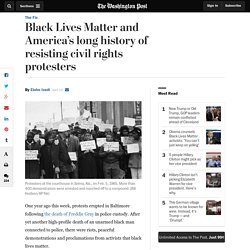 More than 400 demonstrators were arrested and marched off to a compound. (Bill Hudson/AP file) One year ago this week, protests erupted in Baltimore following the death of Freddie Gray in police custody. After yet another high-profile death of an unarmed black man connected to police, there were riots, peaceful demonstrations and proclamations from activists that black lives matter. The decentralized Black Lives Matter movement burst onto the national scene following the 2014 police shooting of an unarmed black teenager, Michael Brown, in Ferguson, Mo.

For these demonstrations, Black Lives Matter activists have received plenty of criticism from political candidates and their supporters and surrogates. A.C.L.U. Challenges Kansas Voter Law Requiring Proof of Citizenship.

Supreme Court and Climate Rules. BBC – Atlantic – NY Times – The Supreme Court dealt a huge blow to Obama this week – they have halted the implementation of the Clean Power Plan (new EPA regulations) until a court case on these rules is heard at Circuit Court level. 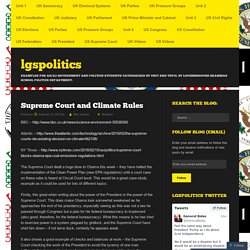 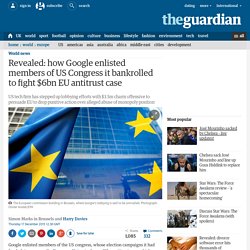 The coordinated effort by senators and members of the House of Representatives, as well as by a congressional committee, formed part of a sophisticated, multimillion-pound lobbying drive in Brussels, which Google has significantly ramped up as it fends off challenges to its dominance in Europe. Which are more powerful? British or American pressure groups? Pressure groups are vital to a democratic society and the pluralist model suggests the more groups the better as it indicates a thriving democracy as opposed to authoritarian rule which diminishes the right to gather. 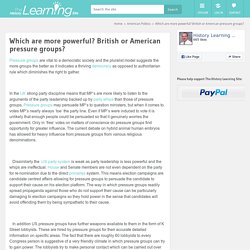 In the UK strong party discipline means that MP’s are more likely to listen to the arguments of the party leadership backed up by party whips than those of pressure groups. Pressure groups may persuade MP’s to question ministers, but when it comes to votes MP’s nearly always ‘toe’ the party line. Even if MP’s were induced to vote it is unlikely that enough people could be persuaded so that it genuinely worries the government. Only in ‘free’ votes on matters of conscience do pressure groups find opportunity for greater influence. The current debate on hybrid animal human embryos has allowed for heavy influence from pressure groups from various religious denominations. In addition US pressure groups have further weapons available to them in the form of K Street lobbyists. K Street and Congress. A useful piece from the Washington Post that discusses the current ‘horror’ of many K Street lobbyists at the inability by Congress to pass legislation that they had hoped to see: The GOP-controlled Congress let lapse the Export-Import Bank charter, has repeatedly fought raising the debt ceiling and this year punted the passing of the annual highway bill to fund the nation’s infrastructure. 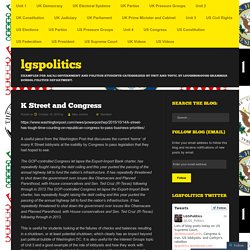