I Was Born a Fool and I'll Die a Fool for You Chapter 13: Friday After Next, a harry potter fanfic. Part 13 - Friday After Next The date was Friday, December 11th, 1994 and over two weeks had passed since I came home. 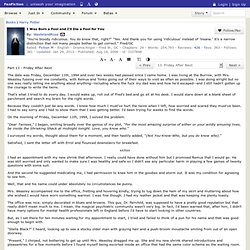 I was living at the Burrow, with Mrs. Weasley fussing over me constantly, with Remus and Tonks going out of their ways to visit as often as possible. I was doing alright but no one was really telling me anything about anything--including where the fuck my dad was and how he'd escaped--and I still hadn't gotten up the courage to write the twins. That's what I tried to do every day. Because they couldn't just be any words. On the morning of Friday, December 11th, 1994, I solved the problem. "Dear Twinses," I began, smiling broadly over the genius of my plot, "For the most amazing surprise of either or your wildly amusing lives, be inside the Shrieking Shack at midnight tonight. Inside My Mind Chapter 84: Interlude VI, a harry potter fanfic. 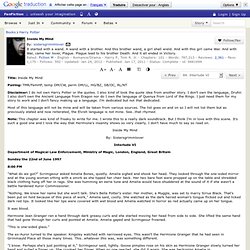 I also kind of took the quote idea from another story. I don't own the language, Druhir. I also don't own the Ancient Language from Eragon nor do I own the language of Quenya from Lord of the Rings. Most of this language will not be mine and will be taken from various sources. Note: This chapter was kind of freaky to write for me. Benihana. Ell Roche and ExcentrykeMuse. Ell Roche. Phoenix Soar. Author has written 13 stories for Naruto, Harry Potter, Chronicles of Narnia, Death Note, Kuroshitsuji, Fullmetal Alchemist, Nobuta wo Produce, and 1 Litre of Tears/Ichi Rittoru no Namida/1リットルの涙. 03/05/2012 - Hi guys. 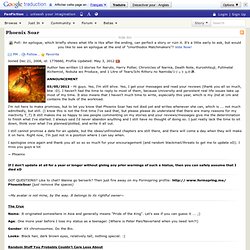 Yes, I'm still alive. Yes, I get your messages and read your reviews (thank you all so much, btw :D). I haven't had the time to reply to most of them, because University and persistent real life issues take up most of my time. It also means that I haven't much time to write, especially this year, which is my 2nd at Uni and contains the bulk of the workload. I'm not here to make promises, but to let you know that Phoenix Soar has not died yet and writes whenever she can, which is ... not much admittedly, but still. I still cannot promise a date for an update, but the ideas/unfinished chapters are still there, and there will come a day when they will make it on here. . ~ Phoenix GOT QUESTIONS? ~My avatar is not mine, by the way. The Crux Gender: XX chromosomes. "One true love"? Draco Malfoy is Blonde. Harry Potter: the Serpent Lord Chapter 3: Lessons, a harry potter fanfic. Hello, everyone! 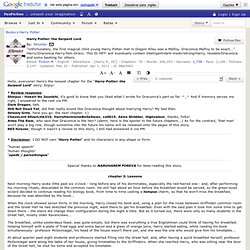 Here's the newest chapter for the "Harry Potter: the Serpent Lord" story. Mksfroogle. Author has written 10 stories for Harry Potter, and Naruto. 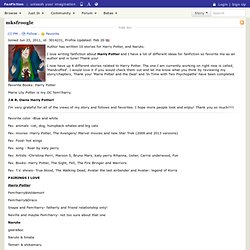 I love writing fanfiction about Harry Potter and I have a lot of different ideas for fanfiction so favorite me as an author and in tune! Thank you! I now have up 6 different stories related to Harry Potter. Children of Darkness. Author has written 11 stories for Inheritance Cycle, Twilight, X-Men: The Movie, Harry Potter, Lost Girl, Lost Boys, Merlin, Ironman, and Thor. 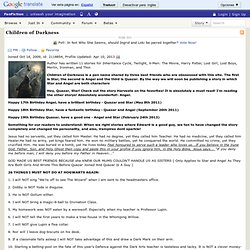 Children of Darkness is a pen name shared by three best friends who are obssessed with this site. The first is Star, the second is Angel and the third is Quazar. By the way we will soon be publishing a story in which Star and Angel are both characters. Forgiving Fate Chapter 6, a harry potter fanfic. Author's Note: Please let me know what you think. 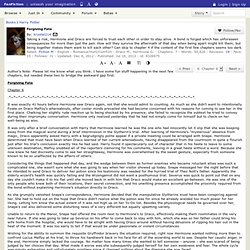 I have some fun stuff happening in the next few chapters, but needed these two to bridge the awkward gap first. Forgiving Fate Chapter 6 It was exactly 41 hours before Hermione saw Draco again, not that she would admit to counting. As much as she didn't want to intentionally fixate on Draco Malfoy's whereabouts, after cooler minds prevailed she had become concerned with his reasons for coming to see her in the first place. It was only after a brief conversation with Harry that Hermione learned he was the one who had innocently let it slip that she was keeping away from the magical world during a brief intermission in the Slytherin's trial. Considering the things that happened that day, and the wedge between them as former enemies who became reluctant allies was such a complicated one, she wasn't sure what she was going to say when her visitor showed up today. 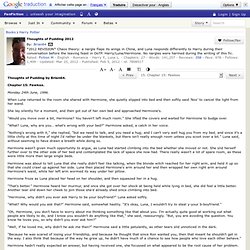 Chapter 15: Fawkes. Monday 24th June, 1996. When Luna returned to the room she shared with Hermione, she quietly slipped into bed and then softly said 'Nox' to cancel the light from her wand. She lay silently for a moment, and then got out of her own bed and approached Hermione's. "Would you move over a bit, Hermione? "What? Death's Pride Chapter 21: Boom! Goes the Dynamite!, a harry potter fanfic. Title: Death's Pride Chapter20 – Boom! 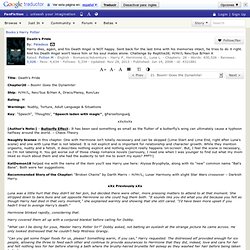