SWAMI CHETANANANDA (DzSwamijidz) is the founder and spiritual director of The Movement Center and a master of kundalini yoga. He teaches a system of self-realization rooted in the ancient tradition of Kashmir Shaivism that emphasizes transmission through shaktipat. A holder of lineages in both Hinduism and Vajrayana Buddhism, he has studied tantric practices in India, Nepal and Tibet. He has written numerous books on spiritual practice, published by Rudra Press, and he is known for making ancient traditions accessible and relevant to contemporary life. Swamiji is based in Portland, Oregon, where he is the head of a spiritual community and ashram that has practiced together for over 45 years 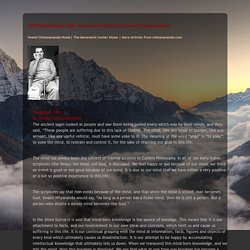