40 Active Learning Strategies for Active Students Teachingcom. Translational Research article. Yale’s most popular class goes online. Kai Nip Starting next month, people from all corners of the globe will have access to Yale’s most popular class ever, as psychology professor Laurie Santos’ “Psychology and the Good Life” makes its debut as the rebranded “The Science of Well-Being” on the online platform Coursera. 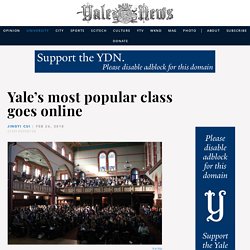 The class, which already boasts an unprecedented enrollment of 1,200 — or one out of four – undergraduates at Yale, is expected to see a drastic increase in participation as it moves online. According to Belinda Platt, an online course coordinator at the Center for Teaching and Learning at Yale, more than 11,000 users have already registered to take the “The Science of Well-being” on Coursera after the course launches in March. “Since the [‘Psychology and the Good Life’] class received coverage in the press, I’ve had lots of people email to see if there was any way they could access the course,” Santos said. The Emerging Sustainability Professional. Since the start of the 21st century, the Earth Institute has incubated a large number of sustainability education programs at Columbia University: a Master of Public Administration (MPA) in Environmental Science and Policy, a Master of Arts in Climate and Society, a PhD in Sustainable Development, an undergraduate major in Sustainable Development, an MPA in Development Practice, a Master of Science in Sustainability Management, and, most recently, a Master of Science in Sustainability Science. 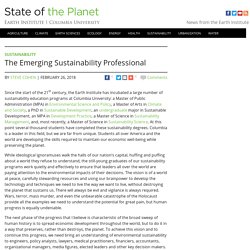 At this point several thousand students have completed these sustainability degrees. Columbia is a leader in this field, but we are far from unique. Students all over America and the world are developing the skills required to maintain our economic well-being while preserving the planet. It's Not Schools To Blame When Students Fall Short. The quest to win over Amazon, as outlined by a Harvard professor – Harvard Gazette. Social media and internet not cause of political polarisation. Researchers have finally created a tool to spot duplicated images across thousands of papers. Computer software can now quickly detect duplicate images across large swathes of the research literature, three scientists say. 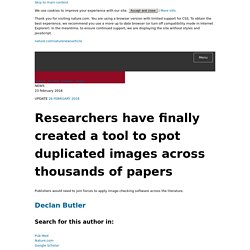 In a paper published on 22 February on the bioRxiv preprint server1 , a team led by Daniel Acuna, a machine-learning researcher at Syracuse University in New York, report using an algorithm to crunch through hundreds of thousands of biomedical papers, searching for duplicate images. 9 Months Is A Long Time To Wait For Science News : Shots - Health News. A scientist says pen refill reviews on Amazon are more informative that what the current peer review system offers on scientific work costing millions of dollars. 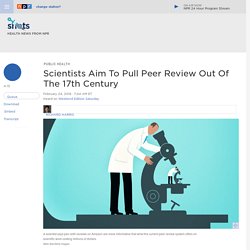 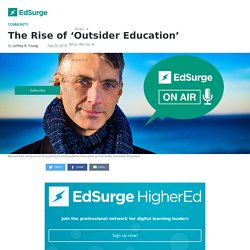 But that might be changing. These days innovation seems just as likely to come from a state school, a small liberal arts college, or even an upstart from outside the traditional system. That’s the argument made by Bernard Bull, vice provost for curriculum and academic innovation at Concordia University Wisconsin. German universities likely to benefit from Brexit. UK universities are likely to suffer because of Brexit while German universities may benefit, according to new UCL-led research. 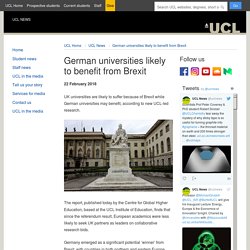 The report, published today by the Centre for Global Higher Education, based at the UCL Institute of Education, finds that since the referendum result, European academics were less likely to seek UK partners as leaders on collaborative research bids. Germany emerged as a significant potential ‘winner’ from Brexit, with countries in both northern and eastern Europe planning to reinforce their existing partnerships with German universities. There was also a reluctance from some European academics to involve UK partners in research bids at all. Dr Aline Courtois (UCL Institute of Education) said: “The report reveals a mixture of anxiety and hope. Our findings indicate that while the UK is an extremely important player in European research and higher education, it is not as central as Germany. Links Source The Centre for Global Higher Education Image. Words Used to Describe "Higher Ed" Make a Difference. Story Highlights 36% of Americans have great deal of confidence in "higher education"Significantly lower 23% have confidence in "colleges and universities"Republicans' confidence generally lower than Democrats' WASHINGTON, D.C. -- Different words used to describe higher education evoke different confidence ratings among U.S. adults. 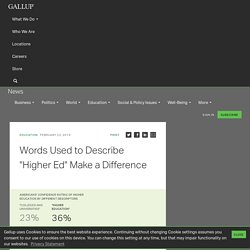 Cambridge Information Literacy Network. Business faculty weigh the promise, pitfalls of technology. For some car buyers, the wait for their purchase to arrive can feel agonizing. 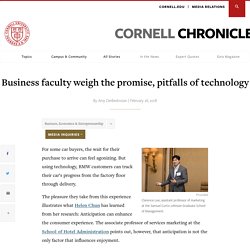 But using technology, BMW customers can track their car’s progress from the factory floor through delivery. The pleasure they take from this experience illustrates what Helen Chun has learned from her research: Anticipation can enhance the consumer experience.