Confronting Tom 6. Although Tom was trying to maintain a cool exterior .. as the words sunk in and he looked over at Pastor his expression changed from anxiety to rage. 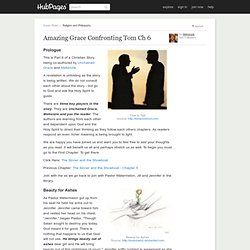 "What the Hell does salvation have to do with anything?! " Tom thought, but instead he said. "I am a Christian, you've seen all the things I've done around here. I give my money to help support the Church and you too Pastor. Why are you questioning me about my Faith? " "Well Tom," Pastor began as he took a seat and rubbed his forehead, "Your answer will help me to know how to proceed from here. Escape to Bum Park 7. Tom turned to the old man. 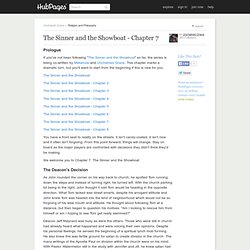 "So, what's your name? You homeless or sumthin? " Storming the Gates of Heaven 8. After the men left the Pastor's Office, Jill and Jennifer found a cozy spot in the outer office of the study. 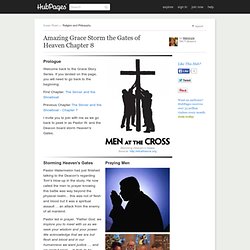 Jill studied the young girl sitting beside her and wondered how she would respond to a question she was about to pose. "Jennifer," Jill began, "I know that God used John's story to speak to your heart and I am so thankful for that. Even though I know that God used the story, I'd really like to know how he applied it to your heart. Would you mind sharing with me? " Jennifer smiled softly at Jill, gathered her thoughts and then began, "Well Jill, let me give you a little history about me. "Then, when I was in high school I became very active in the youth group here at the Church. "Today Jill, as I listened to John's story, If felt like another layer of my understanding about God was being peeled back. Jill looked at Jennifer's angelic face and thought of all the tender care she had received all of her lifetime, so unlike her own. The Cut, the Showboat and the Bum 9.

Robby "The Cut" Marshall looked straight at Tom sitting next to Donny. 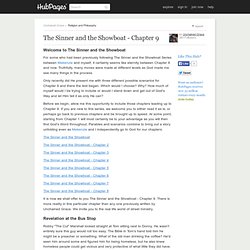 He wasn't entirely sure this guy would roll too easy. The Bible in Tom's hand told him he might be a preacher or something. What of the old man drinking the coffee? He'd seen him around some and figured him for being homeless, but he also knew homeless people could get vicious and very protective of what little they did have. The Bus Stop 11. And so, let us rejoin The Sinner and the Showboat. 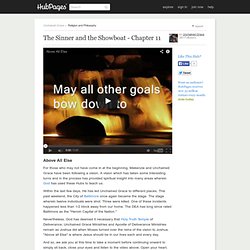 As Tom began to open his eyes, the feeling of calm had replaced the constriction in his chest he'd felt for the past few months. He'd actually questioned his doctor about it, but no tests could produce anything. Yet now, suddenly, it was gone. He felt the warm wetness of tears in his eyes. He began to raise his hands to the sky. As a youth himself, Pastor Watermelon had run with a gang deemed so vicious they literally ruled the west side of Baltimore. As he saw himself reaching 12 years of age, his foster parents tried to introduce him to church, but he felt it hard to reconcile this 'God thing' with the screaming, yelling and cussing he heard throughout his small home Monday through Saturday night. It was on one of those Sundays he just couldn't take it no more.

The number of abandoned homes in Baltimore numbered in the hundreds and one of them was his target. "What's up with you, boy? "No, sir, I don't ever wanna see them again. John the Sinner - Tom the Showboat 1. The Deliverance and the Awakening John, on the other hand, had been a drug addicted homeless person before being witnessed to by an outreach worker. 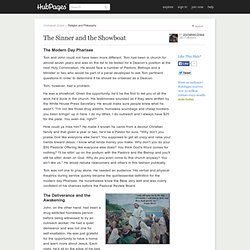 He had a quiet demeanor and was not one for self-exaltation. He was just grateful for the opportunity to have a home and learn more about Jesus. Each night, he'd sit by the edge of his bed with his one small candle for illumination and pray. Then, he'd read a few verses in the old King James Bible one of the ministers had given him. Behind that quiet demeanor was a man who also carried a razor sharp box cutter when he was on the street and a 5" straight blade tucked and taped inside his sock. A Short Sermon 2. A great scandal had just occurred right in the sanctity of the Church. 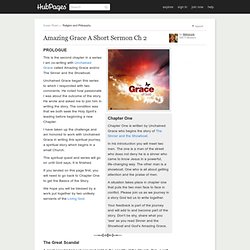 Tom, a self proclaimed righteous fellow, had followed Jennifer to the water fountain. Haunted Past 3. It had been months in Bethesda Naval Hospital before the nightmare ended. 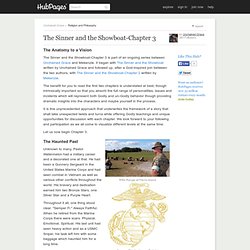 A Marine Corps Chaplain had come to see him one day shortly after lunch. John's Encounter with God 4. As Jeffrey made his way out of the room John was felt himself shaking inside. 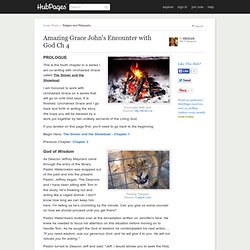 He told Pastor that he needed to take a break and walk off some of the adrenalin still thundering through his veins. Pastor Watermelon understood, all too well, the conflicting and wild emotions threatening to undo John. Return to Bum Park 5. John snapped out of his self-imposed trip down memory lane. 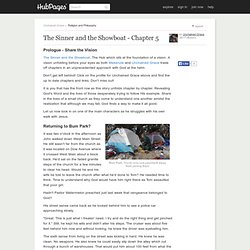