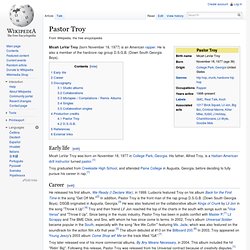 He is also a member of the hardcore rap group D.S.G.B. (Down South Georgia Boys). YoungBloodZ. Not to be confused with The Youngbloods. 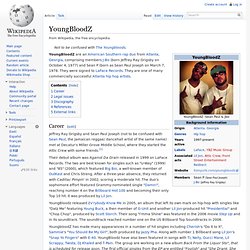 Career[edit] Jeffrey Ray Grigsby and Sean Paul Joseph (not to be confused with Sean Paul, the Jamaican reggae/ dancehall artist of the same name) met at Decatur's Miller Grove Middle School, where they started the Attic Crew with some friends.[1] Legal issues[edit] Both members were arrested on June 1, 2006 on drugs and weapons charges in Atlanta after a traffic stop involving an expired license plate. J-Bo and Sean P never had any trouble with the law before this arrest.[3] Trillville. Trillville is a rap group from Atlanta, Georgia. 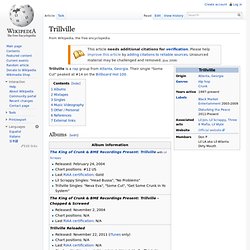 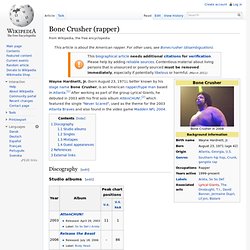 Ying Yang Twins. Career[edit] Ying Yang Twins debuted in 2000 with the single "Whistle While You Twurk", which was played on urban and pop radio stations and peaked at #17 on the US R&B/Hip-Hop chart. 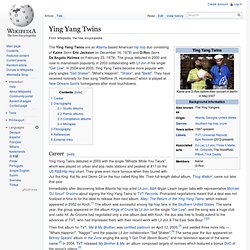 They grew even more famous when they toured with Juz tha King, Kat Nu and Demo Dil on the tour called King Me. Their full-length debut album, Thug Walkin', came out later that year. In 2005, D-Roc and his younger brothers, Mr. Weeny, and Da Birthday Boy, formed the group Da Muzicianz and released their first single, "Camera Phone".

Their song "Halftime (Stand Up and Get Crunk)" is now a standard in many NFL football stadiums, and is considered to be the unofficial anthem of the New Orleans Saints during their Super Bowl victory season, even though it has been a staple at Saints games since 2006. Waka Flocka Flame. Biography 1986–2008: Early life and career beginnings 2009–2010: Flockaveli Waka Flocka came to fame with his breakthrough single "O Let's Do It" in 2009,[6] which peaked at number 62 on the US Billboard Hot 100.[7] Waka Flocka is a member of 1017 Brick Squad with Gucci Mane, OJ Da Juiceman, Frenchie, and Wooh Da Kid.[8] On January 19, 2010, Malphurs was shot and robbed at a car wash in Atlanta. 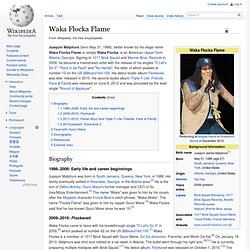 The bullet went through his right arm.[9][10] He is currently preparing multiple mixtapes with Brick Squad.[11] His debut album, Flockaveli was released on October 1, 2010.[12] The album debuted at number six on the US Billboard 200.[13] He was named the eighth hottest MC of 2010 by MTV.[14] Gucci Mane fired Debra Antney as his manager. 2011–2012: Ferrari Boyz and Triple F Life: Friends, Fans & Family. Little Richard. Richard Wayne Penniman (born December 5, 1932), known by his stage name Little Richard, is an American recording artist, songwriter, and musician. 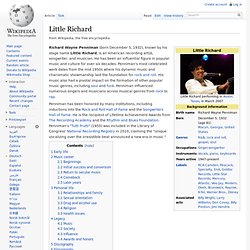 He has been an influential figure in popular music and culture for over six decades. Penniman's most celebrated work dates from the mid 1950s where his dynamic music and charismatic showmanship laid the foundation for rock and roll. His music also had a pivotal impact on the formation of other popular music genres, including soul and funk. Penniman influenced numerous singers and musicians across musical genres from rock to rap. Childish Gambino - Bonfire. Childish Gambino - Royalty (Full Mixtape Album) The Worst Guys (Feat. Chance The Rapper) - Childish Gambino. Goodie Mob. Goodie Mob is a hip-hop group based in Atlanta, Georgia that formed in 1991 and currently consists of members Cee-Lo Green, Khujo, T-Mo, and Big Gipp. 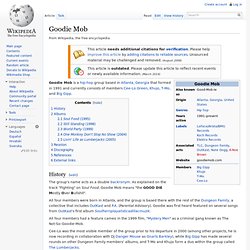 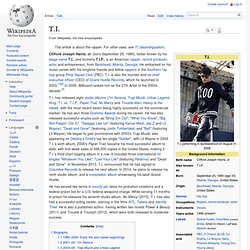 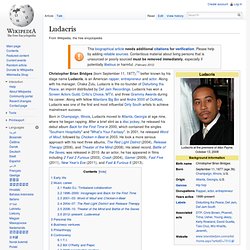 Along with his manager, Chaka Zulu, Ludacris is the co-founder of Disturbing tha Peace, an imprint distributed by Def Jam Recordings. Ludacris. The Official Outkast Site.