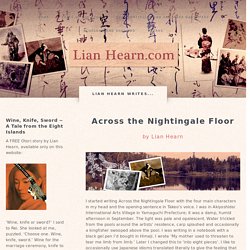 I was in Akiyoshidai International Arts Village in Yamaguchi Prefecture; it was a damp, humid afternoon in September. The light was pale and opalescent. Water trickled from the pools around the artists’ residence, carp splashed and occasionally a kingfisher swooped above the pool. I was writing in a notebook with a black gel pen I’d bought in Himeji. The Seven Ancient Wonders: A Jack West Jr Novel 1 - Pan Macmillan AU. The thrilling bestseller from Australia's favourite novelist, author of the Scarecrow series and the new Jack West Jr novel The Three Secret Cities. 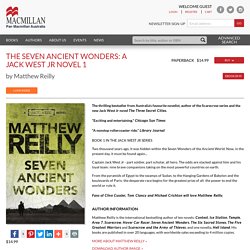 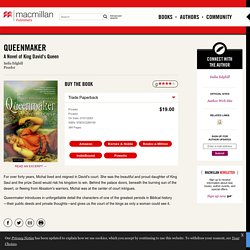 —People “Think The Red Tent, only much better.” —Rocky Mountain News (Denver) Year of Wonders by Geraldine Brooks. “YEAR OF WONDERS carries absolute conviction as an evocation of place and mood. 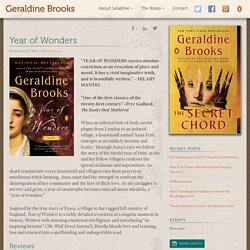 It has a vivid imaginative truth, and is beautifully written.” – HILARY MANTEL “One of the first classics of the twenty-first century.” –Frye Gaillard, The Books that Mattered When an infected bolt of cloth carries plague from London to an isolated village, a housemaid named Anna Frith emerges as an unlikely heroine and healer. Through Anna’s eyes we follow the story of the fateful year of 1666, as she and her fellow villagers confront the spread of disease and superstition.

Inspired by the true story of Eyam, a village in the rugged hill country of England, Year of Wonders is a richly detailed evocation of a singular moment in history. Reviews “The novel glitters . . . “Year of Wonders is a vividly imagined and strangely consoling tale of hope in a time of despair.” “Brooks proves a gifted storyteller as she subtly reveals how ignorance, hatred and mistrust can be as deadly as any virus. . . . Buy Links: Hannah Kent - Burial Rites - Burial Rites. In northern Iceland, 1829, Agnes Magnúsdóttir is condemned to death for her part in the brutal murder of two men. 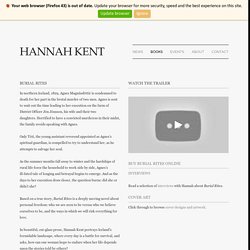 Agnes is sent to wait out the time leading to her execution on the farm of District Officer Jón Jónsson, his wife and their two daughters. Horrified to have a convicted murderess in their midst, the family avoids speaking with Agnes. Only Tóti, the young assistant reverend appointed as Agnes’s spiritual guardian, is compelled to try to understand her, as he attempts to salvage her soul. As the summer months fall away to winter and the hardships of rural life force the household to work side by side, Agnes’s ill-fated tale of longing and betrayal begins to emerge.

And as the days to her execution draw closer, the question burns: did she or didn’t she? Based on a true story, Burial Rites is a deeply moving novel about personal freedom: who we are seen to be versus who we believe ourselves to be, and the ways in which we will risk everything for love. The Great Fire by by Shirley Hazzard: Summary and reviews. BookBrowse Review BookBrowse A book that rewards the slow and thoughtful reader as the somewhat ephemeral writing style needs to be absorbed, and the nuances considered, before turning each and every page. 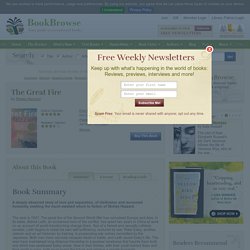 Media Reviews The Washington Post - Howard Norman Shirley Hazzard's stunning new novel, The Great Fire, is set largely in Asia in 1947-48, but the ravages of war are very much at its heart … Shirley Hazzard has gifted us, in The Great Fire, a novel of indispensable happiness and sorrow. I loved this novel beyond dreams. The New York Times - John Banville Although it is set in the still smoldering aftermath of war, The Great Fire is an altogether softer thing than its predecessor.

Publishers Weekly This is a quiet book, but one that carries portents well beyond its time and place, suggesting the disquieting state of our current world. Booklist - Brad Hooper Kirkus Reviews Library Journal - Barbara Hoffert Joan Didion Michael Cunningham Ann Patchett Reader Reviews Liz Write your own review! Matched by Ally Condie. On her seventeenth birthday, Cassia meets her Match. 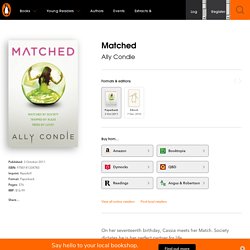 In Cassia's society, Officials decide who people love. How many children they have. Weapon - Pantera Press.