I Am Sasha by Anita Selzer. Haywire by Claire Saxby. Code Name Verity by Elizabeth Wein. The Boy and the Spy by Felice Arena. How I Live Now by Meg Rosoff. How I Live Now is an original and poignant book by Meg Rosoff, now a film tie-in edition to celebrate the release of the major film starring Saoirse Ronan. 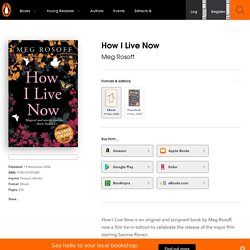 How I Live Now is the powerful and engaging story of Daisy, the precocious New Yorker and her English cousin Edmond, torn apart as war breaks out in London, from the multi award-winning Meg Rosoff. How I Live Now has been adapted for the big screen by Kevin Macdonald. Fifteen-year-old Daisy thinks she knows all about love. Her mother died giving birth to her, and now her dad has sent her away for the summer, to live in the English countryside with cousins she's never even met. There she'll discover what real love is: something violent, mysterious and wonderful. How will Daisy live then? 'Fresh, honest, rude, funny. 'Assured, powerful, engaging . . . you will want to read everything that Rosoff is capable of writing' - Observer.

Tomorrow, When the War Began - Pan Macmillan AU. Ford St Publishing. The Tattooist of Auschwitz - YA Edition - Heather Morris - 9781760686031. The young adult edition of the incredible international number one bestseller. 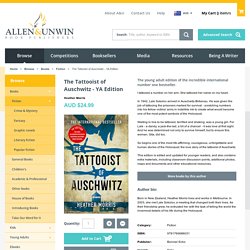 I tattooed a number on her arm. She tattooed her name on my heart. In 1942, Lale Sokolov arrived in Auschwitz-Birkenau. He was given the job of tattooing the prisoners marked for survival - scratching numbers into his fellow victims' arms in indelible ink to create what would become one of the most potent symbols of the Holocaust.

Waiting in line to be tattooed, terrified and shaking, was a young girl. War Horse (War Horse, #1) by Michael Morpurgo. Flamingo Boy :HarperCollins Australia. About the Book A stunning new classic from master storyteller Michael Morpurgo for readers of 9+, in the vein of PRIVATE PEACEFUL and THE BUTTERFLY LION This is a landmark new novel from the nation's favourite storyteller, set in the unique landscape of the Camargue in the South of France during WW2. 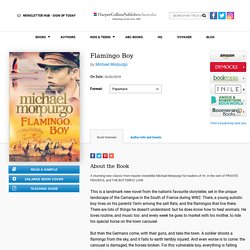 There, a young autistic boy lives on his parents' farm among the salt flats, and the flamingos that live there. There are lots of things he doesn't understand: but he does know how to heal animals. He loves routine, and music too: and every week he goes to market with his mother, to ride his special horse on the town carousel. An Elephant in the Garden by Michael Morpurgo. A Rose for the Anzac Boys. Awards - 2009 Honour Book, Children's Book Council of Australia - 2009 Shortlisted for ABIA Awards A Rose for the Anzac Boys The 'War to end all Wars', as seen through the eyes of three young women. 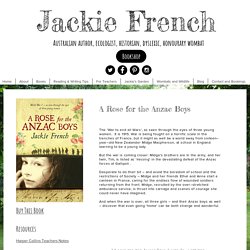 It is 1915. Wolf Children: Paul Dowswell: Bloomsbury Children's Books. “Thrilling new post-WW2 YA novel – best since Serrallier's The Silver Sword” – Amanda Craig “Crime, grime and fear are all-encompassing – a book that will stay with you” – Jewish Chronicle “He is a brilliant historical novelist. 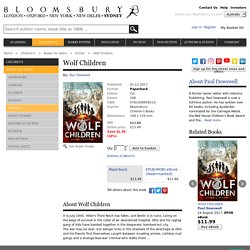 Dowswell shows us a side of Nazi Germany rarely seen ... a heart-stopping read” – Sunday Telegraph, praise for AUSLÄNDER “A superlative, at times almost agonisingly compelling, piece of historical fiction ... The climactic escape to freedom is pure muck-sweat tension” – Financial Times, praise for AUSLÄNDER “I love Paul Dowswell for illuminating the corners of history with very personal stories … this story is the result of extensive and detailed research” – Bookbag “The author has real flair for making thoroughly researched historical fiction accessible, relevant and utterly gripping. When the Hipchicks Went to War by Pamela Rushby. When Kathy went to Vietnam in the 1960s, she packed a platinum blonde wig, a red satin fringed bikini and a pair of knee-high boots. 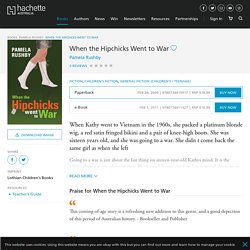 She was sixteen years old, and she was going to a war. She didn t come back the same girl as when she left Going to a war is just about the last thing on sixteen-year-old Kathys mind. It is the 1960s, there are miniskirts to wear, Beatles and Stones music to listen to and discos to go to. There is the Vietnam War, of course, but that is way in the background. While training as a hairdresser in Brisbane, Kathy gets a part-time job as a go-go dancer in a city disco. The Midnight Zoo by Sonya Hartnett. Sonya Hartnett's work has won numerous Australian and international literary prizes and has been published around the world. 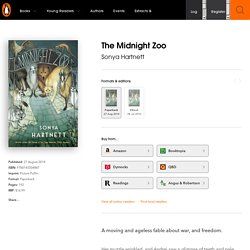 Uniquely, she is acclaimed for her stories for adults, young adults and children. THE BLUE CAT — Ursula Dubosarsky. The Blue Cat "I only know the cat is blue... 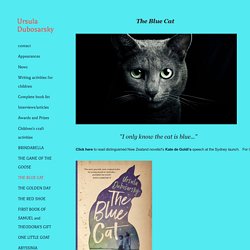 " Click here to read distinguished New Zealand novelist's Kate de Goldi's speech at the Sydney launch. For teachers's notes for the novel, click here. And click here for recent reviews and here and here for blog interviews. Also here and here for guest blog posts written by Ursula. The Russian Blue is sometimes described as the "Doberman Pinscher" of cats. Sydney during World War II. Hitler's Daughter :HarperCollins Australia. About the Book Winner of the CBCA Book of the Year for Young Readers Did Hitler's daughter, Heidi, really exist? 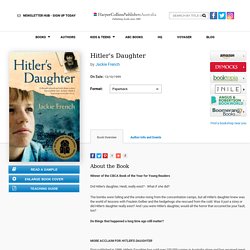