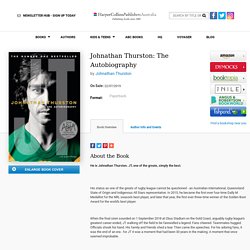 Showboat: The Life of Kobe Bryant by Roland Lazenby. The definitive biography of global superstar and basketball icon Kobe Bryant Shortlisted for the 2017 Cross Sports Book Awards Best Biography of the Year Bryant is one of basketball's greatest-ever players, a fascinating and complicated character who says he knew when he was a boy that he would be better than Michael Jordan. 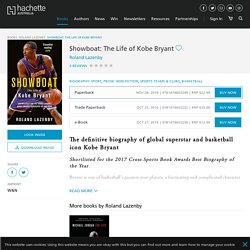 Aloof and uncompromising, Bryant is the grand enigma of American professional basketball, easily the most driven player in the history of the sport, the absolute master of study and preparation. But his career has also been one of almost constant conflict: with his teammate Shaquille O'Neal; with Phil Jackson, coach of the championship-winning Lakers team that Kobe led; with the law; with his wife Vanessa; and with so many of his contemporaries, opponents and teammates. 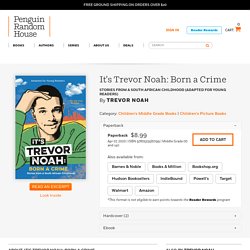 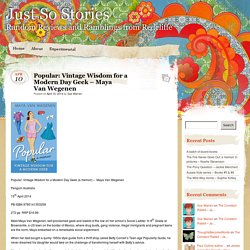 Look Me in the Eye by John Elder Robison - Teacher's Guide: 9780307396181 - PenguinRandomHouse.com: Books. Unlikely Warrior. Review: Diary of A Tokyo Teen - The Real Japan. Helpfully and explicitly subtitled “A Japanese-American girl travels to the land of Trendy Fashion, High-Tech Toilets and Maid Cafes“, Diary of A Tokyo Teen by Christine Mari Inzer is a vivid personal record and a charming introduction not just to Tokyo but to Japan as a country and Japanese culture generally. 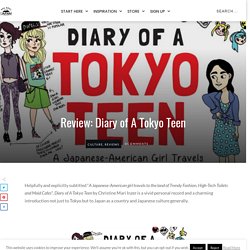 Buy on Amazon.com: Diary of a Tokyo Teen Christine Mari Inzer was born in Tokyo in 1997 to a Japanese mother and an American father. She spent her first years in Japan before relocating with her family to the USA in 2003. The summer before she turned sixteen, Christine travelled solo from America to Tokyo, to get reaquainted with her birthplace, staying with her grandparents just outside Tokyo in a small city called Kashiwa. Unbroken (The Young Adult Adaptation) by Laura Hillenbrand: 9780385742528. In this captivating and lavishly illustrated young adult edition of her award-winning #1 New York Times bestseller, Laura Hillenbrand tells the story of a former Olympian’s courage, cunning, and fortitude following his plane crash in enemy territory. 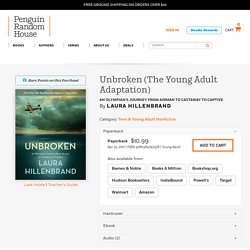 This adaptation of Unbroken introduces a new generation to one of history’s most thrilling survival epics. On a May afternoon in 1943, an American military plane crashed into the Pacific Ocean and disappeared, leaving only a spray of debris and a slick of oil, gasoline, and blood. Then, on the ocean surface, a face appeared. It was that of a young lieutenant, the plane’s bombardier, who was struggling to a life raft and pulling himself aboard.

So began one of the most extraordinary sagas of the Second World War. Praise for Unbroken“This adaptation of Hillenbrand’s adult bestseller is highly dramatic and exciting, as well as painful to read as it lays bare man’s hellish inhumanity to man.” Invisible Girl - Regan Arts. What is it like to be a teen with depressed addicts for parents, a mentally ill sister, and a grandfather who killed himself? 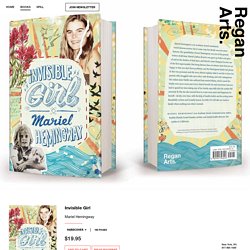 In this moving, compelling diary, Mariel Hemingway writes as her teen self to share her pain, heartache, and coping strategies with young readers. “I open my eyes. The room is dark. I Am Sasha by Anita Selzer. The Missing: The True Story of My Family in World War II by Michael Rosen: 9781536212891. Hana's Suitcase Anniversary Edition - Karen Levine - 9781743317679. When Hana's suitcase arrives from Germany at the small Holocaust education centre in Japan, all the children who visit want to know about Hana. 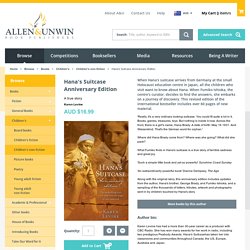 When Fumiko Ishioka, the centre's curator, decides to find the answers, she embarks on a journey of discovery. This revised edition of the international bestseller includes over 60 pages of new material. 'Really, it's a very ordinary looking suitcase. You could fit quite a lot in it. Books, games, treasures, toys. Where did Hana Brady come from? Hiding Edith - Kathy Kacer - 9781742375298. The remarkable true story of Edith Schwalb, kept safe due to the courage of an entire village in France during the Nazi invasion in WWII. 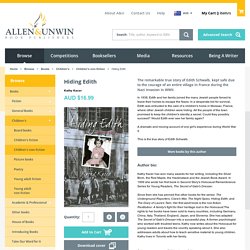 In 1938, Edith and her family joined the many Jewish people forced to leave their homes to escape the Nazis. In a desperate bid for survival, Edith was entrusted to the care of a children's home in Moissac, France, where other Jewish children were hiding. All the people of the town promised to keep the children's identity a secret. Could they possibly succeed? Would Edith ever see her family again? A dramatic and moving account of one girl's experience during World War II. This is the true story of Edith Schwalb. Author bio: Hidden Figures Young Readers' Edition - Margot Lee Shetterly. The uplifting, amazing true story—a New York Times bestseller This edition of Margot Lee Shetterly’s acclaimed book is perfect for young readers. 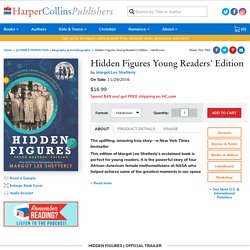 It is the powerful story of four African-American female mathematicians at NASA who helped achieve some of the greatest moments in our space program. Now a major motion picture starring Taraji P. Henson, Octavia Spencer, Janelle Monae, Kirsten Dunst, and Kevin Costner. This middle grade book is an excellent choice for tween readers in grades 5 to 6, especially during homeschooling. Ugly (younger readers): The bestselling Australian story, now published internationally by Robert Hoge. A Street Cat Named Bob: How one man and his cat found hope on the streets by James Bowen. The moving, uplifting true story of an unlikely friendship between a man on the streets and the ginger cat who adopts him and helps him heal his life. Now a major motion picture. The phenomenal Number One bestseller about best friends James and Bob. When James Bowen found an injured, ginger street cat curled up in the hallway of his sheltered accommodation, he had no idea just how much his life was about to change.

James was living hand to mouth on the streets of London and the last thing he needed was a pet. Yet James couldn't resist helping the strikingly intelligent tom cat, whom he quickly christened Bob.