Bail Money From the Rich Funds Leftist Protests. Portland Mayor Ted Wheeler has gotten tough when it comes to dealing with what has become a semi-permanent class of protesters in his city. 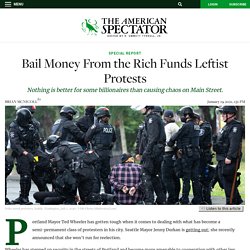 Seattle Mayor Jenny Durkan is getting out; she recently announced that she won’t run for reelection. The American Spectator. There have been a few presidential impeachments. 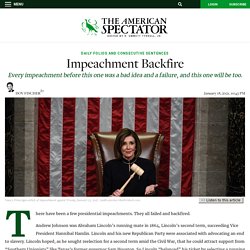 They all failed and backfired. Andrew Johnson was Abraham Lincoln’s running mate in 1864, Lincoln’s second term, succeeding Vice President Hannibal Hamlin. Lincoln and his new Republican Party were associated with advocating an end to slavery. Statistical Analysis of Pennsylvania Voting Data Shows Troubling Patterns. How did Biden, the “science” and “decency” candidate, prevail in Pennsylvania’s reported vote count over Trump, a president beloved by many despite his sometimes harsh rhetoric and his foibles? 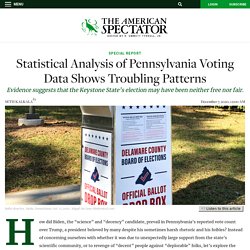 Instead of concerning ourselves with whether it was due to unexpectedly large support from the state’s scientific community, or to revenge of “decent” people against “deplorable” folks, let’s explore the data using basic mathematics and statistics. Our trek through the numerical data will offer a bird’s-eye view of an unusual landscape, so please join in. For example, we will see that gains in votes for Biden (relative to Hillary Clinton’s 2016 performance) exhibit unusual spikes in counties with a high concentration of vacation homes.

Biden’s vote gains appear mysteriously large in light of the Democratic Party’s relatively poor performance in increasing its registered voter roll. The America I Love Does Not Pepper-Spray Jews. Here’s How Americans Voted On Two Major Abortion Initiatives. A Colorado proposition gave voters the option to “ban late-term abortions” in the state. 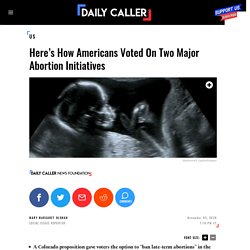 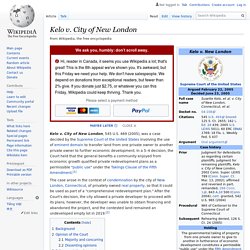 The fallacy of white privilege — and how it's corroding society. Last month, I retweeted a comment by a contrarian writer who questioned whether racism was to blame for the spread of the coronavirus, and a close (white) friend responded to me with a well-meaning text: “I feel it is my calling to help end the oppression people of color like you face in our society,” he wrote. 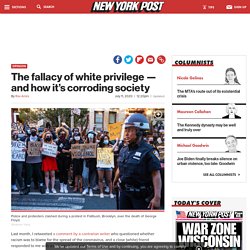 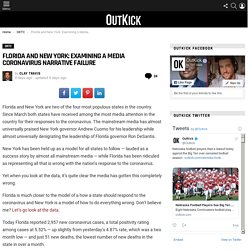 Since March both states have received among the most media attention in the country for their responses to the coronavirus. Examining Schumer and Pelosi's Communist Ties. On Tuesday night, Senate Majority Leader Chuck Schumer (D-NY) and House Speaker Nancy Pelosi (D-CA) delivered a response to President Trump’s national address on immigration and the need for a wall. 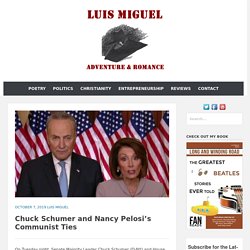 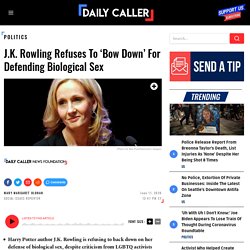 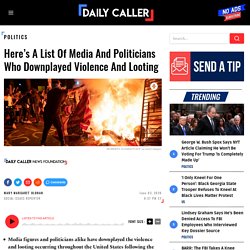 Rioters have set cars ablaze and looted and pillaged businesses in cities across the nation. New York Times writer Nikole Hannah-Jones and MSNBC host Chris Hayes are among those who have downplayed the rioting occurring throughout the country. Media figures and politicians alike have downplayed the violence and looting occurring throughout the United States following the death of George Floyd. Activists have set cars ablaze, looted and pillaged businesses, and protested against police in cities across the nation over the death of Floyd, a black man who died after a police officer knelt on his neck for several minutes. The police officer, Derek Chauvin, has been fired and charged with murder and manslaughter. Slate Magazine Non-violence is an important tool for protests, but so is violence New York Times Writer Nikole Hannah-Jones. Here’s A List Of Media And Politicians Who Downplayed Violence And Looting. Amazon and other large ecosystems at risk of rapid collapse: study.

LONDON (Reuters) - Large ecosystems such as the Amazon rainforest and coral reefs could collapse faster than scientists had previously assumed, according to a study published on Tuesday. Researchers crunched data on changes in dozens of ecosystems to conclude that Caribbean coral reefs could collapse in 15 years while the Amazon rainforest could die back within 50 years - although that finding was questioned by some experts. "The messages here are stark. We need to prepare for changes in our planet's ecosystems that are faster than we previously envisaged," said John Dearing, professor in physical geography at the University of Southampton, who led the study here which was published in the journal Nature Communications. While larger ecosystems take longer to collapse - due to their sheer size - the rate at which they can degrade and then disappear can happen significantly faster than in smaller systems, the study found. Mandatory Composting in New York? It Could Happen.

Millions of New Yorkers may soon need to separate scraps of fruit, vegetables and meat into separate garbage receptacles every time they cook and do dishes — learning another new habit just as they did with plastics recycling in the 1980s and are now doing under a recent ban on plastic shopping bags.

The City Council speaker is calling for organic waste recycling, also known as composting, to be available — and eventually mandatory — for all New York City residents, in an effort to reduce exports to landfills and emissions of planet-warming gases. The proposal, announced on Thursday by the speaker, Corey Johnson, comes on the heels of sharp criticism of the city’s recycling program.

New York recycles less than 20 percent of the 3.1 million tons of garbage that its residents produce each year, a number well below other major cities. Unclassified09.