52 Myths and Misconceptions. A little ass music: Hieronymus Bosch’s 500-year-old butt song from hell. Another mark in the “why the Internet rules” column: an Oklahoma college student named Amelia has transcribed the music written on the ass of a figure from the “Hell” panel of Hieronymus Bosch ’s famous triptych painting The Garden of Earthly Delights. 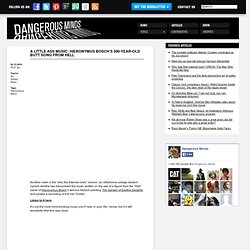 This Is Why You're Late All The Time (And What To Do About It) Last week, HuffPost blogger Greg Savage asked the question, "How Did It Get to be OK for People to Be Late for Everything? 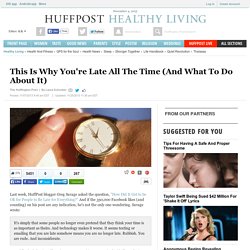 " And if the 350,000 Facebook likes (and counting) on his post are any indication, he's not the only one wondering. Savage wrote: It's simply that some people no longer even pretend that they think your time is as important as theirs. And technology makes it worse. It seems texting or emailing that you are late somehow means you are no longer late. No, you are not ‘running late’, you are rude and selfish. Man, do we HOPE we’re timely in passing this content onto to you. 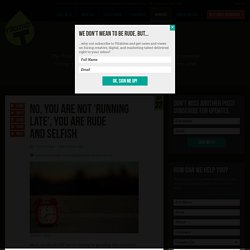 Greg Savage, founder of Firebrand (an Aquent brand down under) posted this no-holds-barred post about the importance of showing up on time. We thought it was too good not to share. Greg, we should mention, has founded four incredibly successful staffing businesses and is a highly-sought after international keynote speaker. New Clock May End Time As We Know It. Strontium atoms floating in the center of this photo are the heart of the world's most precise clock. 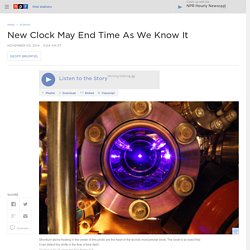 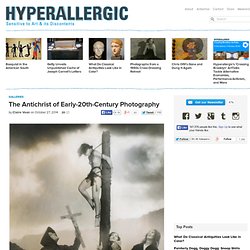 The Medium Is the Message, 50 Years Later. He had a thing for clip-on neckties. 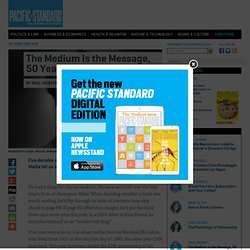 He once said LSD was the lazy man’s form of Finnegans Wake. When deciding whether a book was worth reading, he’d flip through its table of contents then skip ahead to page 69. If page 69 offered no insight, he’d put the book down and move onto the next. Feast Your Eyes on This Beautiful Linguistic Family Tree. 2873 260ShareNew When linguists talk about the historical relationship between languages, they use a tree metaphor. 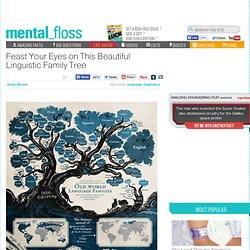 An ancient source (say, Indo-European) has various branches (e.g., Romance, Germanic), which themselves have branches (West Germanic, North Germanic), which feed into specific languages (Swedish, Danish, Norwegian). Lessons on language families are often illustrated with a simple tree diagram that has all the information but lacks imagination. These Guys Want to Hack Your Home. And You Should Let Them. Web applications don’t have physical properties, so it can be hard to know what you can use them for. 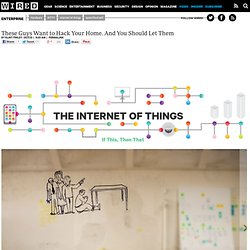 But by making it clear what different apps can do and how they can be stitched together, IFTTT makes it possible to use web applications in ways the original developers didn’t intend. IFTTT — and alternatives like the open source alternative Hugin or the business-oriented service Zapier — have become a standard part of the Quantified Self toolkit, letting users automate and analyze their lives.

This sort of thing is creeping into businesses, too. For example, the Portland, Oregon based mobile design and development firm Citizen has been building a system to analyze the effects of everything from lighting to exercise on employee productivity. Intelligence in the Human-Machine, Duet for Cello and Brainwaves. Listen To A Concert Cellist Play A Duet With Her Brain. 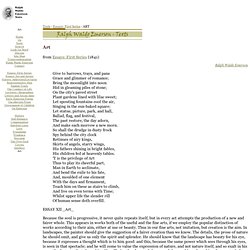 Goodbye to MBTI, the Fad That Won't Die  My name is Adam Grant, and I am an INTJ. 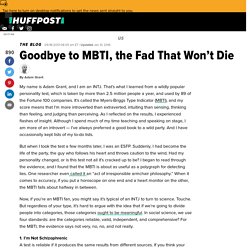 That’s what I learned from a wildly popular personality test, which is taken by more than 2.5 million people a year, and used by 89 of the Fortune 100 companies. It’s called the Myers-Briggs Type Indicator (MBTI), and my score means that I’m more introverted than extraverted, intuiting than sensing, thinking than feeling, and judging than perceiving. As I reflected on the results, I experienced flashes of insight. The Strange Tale of the North Pond Hermit. A Legendary Dinner With Keats, Wordsworth, And Lamb (EXCERPT) If you could invite five people, living or dead, to a dinner party, who would you pick? It's a parlor game we've all probably played, and the answers usually throw together some highly unlikely dining companions -- Jesus and Eminem, Shakespeare and Hillary Clinton.

A few times in history, however, there have been actual dinner parties that almost could be an answer to this question. For example, on December 28, 1817, the artist Benjamin Robert Haydon held a dinner attended by not only the writer Charles Lamb, but both John Keats and William Wordsworth -- a gathering many poetry buffs would give up an appendage to have attended.