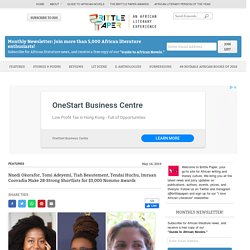 The shortlists for the 2019 Nommo Awards for Speculative Fiction by Africans have been announced. This comes weeks after the longlists were released. The $3,000 Nommo Awards, founded in 2016 by the African Speculative Fiction Society (ASFS), recognise the finest fantasy or science fiction works by Africans published in the preceding year. The ASFS is a body of African writers, editors, publishers and graphic artists who nominate shortlisted works and vote for the winners. The awards are given in four categories: the US$1000 Best Novel named after the awards benefactor Tom Ilube, the US$500 Best Novella, the US$500 Best Short Story, and the US$1000 Best Comic or Graphic Novel. On Writing the Comics—and Queer Characters—We Need. We asked Hugo Award-winning authors Neil Gaiman and N.K. 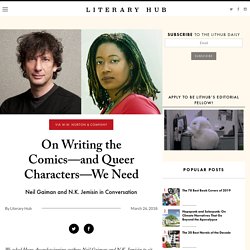 Jemisin to sit down and talk about books, writing, comics and whatever else came to mind. What followed was a wide-ranging discussion of cultural representation in comics, rereading your own work (or listening to it, as the case may be with audiobooks), and fighting for accurate television adaptations. The conversation begins with Gaiman’s series The Sandman, which was first published by DC Comics in 1989 and ran for 75 issues. N.K. Jemisin: I have been a giant fan of Sandman. The Sandman: A Game of You. 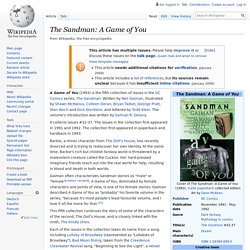 The issues in the collection first appeared in 1991 and 1992. The collection first appeared in paperback and hardback in 1993. Barbie, a minor character from The Doll's House, has recently divorced and is trying to rediscover her own identity. At the same time, Barbie's rich but childish fantasy world is threatened by a malevolent creature called the Cuckoo. Her hard-pressed imaginary friends reach out into the real world for help, resulting in blood and death in both worlds. Gaiman often characterizes Sandman stories as "male" or "female"[citation needed]; A Game of You, dominated by female characters and points of view, is one of his female stories. This fifth collection continues the story of some of the characters of the second, The Doll's House, and is closely linked with the ninth, The Kindly Ones. It is preceded by Season of Mists and followed by Fables & Reflections. Plot[edit] Cover art[edit] Issues collected[edit] References[edit] External links[edit]

The future of sci-fi never looked so bright. There were many reasons to feel bemused by the novelist Colm Tóibín’s recent dismissal of all genre writing as “blank, nothing”: its joylessness; the narrowness of Tóibín’s purview; the absence of critical and intellectual rigour in his central thesis; and, perhaps most of all, the peculiar sense of anger underpinning the assertion. 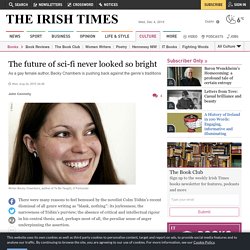 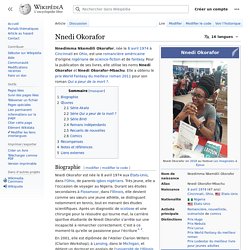 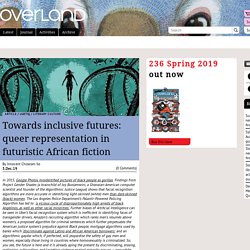 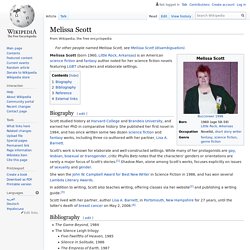 Biography[edit] Scott studied history at Harvard College and Brandeis University, and earned her PhD in comparative history. She published her first novel in 1984, and has since written some two dozen science fiction and fantasy works, including three co-authored with her partner, Lisa A. Barnett. Scott's work is known for elaborate and well-constructed settings. She won the John W.