Maltese Catacomb Complexes – Rabat, Malta. From the 3rd to the 6th centuries CE, the Roman city of Melite developed a complex system of burial grounds on its outskirts under the modern town of Rabat, a village outside of Mdina, the medieval capital of Malta. 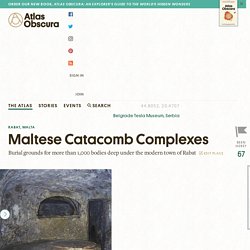 Roman law prohibited burials within the city, which derives its name from the Arabic word for suburb. Known today as the St. Paul and St. Agata catacombs, the burial grounds form an important part of Malta’s early Christian history. The catacombs include tombs for more than 1,000 bodies in 2,200 square meters. Saint Paul in Malta « The Shipwreck Malta. As our intention is that of retracing the footsteps of St. 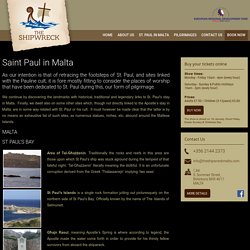 Paul, and sites linked with the Pauline cult, it is fore mostly fitting to consider the places of worship that have been dedicated to St. Paul during this, our form of pilgrimage. We continue by discovering the landmarks with historical, traditional and legendary links to St. Paul’s stay in Malta. Finally, we dwell also on some other sites which, though not directly linked to the Apostle’s stay in Malta, are in some way related with St. World War II - Second World War Facts. Along with the Great Siege of 1565, the most documented period of Malta's history is the Second World War. 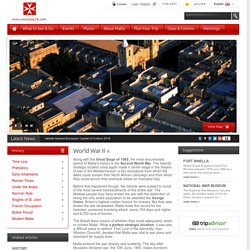 The Islands' strategic location once again made it centre stage in the theatre of war in the Mediterranean: a key stronghold from which the Allies could sustain their North African campaign and from which they could launch their eventual attack on mainland Italy. Before that happened though, the Islands were subject to some of the most severe bombardments of the entire war. The Great Siege of 1565 in Malta - Knights of St John. If it had not taken place, the Great Siege would no doubt have been dreamt up for the screenplay of an epic film. 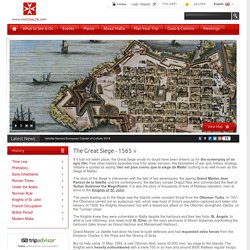 Few other historic episodes rival it for sheer heroism, the bloodshed of war and military strategy. Voltaire is quoted as saying 'rien est plus connu que la siege de Malte' (nothing is so well known as the Siege of Malta). The Prehistoric Archaeology of the Temples of Malta. The oldest buildings in Europe are found in Malta - older than the Pyramids of Egypt. 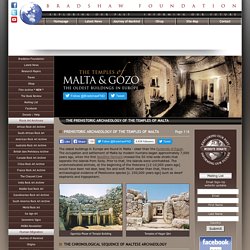 The occupation and settlement of Malta by modern humans began approximately 7,000 years ago, when the first Neolithic Farmers crossed the 50 mile-wide straits that separate the islands from Sicily. Prior to that, the islands were uninhabited. The undomesticated animals, at the beginning of the Holocene [12-10,000 years ago] would have been red deer, bear, fox and wolf. Megalithic Temples of Malta. Megalithic Temples of Malta Seven megalithic temples are found on the islands of Malta and Gozo, each the result of an individual development. 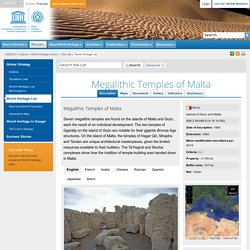 The two temples of Ggantija on the island of Gozo are notable for their gigantic Bronze Age structures. On the island of Malta, the temples of Hagar Qin, Mnajdra and Tarxien are unique architectural masterpieces, given the limited resources available to their builders. The Ta'Hagrat and Skorba complexes show how the tradition of temple-building was handed down in Malta. Temples mégalithiques de Malte. Malta Transfer - The Official Airport Shuttle Service. History of Malta - About Malta. The history of Malta is a long and colourful one dating back to the dawn of civilisation. 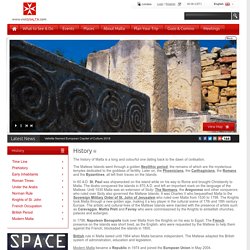 The Maltese Islands went through a golden Neolithic period, the remains of which are the mysterious temples dedicated to the goddess of fertility. Later on, the Phoenicians, the Carthaginians, the Romans and the Byzantines, all left their traces on the Islands. In 60 A.D. MALTA DOOM METAL FESTIVAL 2016 - Visitmalta - The official tourism website for Malta, Gozo and Comino. Malta Doom Metal Festival. Heritage Malta.