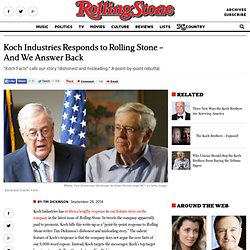 Survival Life Hacks sur Twitter : "... Meet the game that shows us the future of storytelling — The Message. This tab is for people who don’t play video games. 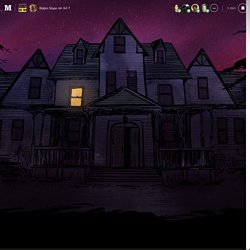 People who watch movies and sophisticated TV dramas instead. People who read fiction. Hi. You don’t play video games, but I’m going to try to convince you to play one particular game in one particular way. This game—it’s a humble production, made by a team of four in Portland, with none of the face-melting visuals of the big-budget games you see advertised on TV. BLACKGUARDS: Tales of Assassins, Mercenaries, and Rogues - BackerKit. Zaibatsu : The Mystery of Extraordinarily ... The *Nurture Your BOOKS*™ Daily. Polonsky Foundation Digitization Project. Is "Marvel's Agents of SHIELD" About to Drop a Terrigen Bomb? 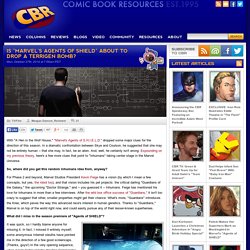 " dropped some major clues for the direction of this season. In a dramatic confrontation between Skye and Coulson, he suggested that she may not be entirely human -- that she may, in fact, be an alien. And, well, he certainly isn't wrong. Expounding on my previous theory, here's a few more clues that point to "Inhumans" taking center stage in the Marvel Universe. So, where did you get this random Inhumans idea from, anyway? Top 10 Most Famous Swords of the Middle Ages. – October 26, 2014Posted in: Features See more Top 10′s: Top 10 Strangest Deaths in the Middle Ages Top 10 Medieval Castles in France Ten Beautiful Medieval Maps. 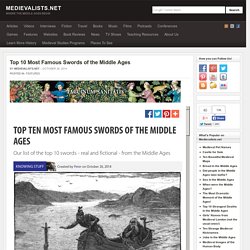 MusingSES. Pack for Mac: Our List of the Best Free Mac Apps. Finding excellent free software for your Mac is increasingly tough. 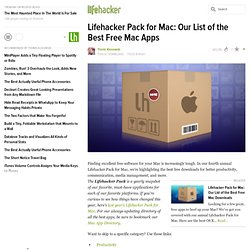 Want to skip to a specific category? Productivity Quicksilver Simply put, Quicksilver makes everything you do on your Mac easier. Download Page Notational Velocity What makes Notational Velocity great is that it has the exact amount of features needed in a note taking app with no fluff. Download Page. Skip the Research and Let Sortable.com Find the Product That's Right for You. The Spark of Genius Series highlights a unique feature of startups and is made possible by Microsoft BizSpark .

If you would like to have your startup considered for inclusion, please see the details here . Name: Sortable Quick Pitch: Sortable is a search engine that finds the right product or service for you based on your personal criteria. Genius Idea: Lets users skip the research and easily find what they are looking for all on one site without having to search Google. Social Media News and Web Tips – Mashable – The Social Media Guide. How to Get Old Facebook Back. Lawmakers to Homeland Security: Social Media Monitoring is a Threat. 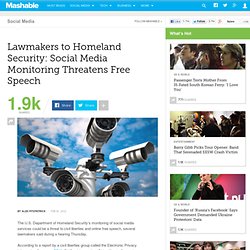 Department of Homeland Security's monitoring of social media services could be a threat to civil liberties and online free speech, several lawmakers said during a hearing Thursday. According to a report by a civil liberties group called the Electronic Privacy Information Center, or EPIC, DHS paid more than $11 million to General Dynamics for a system to keep an eye on Facebook and Twitter public posts, as well as comment threads on major news websites. EPIC's report found that the system watches public social media posts for comments that "adversely reflect" on the government, and for responses to proposed government plans. iTools - use the best tools. Hulu Plus Now on Wii and Coming to Nintendo 3DS Later This Year. Hulu Plus became available as an option for the Wii on Thursday, making the service available on all three major gaming console platforms. 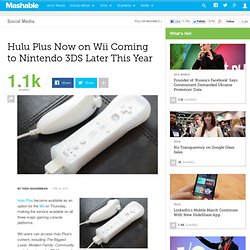 Wii users can access Hulu Plus's content, including The Biggest Loser, Modern Family, Community and other shows for $7.99 a month. Sometime before the end of the year, Hulu Plus will also be available for Nintendo 3DS users. Wii users interested in accessing Hulu Plus can find the company's free app in the Wii Shop Channel. Users can then access content via the Wii Remote controller. A plan to migrate Hulu Plus to Wii had apparently been in the works since last October. Hulu introduced Hulu Plus in June 2010 with PlayStation 3 integration, though the app was also available on other platforms including the iPad and iPhone. The multiple interfaces have helped Hulu spread the paid service: Last September, Hulu Plus broke 1 million subscribers. Image courtesy of iStockphoto, MRobMattingley.