I Hate "THE GOVERNMENT" and All Of The ASSHOLES Who Run It. I'm BIG Into Conspiracy Theories And The WHOLE Truth And Nothing But The Truth, It May Sting A Bit But The Pain Goes Away After A While And Hopefully Your A Better Person For it. 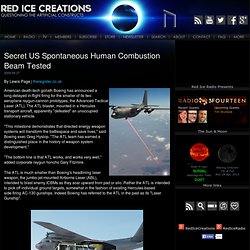 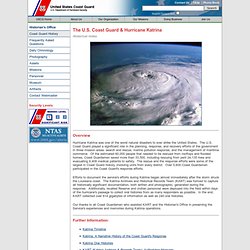 The U.S. Coast Guard played a significant role in the planning, response, and recovery efforts of the government in three mission areas: search and rescue, marine pollution response, and the management of maritime commerce. Of the estimated 60,000 people that needed to be rescued from rooftops and flooded homes, Coast Guardsmen saved more than 33,500, including rescuing from peril 24,135 lives and evacuating 9,409 medical patients to safety. Efforts to document the service's efforts during Katrina began almost immediately after the storm struck the Louisiana coast. Our thanks to all Coast Guardsmen who assisted KART and the Historian's Office in preserving the Service's experiences and memories during Katrina operations. 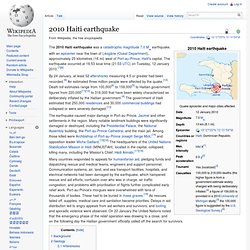 The earthquake occurred at 16:53 local time (21:53 UTC) on Tuesday, 12 January 2010.[7][8] By 24 January, at least 52 aftershocks measuring 4.5 or greater had been recorded.[9] An estimated three million people were affected by the quake.[10] Death toll estimates range from 100,000[6] to 159,000[5] to Haitian government figures from 220,000[11][12] to 316,000 that have been widely characterized as deliberately inflated by the Haitian government.[4] The government of Haiti estimated that 250,000 residences and 30,000 commercial buildings had collapsed or were severely damaged.[13] Many countries responded to appeals for humanitarian aid, pledging funds and dispatching rescue and medical teams, engineers and support personnel. Background Geology.

Massive earthquake hits Japan. Knoxnews. Storms scenes from downtown Knoxville A series of intense storm cells brought multiple tornadoes and damaging hail and lightning across much of East Tennessee on Wednesday, prompting repeated tornado warnings being issued for Knox and surrounding counties throughout the evening. 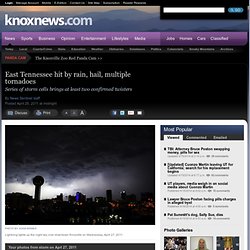 The National Weather Service confirmed two tornados struck near Cleveland, Tenn., including an EF-2 with winds up to 120 mph that injured one person and destroyed three mobile homes along Mt. Zion Road about five miles northwest of town Wednesday morning. An EF-1, with 90 mph winds, also landed about a mile west of Cleveland at 3:36 p.m., although no injuries or serious property damage was reported.

A possible third touchdown also was reported, but unconfirmed, near Etowah in McMinn County later Wednesday. A woman was killed when a tree fell on her trailer in Chattanooga. Tops were snapped off trees and insulation and metal roof panels littered the ground. Massachusetts tornado survivors grieve losses. Tina Susman AP Photo/Elise AmendolaJoe Yarbrough, 12, right, tosses a jacket to his mom, Laura, as they salvage belongings from their home in Monson, Mass. 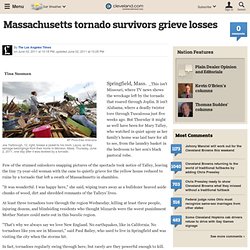 Thursday, June 2, 2011, one day after it was leveled by a tornado. Springfield, Mass. _This isn't Missouri, where TV news shows the wreckage left by the tornado that roared through Joplin. It isn't Alabama, where a deadly twister tore through Tuscaloosa just five weeks ago. Few of the stunned onlookers snapping pictures of the spectacle took notice of Talley, leaving the tiny 73-year-old woman with the cane to quietly grieve for the yellow house reduced to ruins by a tornado that left a swath of Massachusetts in shambles. 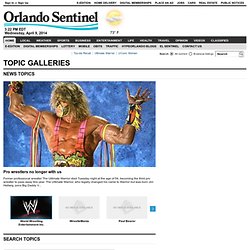 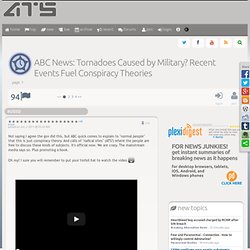 We are on the internet 10 to 12 hours a day, we dont read newspapers, dont watch the news, we're crazy, we only get the news from crazy websites... BUT we're extremely well educated. Thats cool... well... I'm a history major myself and pretty much yes, I believe and now I have the ground proof that I'm extremely more well educated than you, mr idiot reporter who wrote a book about nothing he knows about and goes on about making a buck at the expense of the "crazy people" he talked and the forums and blogs he visited for free. Plus I resented the fact that someone could actually be happy to "get attention" when Mr Ignorant Reporter said he was from the media... oh that makes me happy, because damn I need your attention, because you sir, represent the media and all that I aim for in my crappy life of a crazy person, crying for attention on the internet for 10 to 12 hours a day...