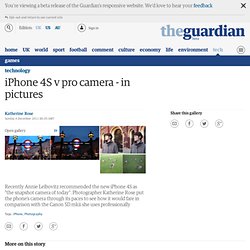 Eliminate the impossible...... Occupy libraries around the world - in pictures. Perou's photographs illuminate youth street life for Homelessness and the Arts project. Inside Fukushima - in pictures. The Thrilla in Manila - in pictures. The world's most expensive photographs - in pictures. Canon EOS 1D Mark III 10.1 MP Digital SLR Camera - Black (Body only) Please read the full listing. By clicking Confirm bid you commit to buy this item from the seller if you are the winning bidder. You will enter a binding contract. Place bid Review and confirm your bid Bid confirmation d h. Lonely Yet Beautiful Death Valley Landscapes (40 PICS) On the eastern edge of Death Valley sits the ghost town of Rhyolite in Nevada. This where the abandoned the Shoshone Mines can be found. The photographer noted, “Quarter Moon – A night time HDR of an outhouse at the Shoshone Mines.” Photo #1 by Hunter Luisi Playa lakes are some the flattest landforms in the world and the moving, racing rocks are world famous. 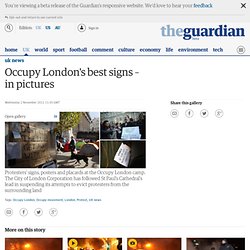 Giles Duley: 'My friends love the idea of me being half man, half camera' On 7 February this year, Giles Duley, an independent 39-year-old British photographer, was blown up by a landmine in Afghanistan. 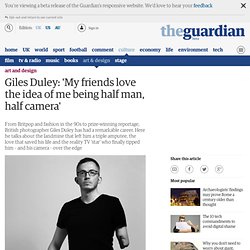 He became a triple amputee, losing his left arm and both legs. His life is a miracle – most soldiers with similar injuries do not survive. It is his suggestion that we meet at London's Charing Cross hospital, where he is recovering from an operation to ease ossification of muscle at the end of one of his leg stumps. I am not used to combining interviewing with hospital visiting but it is obvious that this is typical Duley. He has stoicism and spark, wants to get on with things, is more than willing to answer questions from his hospital bed. Our reason for meeting is, in part, Becoming the Story, a retrospective of his work. DSLR - Photography Seminar. Invalid quantity. 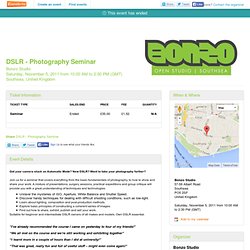 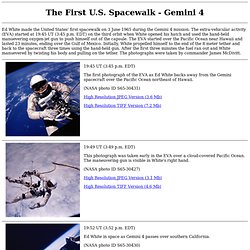 The extra-vehicular activity (EVA) started at 19:45 UT (3:45 p.m. EDT) on the third orbit when White opened his hatch and used the hand-held manuevering oxygen-jet gun to push himself out of the capsule. Astronauts' photographs from space flights and moon landing go on sale. They often used Hasselblad cameras from Sweden modified only by the addition of a bigger button to press, but then taking pictures when you are an astronaut in a bulky, pressurised suit is clearly tricky. 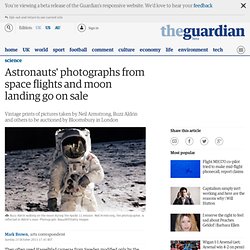 Many of the astronauts' early space photographs have become extremely famous, more for their otherworldly beauty than their scientific value. And now some are to appear in the UK's first dedicated sale of vintage Nasa photographs. Bloomsbury Auctions in London has announced details of the first specialist sale of images showing how man came to land on the moon. "We are thrilled," said Sarah Wheeler, Bloomsbury's photographs specialist. "What we are offering are historic artefacts – rare, iconic, vintage photographs taken by the astronauts themselves and printed within days of their return to Earth and very different from today's downloadable images. 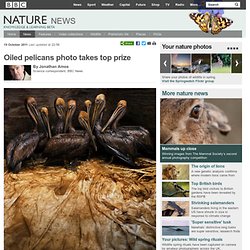 Split Family Faces. Cousins: Justine, 29, & Ulric, 29 How much do you and your family members really look alike? 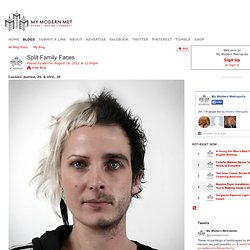 Quebec, Canada-based graphic designer and photographer Ulric Collette has created a shockingly cool project where he's exploring the genetic similarities between different members of the same family. By splitting their faces in half and then splicing them together, he creates interesting new people that are sometimes quite normal looking and other times far from it. He calls this series Genetic Portraits. Scott's own Antarctic expedition photographs published for first time.

The last beautiful images taken by Captain Scott of his doomed Antarctic expedition have been published after lying for almost a century unrecognised in a cardboard box in a photographic archive. 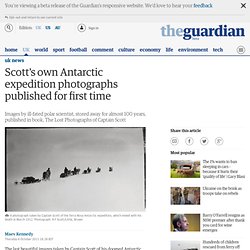 Robert Falcon Scott and his companions froze and starved to death in their tent just 11 miles from a food and fuel cache, during their Terra Nova expedition which had reached the South Pole in January 1912. By the time the bodies were found in November that year, a copyright row had already begun that would keep Scott's photographs out of the public gaze. After two years of lectures, exhibitions, slide shows and film screenings, and a bitter clash over who owned the rights, thousands of photographs, along with Scott's images, were returned to the expedition photographer, Herbert Ponting. The nitrate film of the collection disintegrated, but a single set of positives printed by Ponting survived, stored loose in a cardboard box. Alma telescope opens its eyes – in pictures. Monochromatic Alps on the Behance Network. Weapons of Mass Destruction on the Behance Network.

100 Abandoned Houses on the Behance Network. Your beautiful eyes on the Behance Network. Guardian camera club: David Sillitoe's street portraits – in pictures. Street Photography Now Project: shoot on sight. Expose the banalities of the new urban landscape, said George Georgiou. And this is Ilya Schtutza's response… Photograph: Observer Dancing angels, drunken chickens, a moon-child – it sounds like one of Charlie Sheen's less sober imaginings. They're some of the unusual scenes thrown up by the Street Photography Now Project (SPNP), which reached its culmination this week after a year of uncovering – and nurturing – new talent behind the camera. Last October, SPNP set out to encourage a generation of Cartier-Bressons through the simple means of a weekly instruction: participants had six days to shoot the brief and upload their single best shot.

24 hours in pictures. Week in pictures: 3-9 September 2011. Canon PowerShot G10 Review: 1. Introduction. Review based on a production Canon PowerShot G10, Firmware version 1.00. Do we have a fundamental right to film the police in public? As a number of recent cases have made clear, filming policing activity in public places is a vital method of holding police to account. But there have been continuing tensions between the police and photographers over the practice. Architectural photographer creates impossible edifices. Hurricane Irene 2011 - Schoharie County, New York : un album. Am. Is this good news? #photography (Taken with... – Steve Bomford. Welcome to Facebook - Log In, Sign Up or Learn More. Canon 2x Extender MK II. Please read the full listing.

By clicking Confirm bid you commit to buy this item from the seller if you are the winning bidder. You will enter a binding contract. Place bid Review and confirm your bid Bid confirmation d h. Hurricane Irene approaches New York – in pictures. How one photograph can turn a musician into a rock star. Out-of-focus pictures eliminated by photography innovation. Portsmouth Guildhall. Tested: Lomo LC-Wide. Apple’s MacBook Air v iPad 2. BBC caught in Twitter copyright row [newly updated] Mail Online accused of infringing on photographer's copyright [update] Alice Taylor , an amateur photographer, has accused Mail Online of using her images without authorisation, and published on her blog a series of emails she exchanged with one of the paper's picture editors. Taylor first published her images, which show skinny mannequins displayed in Gap stores, on her blog, before seeing the story picked up by the Washington Post .

The US-based newspaper emailed Taylor "asking permission to reprint, and asked for a quote or two. I said yes. I sent them a further pic, too," says Taylor . Galerie de Metropolitan Police. The riots: shops and robbers. London riots, day three – in pictures. London riots: Before-and-after images. Further outbreaks of violence and looting in London - in pictures. Tottenham hit by riots and looting – in pictures.