BrickLink - Unofficial LEGO® Marketplace. Amazon launches new 'Coins' virtual currency for Kindle Fire app purchases, coming to the US in May. 5 February '13, 03:14pm Follow Intent on helping app developers gain more money from their Appstore submissions, Amazon today announced the launch of ‘Amazon Coins,’ a new virtual currency that will allow Kindle Fire owners to purchase apps, games and make in-app purchases on their tablet when it becomes available in May. 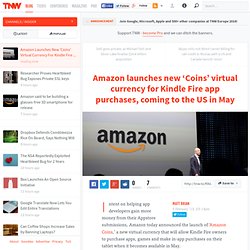 The virtual currency will launch in the US only to begin with, providing customers with two choices to buy apps or make purchases from within the app. While Amazon previously only allowed credit cards to be associated with a Kindle Fire device, users will also be able to pay using Coins, which plays into the hands of parents who wish to keep a tab on how much their kids are spending. Amazon says when the virtual currency launches, it will provide customers will “tens of milions of dollars’ worth” of free Amazon Coins to spend on apps in its Amazon Appstore, while developers will see nothing change in terms of revenue sharing or work needed to adapt their apps.

Survival. 8 Effects Every Photographer Should Know About. Like Button for Twitter. An Interview with Internet Policy Visionary Susan Crawford. Susan Crawford is most often described as an “Internet policy visionary”, and you’d be hard-pressed to argue that title. 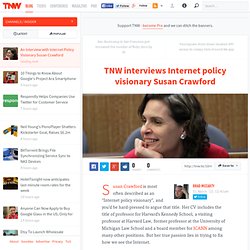 Her CV includes the title of professor for Harvard’s Kennedy School, a visiting professor at Harvard Law, former professor at the University of Michigan Law School and a board member for ICANN among many other positions. But her true passion lies in trying to fix how we see the Internet. I caught up with Susan for a brief chat in advance of her talk at TNW Conference 2012, where she gave me a bit of insight as to how she sees the Internet, and how she hopes the rest of us will see it as well. Politics - Mar 30, 2012 - Etch A Sketch launches ad campaign.

March 30, 2012John Seewer And Mae Anderson The 104-year old company that makes Etch A Sketch is launching new political-themed ads, after the toy made headlines when an aide for presidential hopeful Mitt Romney compared it with Romney's fall election strategy. 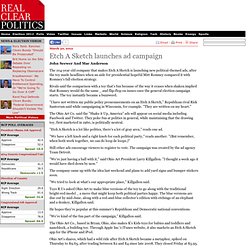 Rivals said the comparison with a toy that's fun because of the way it erases when shaken implied that Romney would do the same _ and flip-flop on issues once the general election campaign starts. The toy instantly became a buzzword. "I have not written my public policy pronouncements on an Etch A Sketch," Republican rival Rick Santorum said while campaigning in Wisconsin, for example. "They are written on my heart. " The Ohio Art Co. said the "Shake it Up, America" ads will appear on social media including Facebook and Twitter.

"Etch A Sketch is a lot like politics, there's a lot of gray area," reads one ad. "We have a left knob and a right knob for each political party," reads another. On the Web: The Associated Press. Secondary Market: Facebook worth $104 billion. Dev Bootcamp Teaches Ruby on Rails To Beginners. In the bay area, there are no shortage of hackathons, meetups, or coworking spaces for developers. 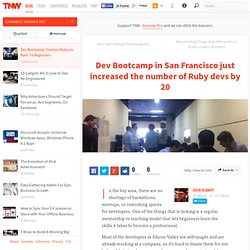 One of the things that is lacking is a regular mentorship or teaching model that lets beginners learn the skills it takes to become a professional. Most of the developers in Silicon Valley are self-taught and are already working at a company, so it’s hard to blame them for not being able to teach anyone and everyone who wants to achieve the same status. The folks at something called Dev Bootcamp want to change that by putting together eight week “courses” on how to become a pro at Ruby on Rails, in hopes of getting them junior positions within top tier companies. It’s a brilliant model, which I’ll get into more later. First, I want to talk about what I saw when I visited the tiny office space on Market St. in downtown San Francisco. The “students” come from various backgrounds, some having never touched backend code before.

Your Tweeter Karma. Video: An introduction to yoga - Stress Management - Article - More Than Medication. Think it takes years of practising yoga before you see any results? 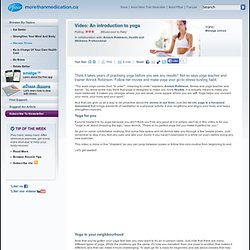 Not so says yoga teacher and trainer Annick Robinson. Follow her moves and make yoga your go-to stress-busting habit. "The word yoga comes from "to yoke"”, meaning to unite," explains Annick Robinson, fitness and yoga teacher and trainer. “So while some may think that yoga is designed to make you more flexible, it is actually meant to make you more balanced: It makes you stronger where you are weak; more supple where you are stiff.

Yoga helps you connect your mind, your body and your spirit. " Twitter to Evernote or Email everyday! Day Two: Windows Phone Development. Woah. 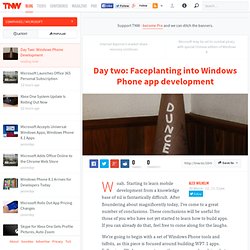 Starting to learn mobile development from a knowledge base of nil is fantastically difficult. After floundering about magnificently today, I’ve come to a great number of conclusions. These conclusions will be useful for those of you who have not yet started to learn how to build apps. If you can already do that, feel free to come along for the laughs. We’re going to begin with a set of Windows Phone tools and tidbits, as this piece is focused around building WP7.1 apps. Resources I’m going to assume that you read my piece from yesterday. Observations Developing is cool. ManageFlitter - Twitter Account Management - Over 605 Million Unfollowed.