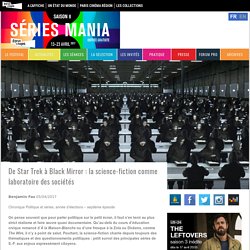 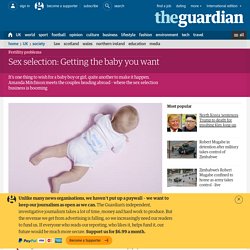 Robert is a martial arts fiend and has a coiled-up, physical intensity that suggests he could, with one flick of his pinkie, pluck out your carotid artery. Of course he wouldn't – he's a most genial man – but that impression must help in his line of work. The Gunns live in a nice suburban street in the south of England with their three small boys, but there is not a toy or half-chewed rusk to be seen. We sit around a glass coffee table. The room is clean and modern, the furnishings are that chicken soup colour favoured by architects – and expensive private clinics.

The couple seem slightly bemused. Robert and Susan had a second boy. But the Gunns got a third boy. They are, of course, thrilled. And they did work for it. The couple have told a couple of close friends, and Susan's mother. The issue does come up at dinner parties. Ten years ago, the Trathens were in much the same position as the Gunns. Or Ted. Les extra-terrestres dans le cinéma, de 1902 à aujourd'hui. Dune, 50 years on: how a science fiction novel changed the world.

In 1959, if you were walking the sand dunes near Florence, Oregon, you might have encountered a burly, bearded extrovert, striding about in Ray-Ban Aviators and practical army surplus clothing. 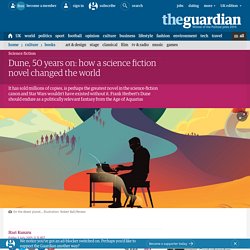 Frank Herbert, a freelance writer with a feeling for ecology, was researching a magazine story about a US Department of Agriculture programme to stabilise the shifting sands by introducing European beach grass. Pushed by strong winds off the Pacific, the dunes moved eastwards, burying everything in their path. Herbert hired a Cessna light aircraft to survey the scene from the air. “These waves [of sand] can be every bit as devastating as a tidal wave … they’ve even caused deaths,” he wrote in a pitch to his agent. Above all he was intrigued by the idea that it might be possible to engineer an ecosystem, to green a hostile desert landscape. About to turn 40, Herbert had been a working writer since the age of 19, and his fortunes had always been patchy. Actually, the great Dune film did get made. Virtual love: is your Valentine an avatar?

In Her, a film arguably about the future of relationships, Joaquin Phoenix portrays a lonely, alienated and heartbroken man who reverts to technology to fulfil his romantic and sexual needs. 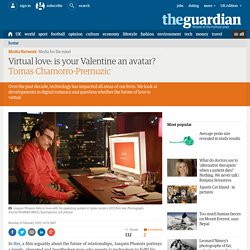 The technology in question is an artificial intelligence (AI) algorithm (the voiceover by Scarlett Johansson) whose only weakness is the inability to avoid falling in love with her client. Though technically unfeasible by today’s AI standards, the broad premise of the movie is more realistic than most people may think. Indeed, in the past 10 years our lives have been transformed by technology and love is no exception. With Valentine’s Day around the corner, there’s no better time to examine some of the recent developments in this area. Taobao, China’s version of Amazon, offers virtual girlfriends and boyfriends for around $2 (£1.20) per day. Invisible Boyfriend. Les voix multiples des intelligences artificielles au cinéma. Black Mirror: White Bear, Channel 4, review.

The barely fictitious world of Charlie Brooker’s Black Mirror (Channel 4) is as bleak as anything on the telly. 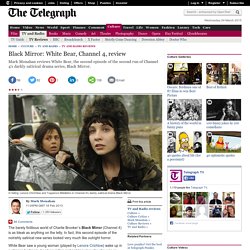 In fact, this second episode of the noirishly satirical new series looked very much like outright horror. Black Mirror 'White Bear' (REVIEW)  The first 45 minutes of White Bear, the second episode of Charlie Brooker's trilogy of technology-fearing dystopias, played out like a low-budget, low-quality version of 28 Days Later. 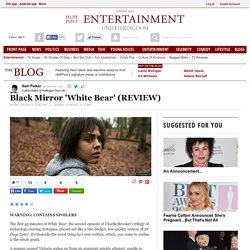 It's basically the worst thing he's ever written, which, you come to realise, is the whole point. A woman named Victoria wakes up from an apparent suicide attempt, unable to remember who she is. To make matters worse, the world outside makes no sense either: mysterious transmitters have turned most of the population into zombie-like voyeurs incapable of doing anything but filming her on their mobile phones, even as she's being chased by a masked gunman, screaming for help. Lenora Crichlow as Victoria in 'White Bear' Victoria soon teams up with Jem, a fellow 'survivor' who is neither affected by the radiowaves nor one of the 'hunters'. The whole thing is so hackneyed and formulaic, you're aghast. What is revealed in the final act is that this is because Victoria actually is the only real character. Review of Black Mirror ‘White Bear’