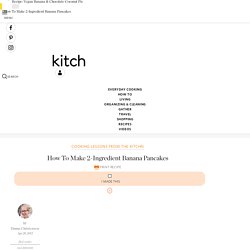 No, I mean they are literally made from bananas. And eggs. Eggs and bananas, and that's it. Super Liver Juice. Melissassouthernstylekitchen.com - homemade family-style meals. Bee Raw. Recipes for Grand Marnier & Grey Goose Slushies. Drink Mixes - WebstaurantStore. Beverage Manufacturer and Product Packaging Services - Florida Natural Flavors. The USDA, the state of Florida, and the Royal Crown Company, Inc routinely inspect us to ensure the highest quality products. 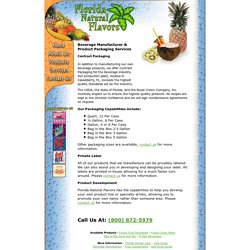 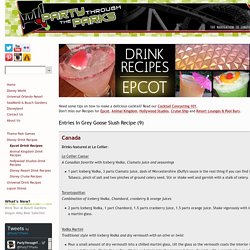 But, not all of them do. In fact, my favorite two, the jalapeno and cucumber margaritas are relatively easy to make at home. Most large grocery stores carry agave nectar in the baking goods aisle - look for a bottle that looks similar to honey. To make a simple syrup with it, use 1 part warm water to 1 part agave nectar and stir to combine; ie. 1/2 cup water & 1/2 cup agave nectar. Prickly PearEl Mayor premium white Tequila, triple sec liquor, prickly pear puree, fresh lime juice and desert pear syrup, served on the rocks with a hibiscus Himalayan salt rim 2 parts white tequila, 1 part triple sec, 1 part Monin or Island Oasis prickly pear puree, 1 part lime juice, 1 part simple syrup made with agave nectar. Sunfood Articles and Recipes. Our Recipes. Classic British Scones with Currants. This week is all about classic British food! 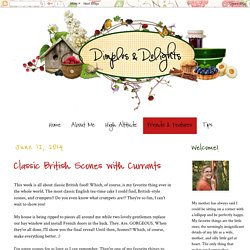 Which, of course, is my favorite thing ever in the whole world. The most classic English tea-time cake I could find, British-style scones, and crumpets!! Impossible Coconut Pie. Impossible coconut pie or magic cake, whatever you wish to call it, it’s one simple batter that turns into 3 delicious layers when baked. 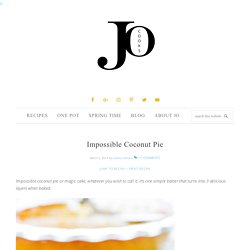 Let’s talk impossible pies and magic cakes. So many of you have commented or have written to me on magic cake, so I thank you for that. Don't Waste the Crumbs. 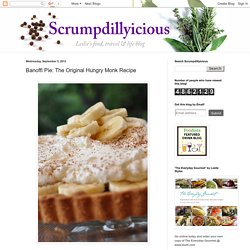 Developed in 1972, the dessert was inspired by an American dish known as Blum’s Coffee Toffee Pie, which consisted of smooth toffee topped with coffee-flavoured whipped cream. Dowding adapted the recipe to instead use a soft caramel toffee created by boiling a can of condensed milk, and worked with Mackenzie to add a layer of bananas, calling the dish “Banoffi” — a blend of the words 'banana' and 'toffee'. It was an immediate success, proving so popular with their customers that they couldn’t take it off the menu. The picturesque Hungry Monk in Jevington, Sussex The restaurant, originally four monks’ cottages, was built in the 14th century and combined into one building at some point. Most famous as the birthplace of the original recipe for Banoffi Pie back in 1972, 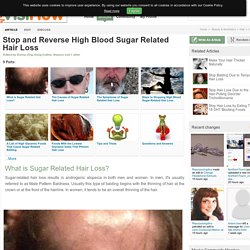 Sugar-related hair loss results in androgenic alopecia in both men and women. In men, it's usually referred to as Male Pattern Baldness. Usually this type of balding begins with the thinning of hair at the crown or at the front of the hairline. In women, it tends to be an overall thinning of the hair. A typical case of androgenic alopecia hair loss in a male. Sugar related hair loss is based on the two following scientific premises: 1Sugar is known cause of hair loss. Disney Cruise Line Recipes - Disney Recipes.

New One Day Plan. This Triple Chocolate Scone Is Just Too Good To Be True. Disney Dessert Recipes - Disney Recipes. Skillet Lasagna. 21 Clean Lunches That Can Be Prepared In Under 10 Minutes. Quinoa Fruit Salad with Honey Lime Vinaigrette. By Skinny Ms. 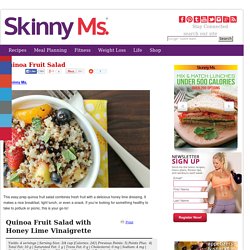 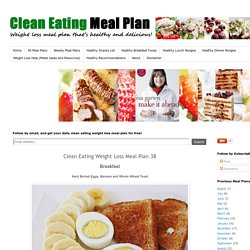 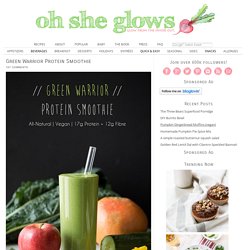 I did look and feel a little green though! I was cruising along feeling fine until week 6 came along and then I discovered that pregnancy hormones are no joke. All day nausea and extreme fatigue hit me like a ton of bricks. Chicken / Poultry Archives - The Healthy Foodie. 5-Minute Oatmeal Power Bowl. This is what I’ve been eating for breakfast every morning for the past month. It’s total comfort food and makes me feel amazing, even after a night of little sleep. I don’t know about you, but when I find something that I love, I have to have it every. single. day. until I’m sick of it and then I’m onto the next thing for a while. It’s a good thing I have this blog or I’d probably eat the same 3 meals on rotation! This wouldn’t surprise my mom. As a child, I used to only want to wear one outfit over and over.