Best NYC Rooftop Bars Open Year Round - Thrillist. As soon as the first cool breeze hits Manhattan and the sun starts setting before dinnertime, you can hear the collective cries of New York’s rooftop-loving cocktail crowd wailing out in sadness that rooftop season has once again come to an end. 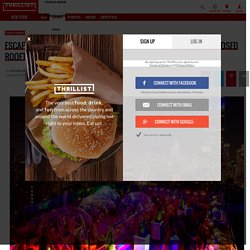 But in a city where everything is built vertically, rooftop season does persist. Gone are the days of summer Fridays, but for winter Fridays, and really every day, there are plenty of enclosed rooftops all over the city, ready to serve you booze in the sky no matter what the weather’s like outside. Best Breweries in New York State According to Beer Experts.

One-Line Save Venue Queens If you’re ever out walking in Long Island City, you might confuse Transmitter Brewing for an auto repair garage directly underneath the bustle of the Pulaski Bridge. 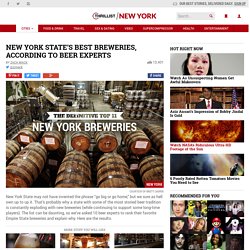 But founders Rob Kolb and Anthony Accardi have been hard at work there, bringing something to the beer scene from a geekier emphasis area: yeast. To get an idea of just how serious they are, consider that they “have secured over 20 isolated strains of Brettanomyces, Lactobacillus, and Pediococcus, as well as a brewhouse library of traditional Belgian, French, English, and American yeasts.” The result? A portfolio of distinctive, complex, bottle-conditioned ales whose reputation has propelled the brewery into serious notoriety.

Best NYC Rooftop Bars for Summer Drinking. When the temperatures mercifully rise and we demand a side of fresh air with our margaritas, we invariably head out -- and up. 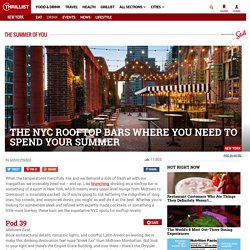 Like brunching, drinking on a rooftop bar is something of a sport in New York, which means every upper-level lounge from Midtown to Greenpoint is invariably packed. The Best Happy Hour Spot in 21 Different Manhattan 'Hoods. Finding a place to drink during that post-work/pre-dinner interlude -- better known as happy hour -- in NYC is seldom a problem. 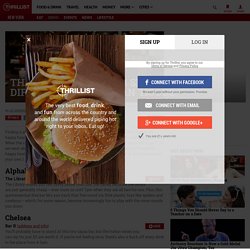 But that’s also what kind of makes it a problem. When the choices are endless, there’s a lot of: “I don’t know, where do you want to go?” So we went ahead and solved that problem for you with this definitive list of 21 must-hit happy hour spots in Manhattan, broken down by neighborhood. (That is, if you ever leave your own.) Roundup by Neighborhood Neighborhood Alphabet City Venue Title -- ADD LINK to (address and info) The Library Description The Library makes you feel savvy (aside from just the name) because the drinks are just generally cheap -- even more so until 7pm when they are all two-for-one. Chelsea Bar B. The Absolute Best Beer Bars in NYC. 13 Excellent Secret Speakeasy Bars in NYC. You have never been to a speakeasy. 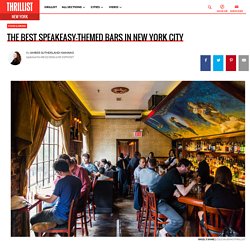 Unless you have a 100 year-old friend or relative, no one you know has ever been to a speakeasy. And, unless the liquor laws in New York City take a dramatic turn toward the puritanical, you will never go to a speakeasy. Alcohol is legal. You have been to speakeasy-themed bars. You have been to the adult equivalent of the Rainforest Cafe. These bars are not hidden. Themes are nice and good. Recommended Video Fireball Whiskey Apple Pies: A Dessert Fit for a Frat Party East Village Named for the portion that evaporates during spirits’ aging process, Angel’s Share has been on the beaten path for decades. Chelsea Hiding behind another behind another business (Stone Street Coffee Company, in this case) is always a nice touch, but Bathtub Gin can’t conceal the crowds waiting to win entry to its windowless barroom. Lower East Side Many venues inhabiting the pseudo-speakeasy space do so by virtue of what they do not have. 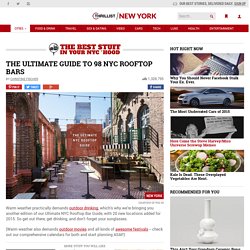 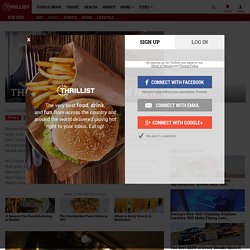 Sure, NYC launched the modern cocktail movement, and we’re at the heart of the East Coast’s craft beer territory, but it’s time we recognize that many of our wine bars are as impressive, if not more so, than our cocktail and beer bars (not to mention that Long Island wine country is arguably as legit as Napa). Brooklyn Brewery Brewmaster Garrett Oliver's Favorite NYC Bars. Blind Tiger | Drew Swantak/Thrillist Garrett Oliver's the brewmaster for one of the greatest success stories in the American craft beer movement, an accomplished author, and a globally respected industry luminary. 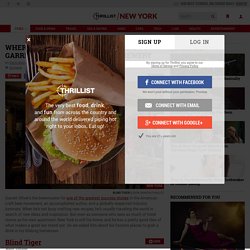