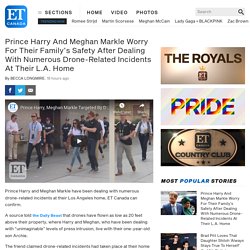 A source told the Daily Beast that drones have flown as low as 20 feet above their property, where Harry and Meghan, who have been dealing with “unimaginable” levels of press intrusion, live with their one-year-old son Archie. The friend claimed drone-related incidents had taken place at their home on May 9, 19, 20, 21, and 25, and were all reported to the authorities. A Los Angeles Police Department report for the Memorial Day occurrence said that “a drone was flying over residences” and that it was “an ongoing drone issue.” (1) Home / Twitter. Prince Harry Praises HALO's COVID Response. Prince Harry Will Be a 'Lost Soul' in L.A., Royal Author Tom Quinn Claims. 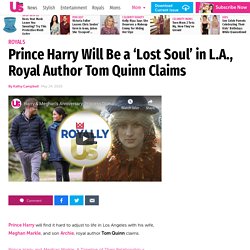 The royal commentator — whose new book Kensington Palace: An Intimate Memoir From Queen Mary to Meghan Markle was released this month — spoke about the couple’s move to the U.S. in a new documentary that aired in the U.K. on Saturday, May 23. Channel 5’s Harry & Meghan: Two Troubled Years looks at how the prince and former Suits star will forge a new path after stepping down as senior royals at the end of March. “I think Harry will be like a lost soul in the U.S.,” Quinn said in the documentary. “It will be far worse for Harry in America than Meghan in England. Because he’s not as tough as she is.” Meanwhile, Princess DianaOpens in a new Window. Volume 90% Press shift question mark to access a list of keyboard shortcuts Play/PauseSPACE Increase Volume↑ Decrease Volume↓ Seek Forward→ Seek Backward← Captions On/Offc. 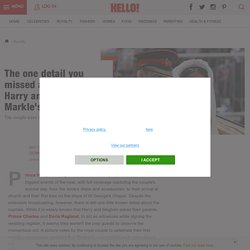 Despite the extensive broadcasting, however, there is still one little known detail about the nuptials. While it is widely known that Harry and Meghan asked their parents, Prince Charles and Doria Ragland, to act as witnesses while signing the wedding register, it seems they weren't the only guests to observe the momentous act. A picture video by the royal couple to celebrate their first wedding anniversary revealed that Meghan's young bridal party were also in the room, along with Maria Teresa Turrion Borrallo – nanny to Prince George, Princess Charlotte and Prince Louis.

Prince Harry's Wedding Ring Is Different from Those of Other Royal Men for a Few Reasons. One of the many royal traditions Prince Harry has broken over the years has to do with his wedding ring.While royal wedding rings are traditionally made of Welsh gold, Harry opted for a modern, platinum ring with a brushed texture finished instead. 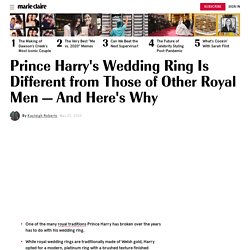 Traditionally, royal wedding bands are made from metal gifted by the Queen from her collection of Welsh gold from the Clogau St. David Gold Mine in Dolgellau, Wales. The tradition dates back to 1923, when Queen Elizabeth's parents, King George VI and Queen Elizabeth the Queen Mother, wed. 12 ways Meghan Markle and Prince Harry modernized the monarchy. Prince Harry and Meghan Markle Cost the British Taxpayers $53 Million, According to a "Forensic Audit" According to a "forensic audit," Prince Harry and Meghan Markle may have cost the British public as much as $53 million in their two years as working royals. 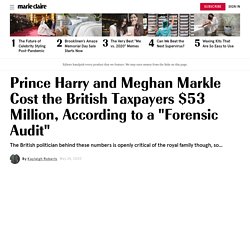 The claim comes from Norman Baker, a British politician and author with a history of being critical of the royal family. In a piece for the Daily Mail, Baker broke down where the millions he claims Harry and Meghan cost Brits went. Prince Harry and Meghan Markle's royal exit has been controversial to say the least. Now, a British politician is claiming that it might have cost the British people more than heartache—to the tune of more than $50 million.

Norman Baker, a former Liberal Democrat for East Sussex and author of … And What Do You Do? "From their wedding day to March 31 this year, I estimate the British taxpayer has forked out more than £44 million ($53 million) to provide Harry and Meghan with, it seems, whatever they want," Baker wrote in the Daily Mail. Security costs: £7 million ($8.5 million) subscribe here. Duchess Meghan felt 'free' in Los Angeles. © Bang Showbiz Duchess Meghan Duchess Meghan felt "free" in Los Angeles with her husband Prince Harry. 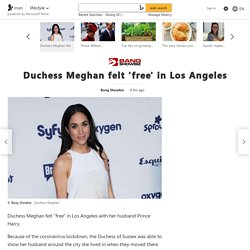 Load Error Because of the coronavirus lockdown, the Duchess of Sussex was able to show her husband around the city she lived in when they moved there during the pandemic. A friend shared: "The streets were empty. It would be two days before the paparazzi found out where they were and what they were doing, so they got to see the city in a way they wouldn't ordinarily be able to. "They loved being able to drive themselves around. And the 38-year-old former actress always had a "big plan" to move to Los Angeles, but it has not been as easy for Prince Harry, who "doesn't really know anyone" in LA. The insider added: "When that piece of their plan fell away, there was no point being in Canada. The couple - who stepped down as senior royals earlier this year - have been enjoying time with their son Archie in lockdown. Prince Harry and David Foster Are 'Like Father and Son'

Prince Harry and David Foster Are 'Like Father and Son'