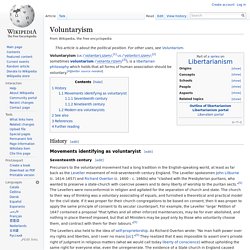 As Richard Overton wrote: "No man hath power over my rights and liberties, and I over no mans [sic]. Nineteenth century[edit] In 1843, Parliament considered legislation which would require part-time compulsory attendance at school of those children working in factories. The educational voluntaryists wanted free trade in education, just as they supported free trade in corn or cotton. Voluntaryist - The Comic Series. Heroes: Ignited Crossover Cover with Vountaryist by Short Fuse Media Group, LLC The talented comic production team at Short Fuse Media Group, LLC. that has done amazing work on our colors and letters for the last few issues is putting together an amazing cross-over issue with some of its other titles! 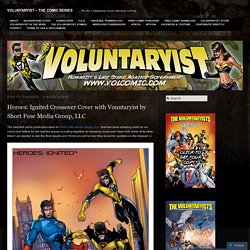 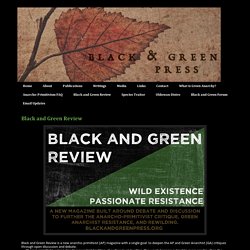 There is regrettably a long standing anarchist tradition of surface level dwelling. The words become subject to more scrutiny than the concepts and the discussion trickles to a self-reflexive standstill while meaningful action withers. We get lost in fluff and propaganda of the creed. And yet the totality of civilization continues on around us. We have entered into a post-Peak Oil modernity within a globalized, techno-industrial civilization. 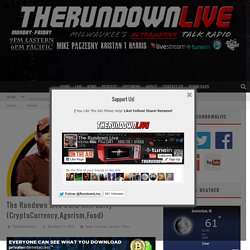 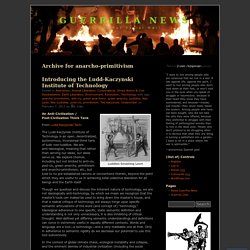 The idea of challenging capitalism and the state was one that was relatively new to western civilization when the first people to be called anarchists in a political sense first put forth their ideas. We should not be satisfied to stop there. They didn’t face issues such as climate change, neo-liberal globalization, or peak production. That doesn’t mean we can afford to ignore those issues. Fredy Perlman Reference Archive. Works: Birth of a Revolutionary Movement in Yugoslavia, 1969 The Reproduction of Daily Life, 1969 Ten Theses on the Proliferation of Egocrats, 1977 Manual for Revolutionary Leaders, 1977 Progress & Nuclear Power, 1979Anti-Semitism & the Beirut Pogrom, 1983The Continuing Appeal of Nationalism, 1984 From The Anarchist Encyclopedia Fredy Perlman was born in Brno, Czechoslovakia on August 20, 1934. 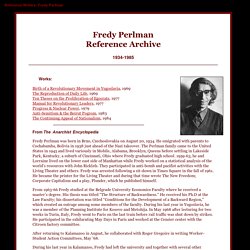 Primer. Editor's note: this was scanned and run through OCR and a spell-checker. 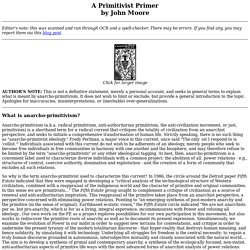 There may be errors. If you find any, you may report them via this blog post. HGWM2_text. MERA2_text. Green Anarchy. GREEN ANARCHY, OR PRIMITIVISM, is probably the most radical of environmentalist ideologies. 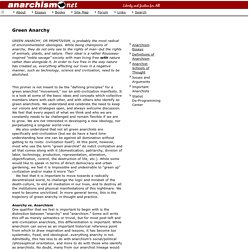 While being champions of anarchy, they do not only see to the rights of man--but the rights of animals, plants, and nature. Their ideal is a rather Rousseau-inspired “noble savage” society with man living free with nature rather than alongside it. In order to live free in the way nature has created us, everything affecting our lives in a negative manner, such as technology, science and civilization, need to be abolished. This primer is not meant to be the “defining principles” for a green anarchist “movement,” nor an anti-civilization manifesto.

It is a look at some of the basic ideas and concepts which collective members share with each other, and with others who identify as green anarchists. Anarchy vs. What Is Primitivism? The Society of the Spectacle. Book structure[edit] The work is a series of 221 short theses. 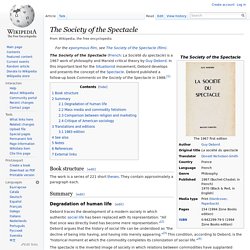 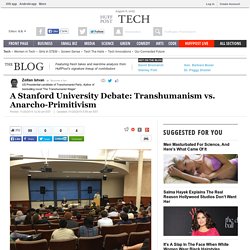 Hellhounds, Werewolves, and the Germanic Underworld. Hellhounds, Werewolves and the Germanic Underworld Alby Stone There is a curious connection between dogs and travel to the realm of the dead. It can be found particularly in Indo-European mythologies, although it also occurs in Egypt, Siberia, and north America. Primitivism. Rewild Portland - Earth Based Arts and Crafts.

Rewild Portland - Earth Based Arts and Crafts. Greenanarchy18. John Zerzan: anti-civilization theorist, writer and speaker. Anti-civilization thought in Thoreau's "Walking" - Feral Jesus. “Give me a wildness whose glance no civilization can endure.” Henry David Thoreau is celebrated as the father of the environmental movement in the United States, but many of his writings on ecology, social life, economics and human relations share much in common with the radical anti-civilization or anarcho-primitivist movement. Though he predates the anarcho-primitivist movement in America by about 140 years, Thoreau’s essay “Walking” uses language and concepts that we might recognize today as anti-civilization thought. Primer. Amazon. Marx, theoretician of anarchism. Maximilien Rubel's 1973 article highlighting the libertarian elements within Marx's work and its importance to anarchism, regardless of Marx's lengthy critiques of famous anarchist theoreticians.

Marx has been badly served by disciples who have succeeded neither in assessing the limits of his theory nor in determining its standards and field of application and has ended up by taking on the role of some mythical giant, a symbol of the omniscience and omnipotence of homo faber, maker of his own destiny. The history of the School remains to be written, but at least we know how it came into being: Marxism, as the codification of a misunderstood and misinterpreted body of thought, was born and developed at a time when Marx’s work was not yet available in its entirely and when important parts of it remained unpublished. The choice of subject was no accident. Certainly, like every revolutionary teaching, that of Marx is not free from ambiguities. b2bv3. Why The Future Doesn't Need Us. While some critics have characterized Joy's stance as obscurantism or neo-Luddism, others share his concerns about the consequences of rapidly expanding technology.[1] Summary[edit] Joy argues that developing technologies provide a much greater danger to humanity than any technology before has ever presented.

In particular, he focuses on genetic engineering, nanotechnology and robotics. Wired 8.07: Rants & Raves. Rants & Raves "Why the Future Doesn't Need Us" Bill Joy's cover story on the dangers posed by developments in genetics, nanotechnology, and robotics ("Why the Future Doesn't Need Us," Wired 8.04) struck a deep cultural nerve. Instantly. Literally within hours of its appearance, reactions began arriving via email, fax, and phone from all parts of the globe.

Freikörperkultur. Benedict Friedlaender. Benedict Friedlaender (8 July 1866 – 21 June 1908; first name occasionally spelled Benedikt) was a German Jewish sexologist, sociologist, economist, volcanologist, and physicist. Friedlaender was born in Berlin as the son of Carl Friedlaender (1817–1876), a professor of economics. His grandfather was Nathan Friedlaender (died 1830), a Berlin physician and university lecturer. Oddfellows. The name Oddfellows refers to several friendly societies and fraternal organisations operating in the United Kingdom. Benedict Friedlaender. Scientific-Humanitarian Committee. Lieblingminne und Freundesliebe in der Weltliteratur. Lieblingminne und Freundesliebe in der Weltliteratur is an anthology of poetry about homosexuality, compiled by the German artist Elisar von Kupffer (Elisarion). First published in 1900, it is the first effort of its kind in modern times, and while several later works have tried to deliver an updated version of von Kupffer's book, it has proven to be a timeless piece of gay literature.