The Basic Economic Problem. UK bonuses soar to £44bn beating pre-financial crash peak for the first time. Eight years after the collapse of Lehman Brothers sparked a global financial crisis, the spread of Britain’s bonus culture from the bankers of the City to the hi-tech startups of London’s Shoreditch has seen pay top-ups leap to a new record level. 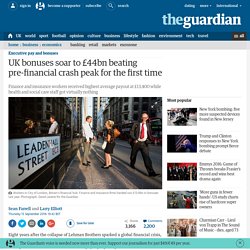 While regular pay growth has remained modest for most UK workers, generous bonuses at firms outside the financial sector have pushed bonuses above their previous pre-financial crisis peak. Many car brands emit more pollution than Volkswagen, report finds. A year on from the “Dieselgate” scandal that engulfed Volkswagen, damning new research reveals that all major diesel car brands, including Fiat, Vauxhall and Suzuki, are selling models that emit far higher levels of pollution than the shamed German carmaker. 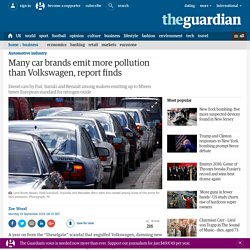 UK households to choose water supplier under Ofwat shakeup. Households would be able to choose their water supplier for the first time under proposals from Ofwat which it claims would cut bills and improve services by introducing competition. 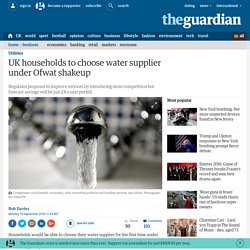 However, the proposed overhaul of British water supply would only save households about £8 a year on their water bill, the industry watchdog said. Under the existing system homeowners can only buy water from a handful of regional suppliers such as Yorkshire Water, Severn Trent or Thames Water. But a report by Ofwat suggests restructuring the industry to encourage new entrants to the market in an effort to improve services and bring down bills. The new regime would allow private companies to buy water in bulk from the existing major suppliers and sell it on to households. Competition Policy Case Study - Royal Mail Privatisation. 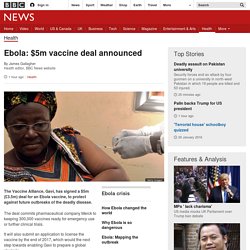 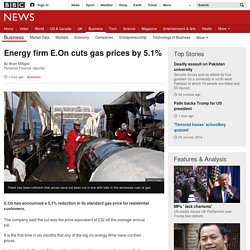 The company said the cut was the price equivalent of £32 off the average annual bill. It is the first time in six months that any of the big six energy firms have cut their prices. Last week both the regulator and the prime minister expressed concerns that prices were not being cut in line with falls in the wholesale cost of gas. Slump in oil prices drives green energy takeup in top exporting nations. The oil price slump below $30 barrel is spurring some of the world’s biggest oil exporters to curb domestic consumption of fossil fuels and invest in wind and solar power, according to government officials meeting in Abu Dhabi. 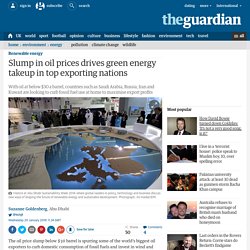 A month after the historic climate agreement in Paris, Saudi Arabia, Russia, Iran, Kuwait, the United Arab Emirates and other oil exporters are in the midst of overhauling domestic energy policies and seeking alternatives to oil and gas for electricity. The main motive is not reducing greenhouse gas emissions, but cutting back on domestic energy demand that is taking up a rising share of production. Oil exporters would rather sell their fossil fuels abroad than burn them at home, government officials attending meetings of the International Renewable Energy Agency (Irena) said. Marmite Easter eggs – the final frontier of brand extensions? Not long ago, opinions about salty-sweet candy combinations ranged from “curious” to “disgusting”. 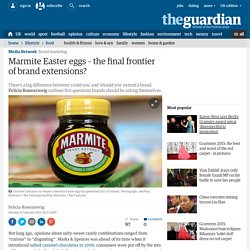 Marks & Spencer was ahead of its time when it introduced salted caramel chocolates in 2006; consumers were put off by the mix of flavours and the line failed. By 2015, salted caramel sweets are ubiquitous and nearly a cliche. Buy a house under a mile away and save £1million. The average price drops by £280,000 moving from Vauxhall to Stockwell on the Victoria line, while house values plummet another £480,208 when moving from Stockwell to Brixton, the data revealed. 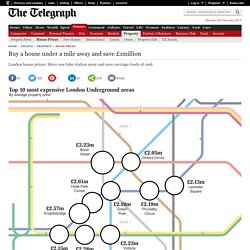 At the other end of the Victoria line, prospective homeowners can save £390,465 by looking around the Highbury and Islington area rather than King’s Cross. Tesco's store closures and abandoned developments - interactive. Tesco may have breached groceries code in two areas, says adjudicator - video. Royal Mint sells gold bars directly for the first time.

Investors can buy them through a Self-Invested Personal Pension (SIPP) or Small Self-Administered Scheme (SSAS) and benefit from their marginal rate of tax on their gold purchases. 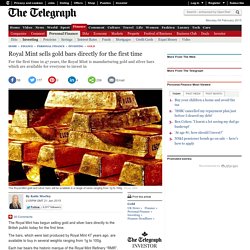 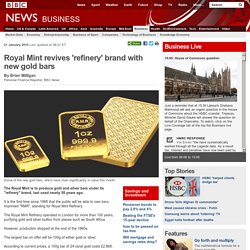 Gold – investing. Cheaper oil: Winners and losers. OECD: changes must cut inequality, not just boost economic growth. Politicians must focus on policies that ensure stronger economic growth goes hand in hand with fairer distribution of the gains if they are to stem rising inequality, a leading economic thinktank has said. Analysing the effects of pro-growth policies on inequality, the Paris-based Organisation for Economic Co-operation and Development (OECD) has identified widening gaps in wealth distribution in many rich nations, with the the poorest hardest hit. The OECD urges governments to prioritise policies that help reduce inequality while also boosting growth, such as more education for low-skilled workers and measures to get more women into work. The recommendations, part of the thinktank’s annual “Going for Growth” report, are being unveiled in Istanbul on the first day of the G20 finance ministers’ meeting in the Turkish city.

Greece’s falling GDP per head. Labour to double paid paternity leave to four weeks. 9 February 2015Last updated at 05:53 ET Labour says the plan will give children "the best start in life" A future Labour government would double the amount of paid paternity leave available to new fathers from two to four weeks, Ed Miliband has announced. Cheer for motorists as fuel prices hit five-year low. Land and property Stamp Duty Tax calculator. Discount store Netto back trading in UK. Discount supermarket Netto is back trading in the UK after opening its first store under a partnership with Sainsbury's.

Child poverty set to rise, says social mobility commission. 20 October 2014Last updated at 09:00 ET. Housing market at 'plateau' as mortgage rates fall, CML says. 20 October 2014Last updated at 06:08 ET A number of mortgage lenders have cut rates in recent weeks. Drinkers offered pill to help reduce alcohol consumption. Drinkers who have half a bottle of wine or three pints a night are to be offered a life-saving pill which helps reduce their alcohol consumption. Price elasticity of demand. Shoppers lose appetite for big supermarkets. However, Tesco's shares have never reached such heights since and last week Buffett made a rare and stark admission, saying: "I made a mistake on Tesco. " UK house price growth rate slowing, Halifax says.

TUC - Britain at work. Citizens Advice  - the charity for your community. Microeconomics Table of Contents. Competition and Markets Authority.