Who Are The Anunnaki? By D.M. 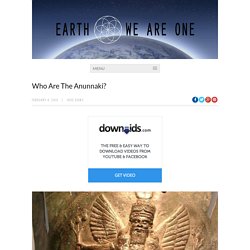 Murdock/Acharya S Are the Anunnaki real? Are they aliens? Or are they part of a bigger picture? Pagan Calendar - February 2015. This Pagan calendar shows Pagan, Witch, Druid and Heathen festivals, dates and events. 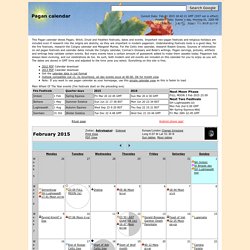 Important neo-pagan festivals and religious holidays are included even if research into the origins are sketchy, as they are important in modern paganism. Understanding festivals roots is a good idea, for the fire festivals, research the Coligny calendar and Margaret Murray. A Wave of Transformational Change is Building in the Field. By Openhand Contributing Writer for Wake Up World It’s coming. 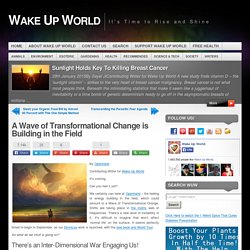 Can you feel it yet? 16 Signs You're An Emotionally Intelligent Person. Many of us grew up in homes where feeling was a bad word. 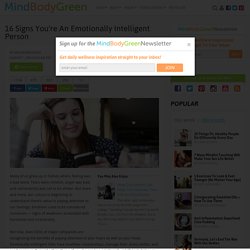 Tears were childish, anger was bad, and vulnerability was not to be shown. But more and more, our culture is beginning to understand there's value in paying attention to our feelings. Emotions used to be considered nuisances — signs of weakness associated with hormones and irrationality. Earth Chakras And Vortices - The Earth Energy Grid. Looking at Nature all around us, we cannot help but marvel at its raw beauty and rhythm. 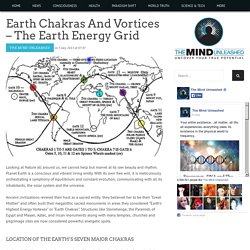 Planet Earth is a conscious and vibrant living entity. With its own free will, it is meticulously orchestrating a symphony of equilibrium and constant evolution, communicating with all its inhabitants, the solar system and the universe. Ancient civilizations revered their host as a sacred entity: they believed her to be their “Great Mother” and often built their megalithic sacred monuments in areas they considered “Earth’s Highest Energy Vortexes” or “Earth Chakras”. Structures like Stonehenge, the Pyramids of Egypt and Mayan, Aztec, and Incan monuments along with many temples, churches and pilgrimage sites are now considered powerful energetic spots.

Location of the Earth’s Seven Major Chakras Ancient civilizations and modern esoteric traditions believe that the body of our physical blue planet materialized from a universal energy matrix and has a subtle structure, similar to the human energy field. Solfeggio Frequencies Set Body Into Full Harmony. What are the Solfeggio frequencies? 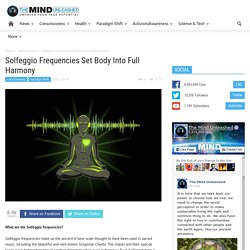 Solfeggio frequencies make up the ancient 6-tone scale thought to have been used in sacred music, including the beautiful and well known Gregorian Chants. The chants and their special tones were believed to impart spiritual blessings when sung in harmony. Each Solfeggio tone is comprised of a frequency required to balance your energy and keep your body, mind and spirit in perfect harmony.

The main six Solfeggio frequencies are: Nikola Tesla’s life is eloquently reenacted in this beautiful video // BONUS DOWNLOAD: a Huge Torrent of Every Article That Was Written By Or About Him. This video below takes you on an adventure of Tesla’s life in one of the most unique artistic expressions you’ve ever seen. 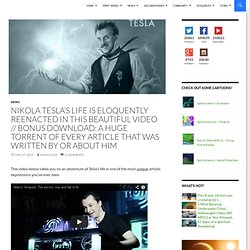 After watching that video it gave me a sense of hope and a burning desire to see what Tesla was up to. I felt like I needed to see more about him and what he thought about. We searched the internet and found an article about Derek Washington. 5 Questions Guaranteed To Help You Know Yourself Better. By Dr. 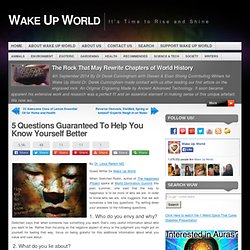 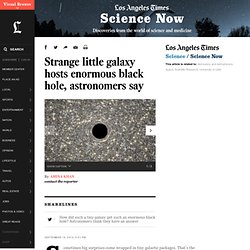 That’s the strange find from a team of astronomers who discovered an enormous supermassive black hole in a very unlikely place: at the center of an ultracompact dwarf galaxy. The galaxy known as M60-UCD1, whose oversized black hole was described in the journal Nature, belies the conventional wisdom – that big galaxies have really big black holes at their center, and small galaxies have relatively smaller black holes. And it could mean that the universe hosts many more supermassive black holes than previously thought, since many could be tucked in the centers of tiny, unassuming ultracompact galaxies. Your standard black hole left over from the death of a star may weigh several to a few dozen suns. But supermassive black holes can hold the mass of millions or even billions of suns, and they are found at the center of almost every massive galaxy in the universe. Fascinated by black holes?

Copyright © 2014, Los Angeles Times. What Science Is Telling Us About The Heart’s Intuitive Intelligence. The wonderful and brilliant scientists over at the Institute of HeartMath have done some amazing work in shedding a light on the science of the heart. 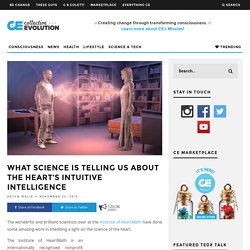 The Institute of HeartMath is an internationally recognized nonprofit research and education organization dedicated to helping people reduce stress, self-regulate emotions, and build energy and resilience for healthy, happy lives. Groundbreaking Idea Of Life's Origin. A Meditation on the Art of Not Trying. Photo Just be yourself. The advice is as maddening as it is inescapable. A Meditation on the Art of Not Trying. Www.iflscience.com/space/one-and-half-billion-pixels-andromedan-magnifcence. The Hubble Space Telescope has been used to take a 1.5 billion pixel image of the Andromeda Galaxy. You can see an overview of the image below, but that doesn't do the full image justice.

Most monitors display less than two million pixels, so when you look at the whole image you are probably losing almost 99.9% of the resolution. To take full advantage of the effort NASA and the European Space Agency have put into creating this image, you need to go to the Hubble site where it is possible to zoom into patches of the galaxy, seeing the extraordinary detail come to life every time you click. What may have seemed like a single star is revealed as a dense cluster or a giant surrounded by hundreds of others too faint to make out in the wider view.

Credit NASA/ESA. 5 Spiritual Myths That Are Blocking You From Living Fully. We are on earth with one passion to discover and share I love this myth. You know, there are some people on the planet who have one passion that transcends their entire lifespan. But imagine you’re like my friend Marie. She was passionate about sewing. She sewed new cushion covers for her entire office and home.