Read A Monster Calls online free by Patrick Ness. The monster showed up just after midnight. 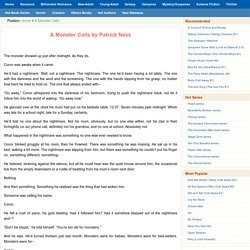 As they do. Conor was awake when it came. He’d had a nightmare. Well, not a nightmare. The nightmare. “Go away,” Conor whispered into the darkness of his bedroom, trying to push the nightmare back, not let it follow him into the world of waking. He glanced over at the clock his mum had put on his bedside table. 12.07. He’d told no one about the nightmare. What happened in the nightmare was something no one else ever needed to know. Conor blinked groggily at his room, then he frowned. He listened, straining against the silence, but all he could hear was the quiet house around him, the occasional tick from the empty downstairs or a rustle of bedding from his mum’s room next door. A Monster Calls by Patrick Ness - book trailer. A Monster Calls Summary.

13-year-old Conor O'Malley's mom (or "mum," as the Brits say), is dying of cancer, and Conor's having nightmares. 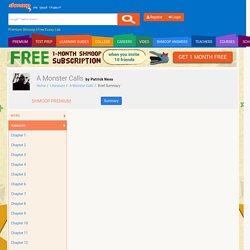 In his recurring dream—SPOILER ALERT! —a terrifying monster tries to pull his mother down into a pit, and Conor's at the edge trying to hang onto her hands. Not that we know this at the beginning. This dream is, in fact, the thing we wait the whole book to find out. Every time Conor has the dream, he wakes up at exactly seven minutes past midnight. This monster spends its days as a yew tree in the cemetery behind his house, but at night it turns into a terrifying tree-creature with skin made of leaves and slices of bark for teeth. First, though, the monster tells Conor three stories on three separate nights. Speaking of the cancer, the last-ditch chemo the doctors tried on Conor's mother is failing. A Monster Calls. A Monster Calls is a low fantasy novel written for children by Patrick Ness "from an original idea by Siobhan Dowd", illustrated by Jim Kay, and published by Walker in 2011.[1] Set in present-day England, it features a boy who struggles to cope with the consequences of his mother's terminal cancer; he is repeatedly visited in the middle of the night by a monster who tells stories. 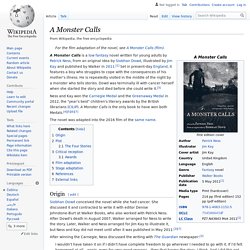 Dowd suffered from terminal cancer herself when she started the story and died before she could write it.[3] Origin[edit] Siobhan Dowd conceived the novel during her own terminal illness. She discussed it and contracted to write it with editor Denise Johnstone-Burt at Walker Books, who also worked with Patrick Ness. After Dowd's death in August 2007, Walker arranged for Ness to write the story. After winning the Carnegie, Ness discussed the writing with The Guardian newspaper:[3] I wouldn't have taken it on if I didn't have complete freedom to go wherever I needed to go with it. 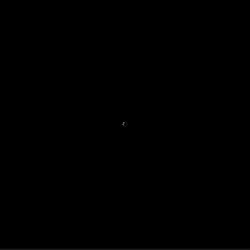 Bayona (The Impossible). 12-year-old Conor (Lewis MacDougall) is dealing with far more than other boys his age. His beloved and devoted mother (Felicity Jones) is ill. He has little in common with his imperious grandmother (Sigourney Weaver). His father (Toby Kebbell) has resettled thousands of miles away. Ancient, wild, and relentless, the Monster guides Conor on a journey of courage, faith, and truth that powerfully fuses imagination and reality. A visually spectacular drama from acclaimed director Juan Antonio Bayona (The Impossible), based on the award-winning children’s fantasy novel. 12-year-old Conor (Lewis MacDougall) attempts to deal with his mother’s (Felicity Jones) illness and the bullying of his classmates by escaping into a fantastical world of monsters and fairy tales that explore courage, loss, and faith. 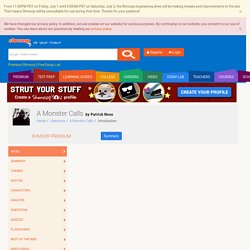 You ask what it's about, and your friend says, "Well, actually, the book never really says what it's about, but trust me, you have to read it. " Would you? Sure, you might think your friend's a little nuts, but we're betting your curiosity's piqued. And that's exactly what draws us to A Monster Calls: Conor's mom has cancer, but nobody ever says the C-word. So get out your powers of inference, Shmoopers, because you're going to have to do some reading between the lines here. There's an old joke that people always whisper "cancer" instead of saying it in full voice.

Which is fair. So wait, you may be thinking. Because you like to cry a lot. Okay, so you may not have watched your mom die of cancer, but there are all kinds of loss that break our hearts. Most of us want to plug our ears and go la la la when we think about death (unless we're Goth, in which case we're already hanging out in cemeteries). 0763655597.bdg.1.