It’s Friends and Family Breaching Patient Privacy – Not Estonian Hackers. GrillCheck™ for iPhone, iPad, and iPod touch on the iTunes App Store. Did the Sharing Economy Force This Man Out of His Home? Chris Butler, standing in his Russian Hill neighborhood. 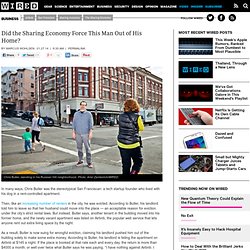 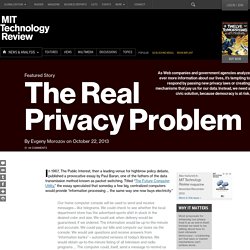 Titled “The Future Computer Utility,” the essay speculated that someday a few big, centralized computers would provide “information processing … the same way one now buys electricity.” Our home computer console will be used to send and receive messages—like telegrams. We could check to see whether the local department store has the advertised sports shirt in stock in the desired color and size. GrillCheck™ for iPhone, iPad, and iPod touch on the iTunes App Store. Spilltrend : @Scobleizer try @GrillCheck... 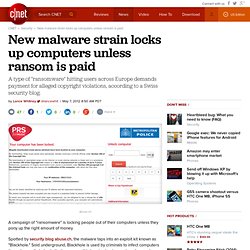 Spotted by security blog abuse.ch, the malware taps into an exploit kit known as "Blackhole. " Sold underground, Blackhole is used by criminals to infect computers through security holes in the browser or third-party plug-ins, such as Java and Adobe Reader. What the FBI didn’t tell us about the hotel malware threat. If you follow the field of computer security chances are that you saw the warning issued by the FBI's Internet Crime Complaint Center (IC3) this week about using hotel internet connections.

Here's the full text of the advisory, with some responses sprinkled throughout from yours truly: Malware Installed on Travelers' Laptops Through Software Updates on Hotel Internet ConnectionsRecent analysis from the FBI and other government agencies demonstrates that malicious actors are targeting travelers abroad through pop-up windows while establishing an Internet connection in their hotel rooms. "Malicious actors"? Are we talking cybercriminal gangs and fraudsters or state-sponsored bad guys from an enemy nation? "Travelers abroad"? Why the coyness about naming countries? Recently, there have been instances of travelers' laptops being infected with malicious software while using hotel Internet connections. 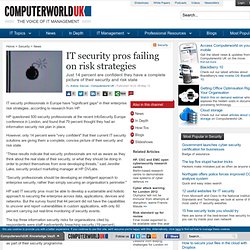 HP questioned 500 security professionals at the recent InfoSecurity Europe conference in London, and found that 79 percent thought they had an information security risk plan in place. However, only 14 percent were "very confident" that their current IT security solutions are giving them a complete, concise picture of their security and risk state. “These results indicate that security professionals are not as aware as they think about the real state of their security, or what they should be doing in order to protect themselves from ever developing threats,” said Jennifer Lake, security product marketing manager at HP DVLabs.

“Security professionals should be developing an intelligent approach to enterprise security, rather than simply securing an organisation’s perimeter. " Drones, Secret Surveillance, and Classifying the Wizard of Oz. Article by Trevor Timm. 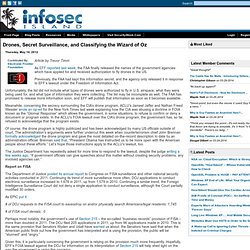 Messages that self-destruct after you send them. By BRIAN TAFF and HEATHER GRUBOLA. 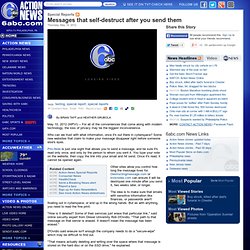 Anonymous Takes The Kremlin Offline In Putin Protest. High performance access to file storage Hacktivist group Anonymous has been up to its old tricks again, this time briefly taking out the web site of the Russian president as a show of support for the growing opposition to newly re-crowned leader Vladimr Putin. 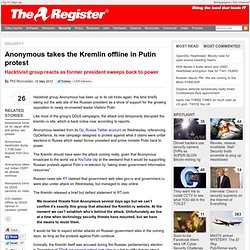 Like most of the group's DDoS campaigns, the attack only temporarily disrupted the kremlin.ru site, which is back online now, according to reports. Anonymous tweeted from its Op_Russia Twitter account on Wednesday, referencing OpDefiance, its new campaign designed to protest against what it claims were unfair elections in Russia which swept former president and prime minister Putin back to power. The Kremlin should have seen the attack coming really, given that Anonymous broadcast to the world via a YouTube clip at the weekend that it would be supporting Russian protests against Putin’s re-election by “taking down government information resources”. The Kremlin released a brief but defiant statement to RT.com. Hackers Post Thousands of Twitter Account Logins. Reports indicate that thousands of Twitter usernames and passwords have been posted via Pastebin. 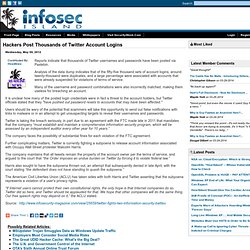 Analysis of the data dump indicates that of the fifty-five thousand sets of account logins, around twenty-thousand were duplicates, and a large percentage were associated with accounts that were already suspended for violations of terms of service. Many of the username and password combinations were also incorrectly matched, making them useless for breaching an account. It is unclear how many of the posted login credentials were in fact a threat to the account holders, but Twitter officials stated that they "have pushed out password resets to accounts that may have been affected. " Users should be wary of the potential that scammers will take this opportunity to send out false notifications with links to malware or in an attempt to get unsuspecting targets to reveal their usernames and passwords.