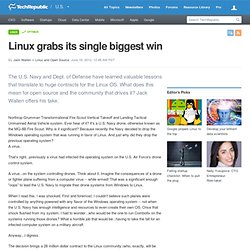 Navy and Dept. of Defense have learned valuable lessons that translate to huge contracts for the Linux OS. What does this mean for open source and the community that drives it? Jack Wallen offers his take. Northrop Grumman Transformational Fire Scout Vertical Takeoff and Landing Tactical Unmanned Aerial Vehicle system. Ever hear of it? Home. Übergabe des Leitfadens „Architekturen in der wehrtechnischen Industrie“ (Verteidigung. Am 5. 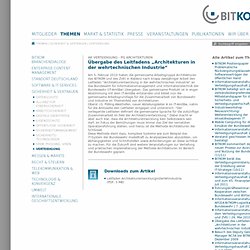 The Accumulo Challenge, Part I. The dozens of software projects launched in the wake of Google’s Big Table and Map Reduce papers have changed the way we handle large datasets. 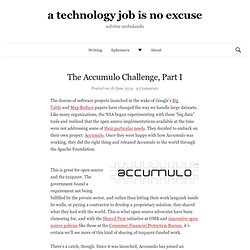 Like many organizations, the NSA began experimenting with these “big data” tools and realized that the open source implementations available at the time were not addressing some of their particular needs. They decided to embark on their own project: Accumulo. Once they were happy with how Accumulo was working, they did the right thing and released Accumulo to the world through the Apache Foundation. This is great for open source and the taxpayer. The government found a requirement not being fulfilled by the private sector, and rather than letting their work languish inside its walls, or paying a contractor to develop a proprietary solution, they shared what they had with the world.

There’s a catch, though. First of all: Wow. Let’s put the Committee’s reasoning to the side for a moment, and look at the remedy they proposed. Topic: Alliance Ground Surveillance (AGS) Originating from the Defence Planning Committee in 1992, the AGS programme was defined as a capability acquisition effort in 1995, when the NATO Defence Ministers agreed that “the Alliance should pursue work on a minimum essential NATO-owned and operated AGS core capability, supplemented by interoperable national assets”. 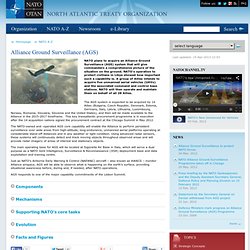 The AGS programme was to provide NATO with a complete and integrated ground surveillance capability that would offer the Alliance and its nations unrestricted and unfiltered access to ground surveillance data in near-real-time and in an interoperable manner. It was to include an air segment comprising airborne radar sensors and a ground segment comprising fixed, transportable and mobile ground stations for data exploitation and dissemination, all seamlessly interconnected linked through high-performance data links. Aufklärungsdrohne: Luftwaffe präsentiert neuen Supervogel. David A. Wheeler's Blog. Presenting at American Society for Quality On February 25, 2014, I will be presenting on “Open Source Software and Government” at the American Society for Quality (ASQ) Software SIG. 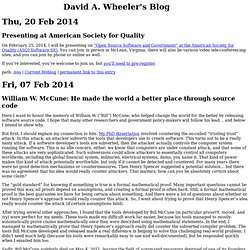 You can join in person in McLean, Virginia; there will also be various video tele-conferencing sites, and you can join by phone or online as well. If you’re interested, you’re welcome to join us, but you’ll need to pre-register. path: /oss | Current Weblog | permanent link to this entry William W. Here I want to honor the memory of William W. But first, I should explain my connection to him.

The “gold standard” for knowing if something is true is a formal mathematical proof. After trying several other approaches, I found that the tools developed by Bill McCune (in particular prover9, mace4, and ivy) were perfect for my needs. Bill McCune released many tools as open source software (including prover9, mace4, ivy, and the older tool Otter). I think Bill McCune made great contributions to many, many, others.

U.S. Military Chose Android for Tactical Ops. The Defense Department has chosen Android to develop a smartphone network and military apps for soldiers out in the field. 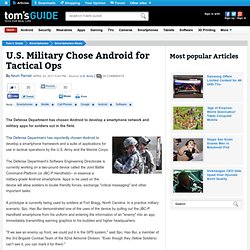 The Defense Department has reportedly chosen Android to develop a smartphone framework and a suite of applications for use in tactical operations by the U.S. Army and the Marine Corps. The Defense Department's Software Engineering Directorate is currently working on a two-pound device called the Joint Battle Command-Platform (or JBC-P Handheld)-- in essence a military-grade Android smartphone. Apps to be used on the device will allow soldiers to locate friendly forces, exchange "critical messaging" and other important tasks. A prototype is currently being used by soldiers at Fort Bragg, North Carolina. "If we see an enemy up front, we could put it in the GPS system," said Spc. 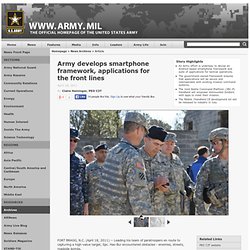 FORT BRAGG, N.C. The Mobile /Handheld CE development kit will be released to industry in July, he said.